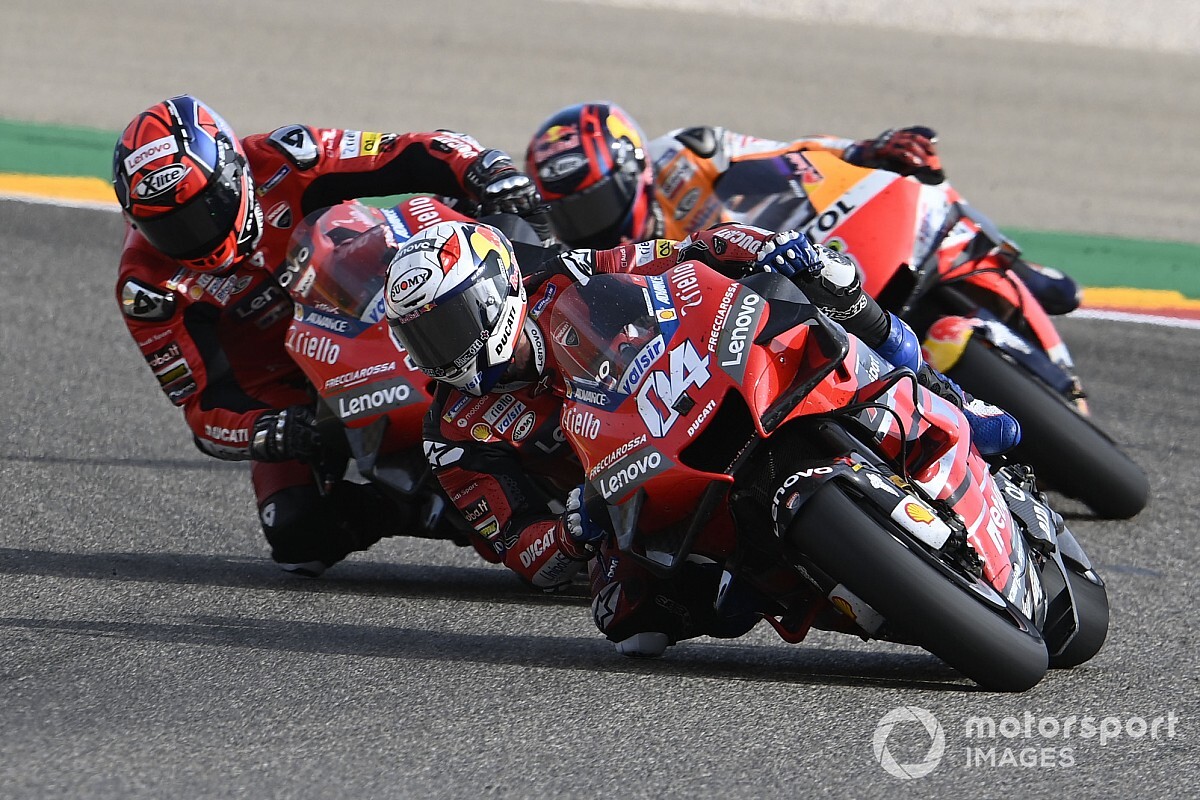 Ducati endured another tough Aragon round, with Dovizioso only qualifying 17th and being forced into another recovery ride.

Dovizioso got to has high as ninth by mid-race and was pressuring title rival Fabio Quartararo before a mistake on the brakes into Turn 8 dropped him down to 13th.

The Italian joined the majority of the field in running the soft rear tyre, while the race was won by Franco Morbidelli on the medium rear.

But Dovizioso doesn't believe his tyre choice affected his result, and says his drop was a "consequence" of him not being able to ride the GP20 comfortably.

"In the race, in the beginning, my speed wasn't too bad in the group but the soft tyre was too soft for everybody and the drop was huge for everybody," he explained.

"But when you ride aggressive and you are not smooth because you are not comfortable, you use more tyre.

"And that happened in the race and I completely finished the tyre. I had arm pump, but this is all a consequence when you ride in a bad way, when you don't have the feeling."

When asked if his tyre choice was incorrect, he added: "To say if it's the wrong tyre or good choice, I think it's more related to the way you ride.

"I think it's like… this is a different tyre, but I think it's like in the last two years, most of the time we were able to use a softer tyre compared to the competitors.

"This is not our case. But the step from the soft to the medium was big and almost everybody chose the soft.

"Maybe with the medium it would have been better, but we are talking about small things compared to the gap we took at the end of the race.

"So, I don't think the choice of the tyre created a bad situation in the race. It's just a consequence."

Having said on Saturday the title was "out of my hands", Dovizioso once again reiterated his chances are "almost zero".

"I don't have any speed to think about the championship. So, strategy or what we can do or how many chances we have, I think in this moment is almost zero.

"So, I don't think it's the moment to really speak about the championship. With that speed, you can't fight."