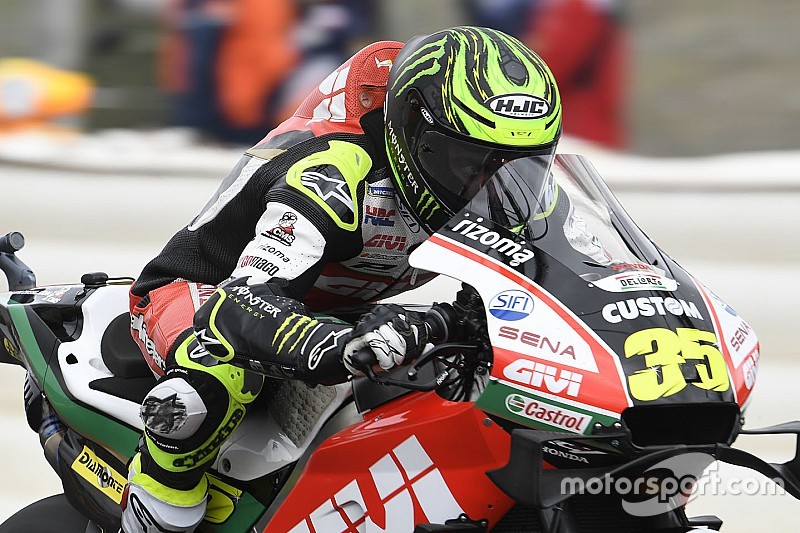 LCR rider Cal Crutchlow says he feels less comfortable with the current specification of Honda's MotoGP bike, which he says “feels nothing like” the 2018 version.

While he has nine points fewer than at the same stage last year, Crutchlow has looked in solid enough form on the 2019-spec RC213V, scoring a podium in Qatar and being denied likely top-three opportunities by a jump-start penalty in Argentina and a crash at COTA.

After “surviving” en route to eighth in Jerez, hampered by tyre choice and a “terrible start”, Crutchlow says he is not feeling completely in tune with the latest iteration of Honda's grand prix bike.

“I need to find the feeling of the bike,” Crutchlow said. “My problem is that the bike feels absolutely nothing like last year's bike, that's my issue.

“We've done four races, so I know the feeling of this year's bike, but I think the chassis side of things from last year, I felt a lot better.

“Don't forget, I rode the '18 bike this year, I back-to-backed them, and the feeling of confidence I had with that bike is a lot more than what I have with this one.”

Honda has made a significant step with its MotoGP engine in 2019, but Crutchlow has previously warned that these gains may have come at the expense of the bike's traditional front-end strength.

The Japanese firm leads both the riders' and manufacturers' standings, and while Marc Marquez is only one point ahead of Suzuki's Alex Rins in the title race, he is widely regarded as the favourite for the championship.

“Everyone will always say 'oh, Marc's winning on it' but Marc, you have to accept that he's a different rider, he's not me,” Crutchlow continued.

“Maybe if he jumped on the '18 bike, maybe he'd not be as fast as he what he is on the '19, I don't know. At the moment that's the way I'm feeling, we need to work on it - I'm still confident, I still feel fast, I feel motivated and good.

“As I say, I'm looking at eighth place [at Jerez] as a bad result, but it means that you're in the top eight in the world, it's as simple as that.”

Crutchlow suffered a major injury to his right ankle at the end of last season, and had not recovered fully in time for the beginning of the 2019 campaign.

The Briton says he is still lacking in mobility when it comes to using the right foot brake.

“Compared to last year, I'm really struggling in that area, to get my foot off the brake in the middle of the corner," he explained. “It's 60 degrees lean angle, when you're trying to lean the bike and have full pressure on the rear brake, then to release it is what I'm struggling with.

“But I have to deal with it and that's it. It's never going to get any better. You have to adapt, and that's it. I need to maybe try the thumb brake again, but I have no time, you can't come to these races and [learn from scratch].”

Rossi: Quartararo was "better" than other Yamahas in Jerez