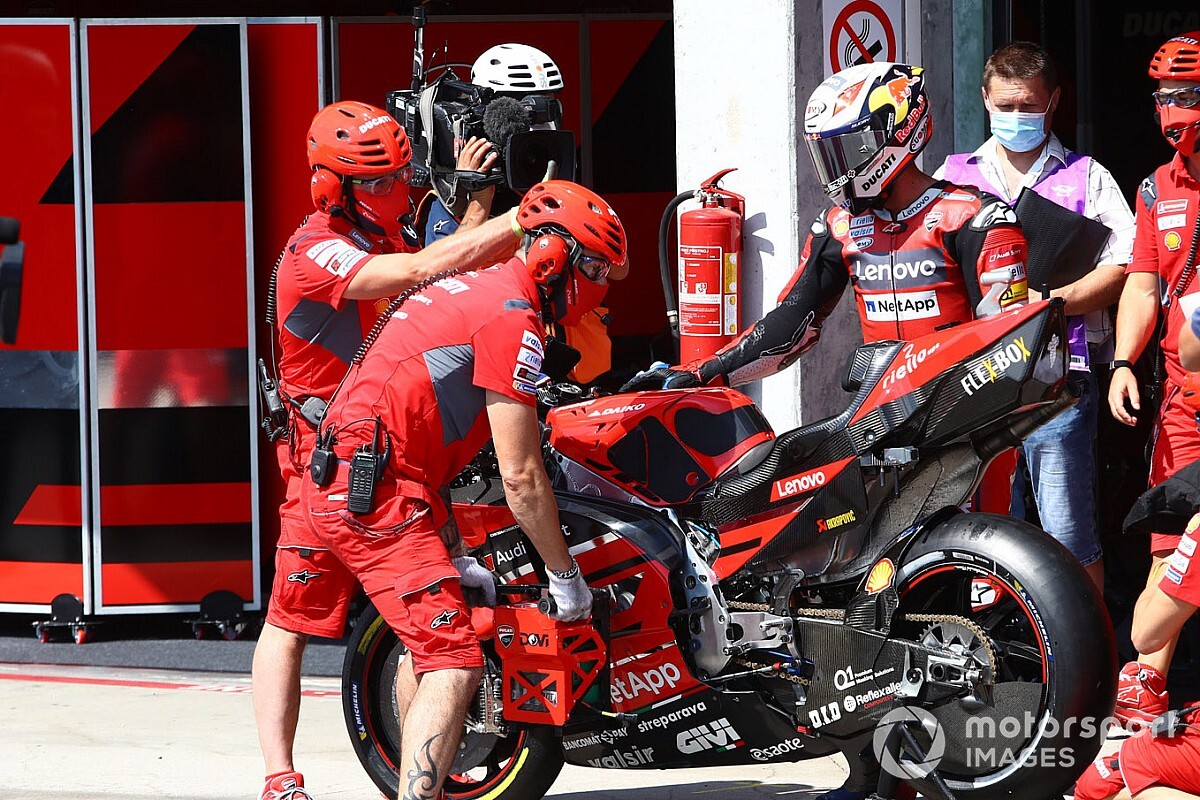 The factory Ducati rider was unable to secure a place into Q2 at the end of FP3 and struggled through the Q1 session, eventually ending up 18th with a lap some eight tenths outside of progressing into the second part of qualifying.

Dovizioso, who finished last year’s Brno race in second place, has struggled all year with Michelin’s new construction rear tyre, although he felt on Friday that he was able to work the bike better than he had at Jerez last month.

“The tyre for sure is the only difference compared to last year,” said Dovizioso. “This is the only clear thing I had in my mind. And this is not an excuse, this is just the reality.

“I don’t know what happened today, the qualifying, it was bad and my speed was very bad. I didn’t expect that. My pace on the used tyre is not that bad, especially in practice four. I wasn’t the fastest, but not that far to the fastest. So, close to the podium.

“But when I have to do the lap time and I have to push harder on the front I am not able to use the potential of the tyres and the bike. It’s not clear because we changed a lot of things, but it looks like we didn’t change the way the rear tyre affects everything because I’m not riding in a good way like in the past.

“In the past I was able to brake hard, control the slide until the middle of the corners, to be a bit long and come back and very close to the corner to pick up the bike. I’m not able to do that. And this is the point, but we change a lot of things and we couldn’t really fix it.

“So, yes, I’m a bit worried about that because if you look and study a bit from the beginning, from the test this winter, you see the situation was very similar. Fortunately, our pace in Qatar on used tyre was really good, but the lap time wasn’t that good. We change the track [but] Jerez was the same.

“So, looks like we are working but we couldn’t really find the way and I don’t know, I really don’t know. This is a bit unusual situation for me because normally when I’m fast or I’m slow I very well know why.”

When asked if he would have to make a big change to his bike to adapt to the tyre, Dovizioso says “big change doesn’t exist” in MotoGP and doing so to the set-up generally means it won’t work.

“I don’t know, big change – what you do?” he asked rhetorically. “I mean, big change doesn’t exist.

“It’s difficult to make... the change you can make is about set-up, but normally it doesn’t work if you make a big change. So we have to find a way, we have to find something.

“I don’t know, I don’t really know. I don’t have a clear answer so it’s difficult to answer.”