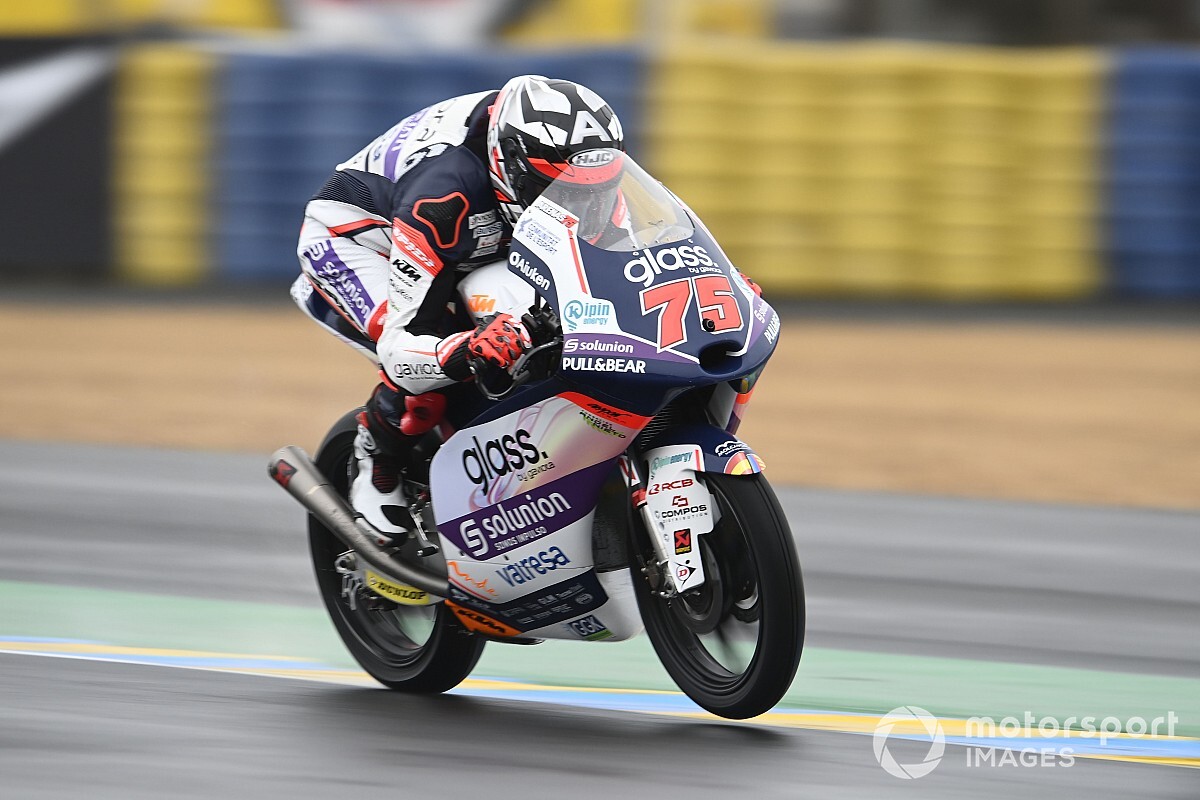 Current Moto3 points leader Albert Arenas will step up to the Moto2 class in 2021 with his current Aspar squad alongside Aron Canet.

Arenas has spent his entire grand prix career with Jorge Martinez’s outfit, making his full-time Moto3 debut in 2017 before claiming his first wins the following season in France and Australia.

Scoring a third victory last year in Thailand, Arenas opened the 2020 campaign with back-to-back wins to emerge as an early favourite and has since added one more victory, as well as two further podiums.

Arenas will join Canet – who is out injured following a crash at Le Mans – and will ride a Speed Up chassis.

“I am very happy and excited to be able to make the leap to Moto2,” the 23-year-old said. “I am satisfied to meet one of my main goals this year.

“The desire to go to Moto2 was getting higher and higher and I think the change comes at the right time.

“I have grown a lot as a rider and as a person and I am putting it into practice. I have trained a lot with the 600 and it is a very fun bike, more comfortable.

“I really want to get to Moto2 now, but I will continue to focus on this year to achieve the other goal we have.

“I am very excited to continue with the Aspar Team, which during its history has had many successes, and to be able to give them success myself is something very satisfying.

“I want to thank all the people who have made it possible for me to get here, from my technical team to the sponsors and all those who have supported and continue to support me in my career.”

It is thought Roberts’ place will be taken by MotoAmerica Superbike champion Cameron Beaubier, who tallied up his fifth title in the series last weekend at Indianapolis.