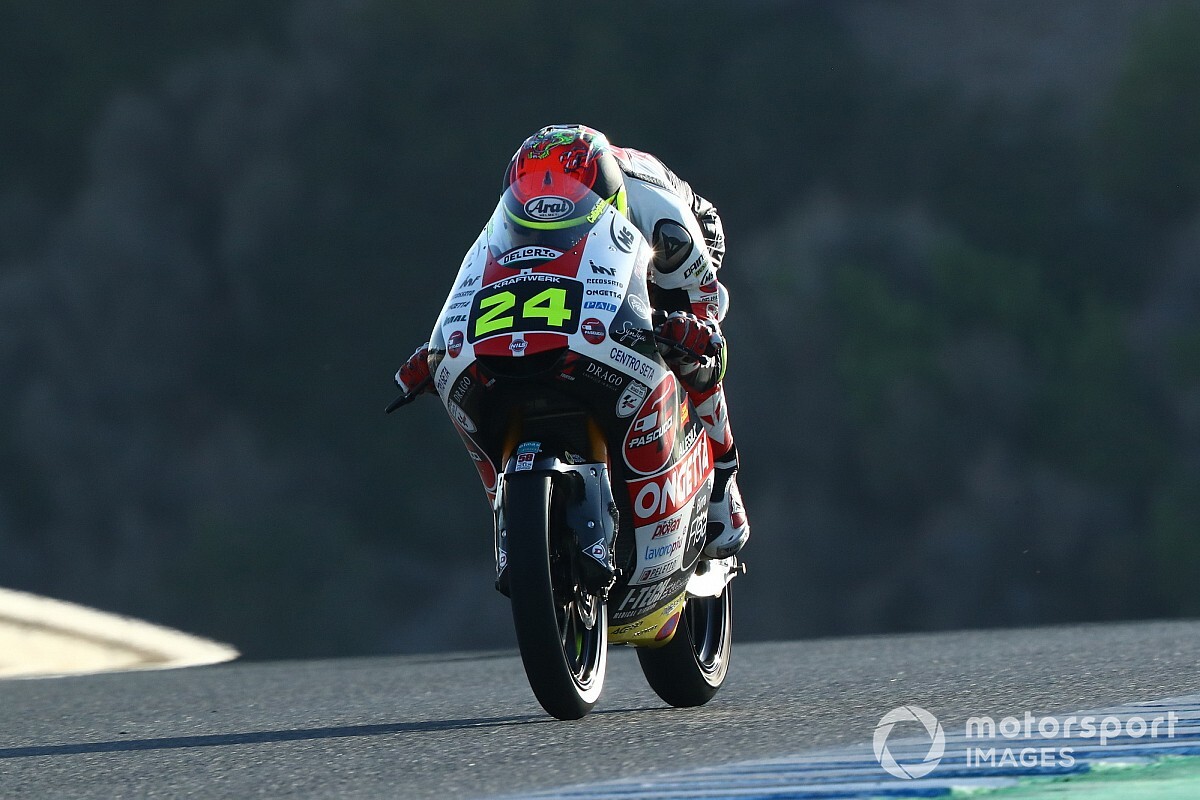 Tatsuki Suzuki claimed his second-ever Moto3 victory in the Andalusian Grand Prix at Jerez on Sunday, as championship leader Albert Arenas crashed out of the race.

Suzuki led the field from pole position for the second weekend in a row, but - after dropping downthe order in the first Jerez race - appeared to have the measure of his rivals this time.

Although the SIC58 Squadra Corse rider was unable to shake off the competition and was often passed by rivals, he never ceded the lead for more than half a lap.

With six laps to go, Suzuki managed to pull away from the field by half a second, but CIP’s Darryn Binder - who had started down in 25th place - was able to reduce that advantage in no time.

However, Suzuki received a lifeline when John McPhee (Petronas Sprinta) started chasing down Binder for second, the tight scrap between the two giving the Japanese rider much needed breathing space out in front.

Binder initially dropped to fifth after a mistake on the final lap, but was promoted to fourth after a penalty for Gresini’s Jeremy Alcoba.

Alcoba’s teammate Gabriel Rodrigo, who spent much of the race battling with Suzuki for the lead, was eventually classified fifth, ahead of Raul Fernandez (KTM Ajo) and Alcoba.

Aspar rider Arenas, who won the opening two rounds of the season at Losail and Jerez, suffered a nasty crash at Turn 11 with eight laps to go. He had to be taken to the medical centre on a stretcher, but was later seen walking out of the ambulance unaided.

Arenas still leads the championship on 50 points, helped by his closest rival pre-race Ai Ogura (Honda Asia) being taken out by Leopard rider Jaume Masia. Suzuki is up to second in the points on 44, followed by McPhee on 40.