Toyota's Kamui Kobayashi admits he feels "a little bit disappointed" at missing out on breaking his Le Mans 24 Hours lap record from three years ago in the final year of the current-generation LMP1s.

That meant traffic was much less of an issue than it traditionally has been during qualifying, potentially putting Kobayashi's 3m14.791s record from 2017 within reach.

The ex-Formula 1 racer posted a 3m15.267s this time around to secure the top spot for the #7 Toyota TS050 Hybrid, just over half a second up on the second-placed Rebellion R-13.

But Kobayashi was up on that benchmark by six tenths at the end of the second sector and looked on course to break his own record, until he backed off after being informed of a track limits violation at Tertre Rouge that invalidated the lap.

"To be honest, [I feel] a little bit disappointed because on my second attempt it seemed I could break my record," said Kobayashi afterwards.

"I think we did the right move but unfortunately, I had the lap deleted, so I had to stop. I was gaining already seven tenths, which is already breaking the record, so it’s a big shame.

"But this is how it is. The team did a really great job, I was pretty confident in the car, and with this Hyperpole as a driver it’s a great opportunity to drive the [circuit] without traffic. It’s a fantastic feeling for me." 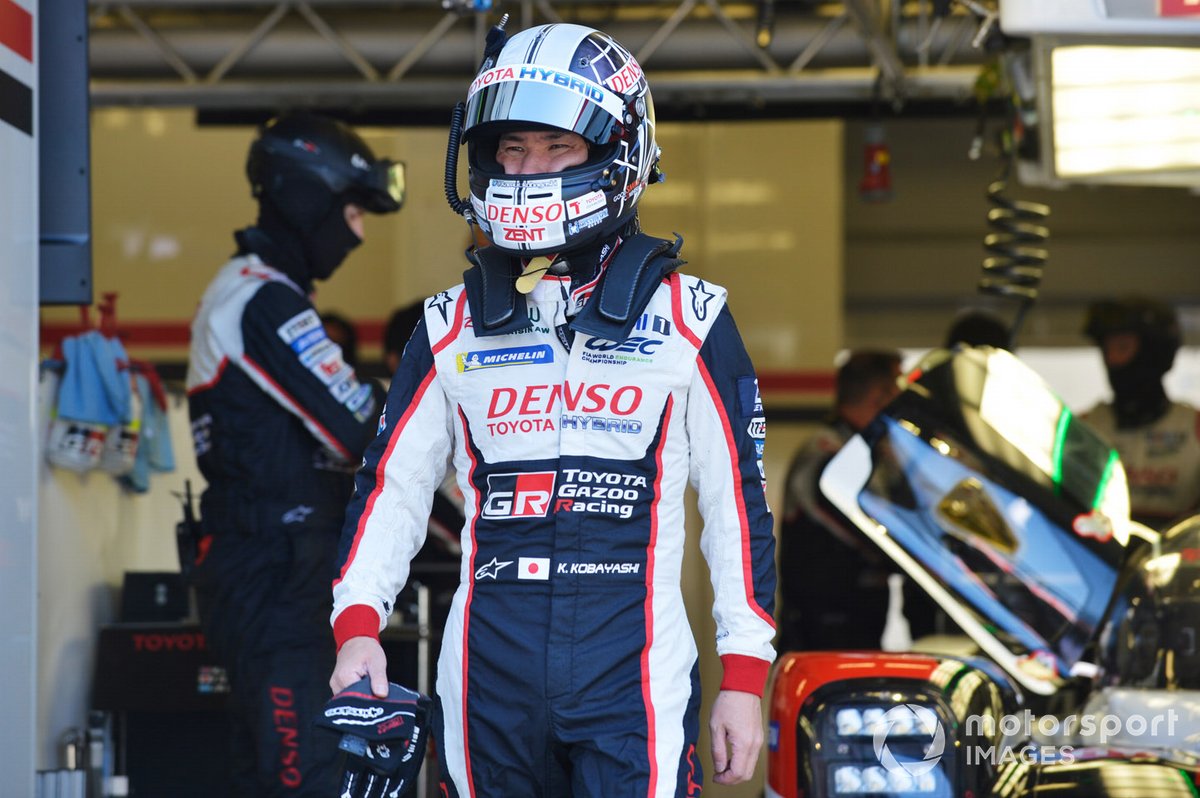 WEC points leaders Kobayashi, Jose Maria Lopez and Mike Conway are still seeking their first Le Mans triumph, having missed out to the sister Toyota crew of Kazuki Nakajima, Sebastien Buemi and Fernando Alonso for the past two years.

Kobayashi is hoping the momentum the #7 crew is carrying from their win in the previous round of the series at Spa last month will translate into success this weekend.

"From what happened last year we are definitely hungry to finally win," said the Japanese driver. "We were always pretty quick here, but somehow we never won.

"The same thing was happening at Spa, but this year we managed to win at Spa, so I think this year could be different and we’ll try our best. I think Le Mans is always something special, even if you have one of the best cars [sometimes] you still can’t win.

"This is the story of the 24 Hours, but it’s always important to push and do your best."

Alpine in "another category" to Toyota at Sebring - Kobayashi