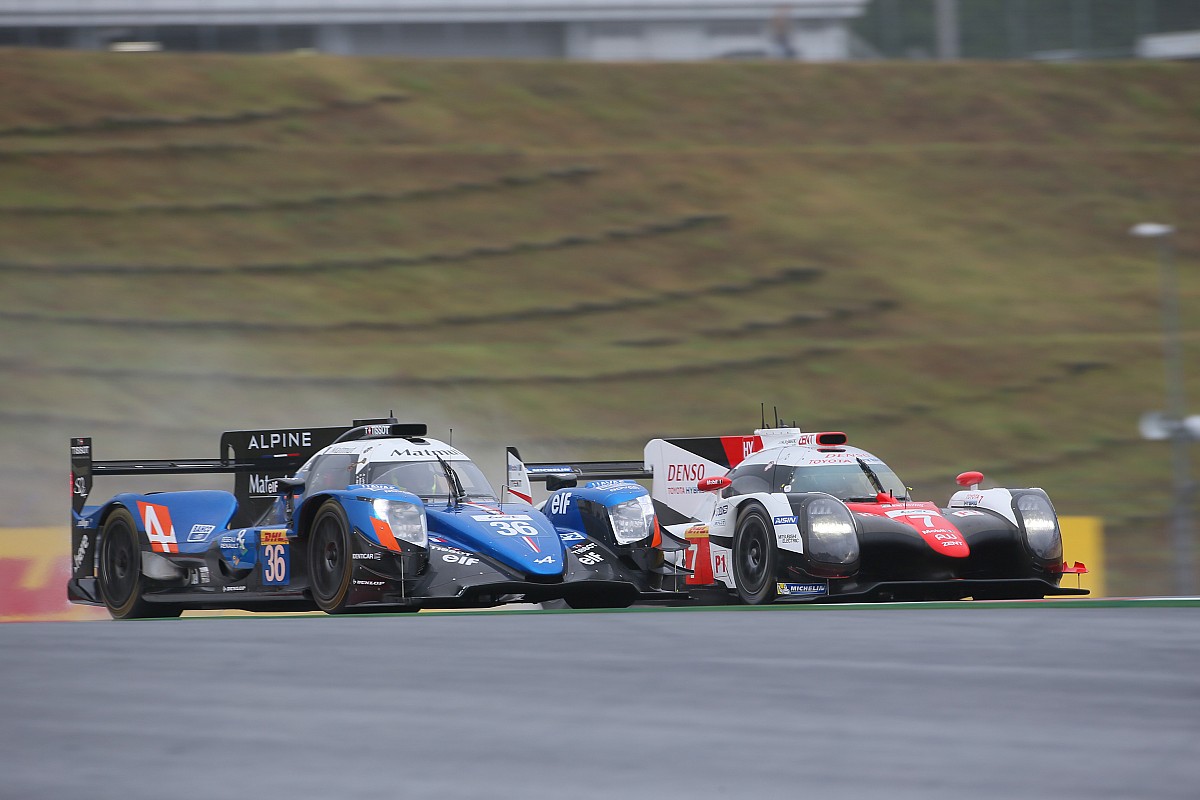 Toyota says it would "not be correct" if Alpine's grandfathered LMP1 car gets performance parity with the new breed of Le Mans Hypercars that will race in the FIA World Endurance Championship's top class next year.

This week, it was announced that Alpine will be campaigning a solo Rebellion R-13 in the WEC next season with support from Oreca, which will be up against a new generation of machinery from Toyota, Glickenhaus and ByKolles.

With the new LMH cars set to be slower than the LMP1 cars they were intended to replace, it means series organisers face the task of trying to balance the two rulesets.

Toyota Gazoo Racing Europe technical director Pascal Vasselon believes that the rulemakers must "respect" the investments made by the LMH manufacturers and ensure the new cars maintain a performance edge over the 'grandfathered' LMP1s.

"We want to have the most complete grid as possible," acknowledged Vasselon. "Toyota has accepted important compromises for the future in relation to what we consider to be a good racing formula. For example, the BoP is not something we like at all, but we have come to the conclusion that without BoP we would have no competitors.

"The question will be how to fit in the grandfathered LMP1 in relation to the new LMHs. Even without mentioning Toyota, we must respect the fact that people like Glickenhaus and ByKolles have invested quite heavily in the new category.

Alpine's Rebellion is likely to be the only 'grandfathered' LMP1 on the WEC grid next year, unless Ginetta can find a willing customer to operate its G60-LT-P1 design.

Philippe Sinault, the boss of the Signatech LMP2 team that will run the Alpine Oreca next year, said that he is "very confident" of being given a level playing field in 2021.

"I am confident [of competing with the LMH cars] because it is in the common interest of all," said Sinault. "Of course it is in our interest to be competitive.

"I am very confident about the BoP, because it is also important for them to be able to tell a story with Toyota, Alpine and maybe a few others.

"They are doing well in the GTE Pro. The ACO and FIA technicians will manage it. I am confident, because it is in the interest of everybody."

Alpine has suggested that it is open to building a car to either LMH or LMDh regulations for the 2022 season, with the homologation of the current LMP1s are due to expire after 2021.