Sebastien Bourdais says he recognizes both bad and good luck contributed to his fourth place finish with Risi Competizione in last weekend’s 24 Hours of Le Mans. 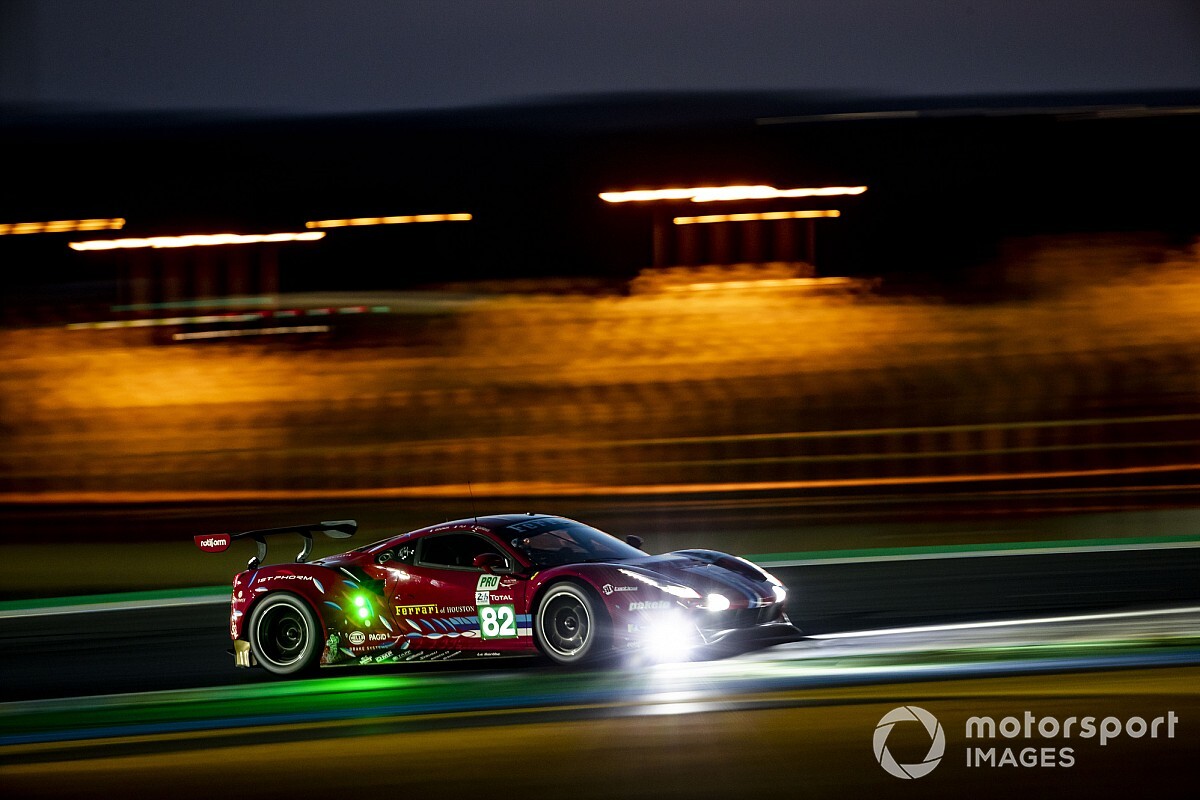 The 41-year-old Frenchman was born in Le Mans, and while his U.S. racing career has often caused schedule clashes that rendered it difficult or impossible to participate in his home race, this was nonetheless his 14th attempt.

Three times he finished runner-up overall while racing for Peugeot, but in 2016, the first of three years racing in the GTE Pro class with Ford Chip Ganassi Racing, he finally nailed victory.

This year, with Ford and Ganassi absent, he joined Risi Competizione’s line-up partnering with another former Ford GT driver, Olivier Pla, and their compatriot Jules Gounon in a Ferrari 488 GTE.

Although never in the hunt for class victory, it was mechanical strife that ultimately hampered Risi’s bid for a podium finish. Damper failure caused a severe delay as well as a couple of off-track excursions, including a high-speed trip through the sandtrap at Indianapolis corner for Bourdais.

However, in the final lap a transmission failure for the #71 AF Corse Ferrari promoted the Risi car to fourth in GTE Pro class, albeit seven laps behind the winning Aston Martin Vantage.

“It was an interesting 24-hour experience,” said Bourdais afterward. “We started a bit on the back foot but seemed to be picking up really good pace in the night.

“Unfortunately, we had a damper failure which really set us back and kind of took us out of contention. That was very unfortunate because up until that time it looked like everything was possible.

“I think all the drivers did a really good job. Jules was very impressive. I think Olivier and I struggled a bit more with the car but we still pushed really hard and did some interesting laps times.”

“In one way, it’s a bit of a bittersweet moment because it feels like everybody did the best we could and we just got quite unlucky with mechanical issues. Unfortunately, when you have mechanical problems at Le Mans you just can’t overcome the loss of time.

“Once the damper issue was done, we had a lot of wheel gun issues and couldn’t remove the rear tires, so that was a shame.

“[But] overall, we could also be like the #71 and have a mechanical issue one lap from the end and not be classified as completing the race. You have to always put things back in perspective at Le Mans.

“I think it was not the way we wanted to have this edition but we’ll take what’s ours, which is that fourth place.”