Power: “I’m in the best form of my life” 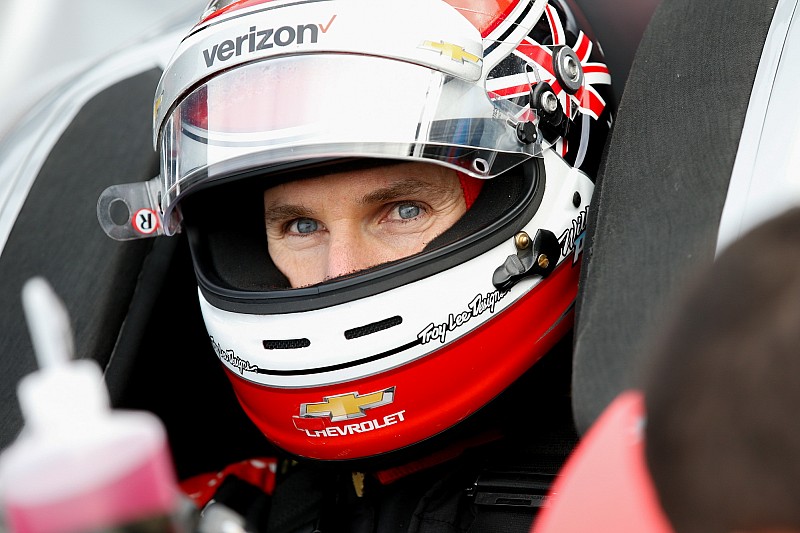 2014 IndyCar champion and 2018 Indy 500 winner Will Power believes he’s in the greatest form of his career, and is aiming to double up on titles and Indy victories this season.

Last year Power became the most successful IndyCar driver in Team Penske’s history and scored the team’s 200th series win, while moving into second in the all-time pole winner’s list behind Mario Andretti.

However, errors, mechanical failures and other outside factors meant he arrived at the Sonoma finale with little-to-no chance of capturing a second crown.

After finishing in the top three in the championship for the seventh time in nine seasons, therefore, Power says it’s time to mount a serious title run once more in 2019.

“I feel like I have not slowed down, I’ve only gotten quicker, and now I have a world of experience,” he commented. “I’m driving in the best form of my life, so for me there’s no reason, no excuse to not be a legitimate contender.

“When I think about last year, if I didn’t aquaplane in the wet at Barber, if I didn’t have an engine failure at Road America, I’m right there in the championship.

“Then you can add a couple of mistakes of my own like St. Pete [Turn 1] and Phoenix.. and then there was the radio issue at Texas…

“We definitely had a bad run [at the start of the year] when I think about pace performance and qualifying performance, it should have been a fantastic year championship-wise so it was disappointing to come to the last race not a legitimate contender.

“It all goes in cycles, you have good and bad runs, so now I’m looking for a good solid championship year. I don’t mean a top-three finish; I mean we need to be a legitimate contender by the end – and to have a 500 win in the same year would be phenomenal.

Power, who had finished a close second in the 2015 Indianapolis 500, admitted that a burden had been lifted following his trip to Victory Lane last May.

“There were a lot of frustrations and disappointments along the way trying to achieve that,” said the 37-year-old, “so it will be a great feeling to turn up there without that massive pressure on your shoulders.

“It actually got worse – 2018 was the worst – so I went into the Month of May disappointed with my career, really disappointed. Because I’d won so many races and I thought, ‘But it doesn’t matter.’

“[Now] I find I’m more energetic, more focused than I’ve been for a number of years fitness-wise.

“I’m not saying that’s just down to the 500. I’ve matured, I’m very happy in my life and I’ve realized that life is super-short so you have to enjoy it, you have to go for it.”

Part of that pleasure has come from the last nine months of soaking up the adulation bestowed on all Indy winners.

He smiled: “It’s crazy but it’s great the amount of attention you receive, all the different events you get to, to remind you you’re the 500 champion.

“I’ve enjoyed every moment of it, I have not complained at all about the number of events, and I’ll happily do them next year! Every time you’re reminded of it, it’s just joy and happiness. A very satisfying feeling.”

Although he was reasonably comfortable with the Team Penske setups for the new-for-2018 aerokit, Power admitted that the steps the squad had taken over the offseason, with the first tangible progress found during last December’s test at Sebring, will benefit him along with teammates and fellow champions Josef Newgarden and Simon Pagenaud.

“Everyone deals differently with certain handling characteristics and yes, the cars are quite unstable on entry,” he said. “It’s just the nature of this car because it’s pitch sensitive and has a very big floor, so when you brake the ride height comes up and you lose a bunch of that grip.

“I don’t mind that, but of course you want a solid car that adds some more front to help you with the mid-off understeer you get with this car.

“I feel like at some of the street courses we were lacking and now we’ve found something that helps us significantly. We were quite out of the window so I think this will bring all of us up to speed. It will collectively help all of us.

“Simon likes a very solid rear end, probably more so than Josef and myself, but I think all of us will benefit.”

DragonSpeed "not here to make up the numbers" in IndyCar