Takuma Sato will become a Dale Coyne Racing with Rick Ware Racing-Honda driver in 2022. He told David Malsher-Lopez why he’s so excited by his new chance.

Former Formula 1 driver Sato will begin his 13th season of IndyCar racing in a new home, racing the #51 Coyne-RWR entry recently vacated by Romain Grosjean. A memorandum of understanding between driver and team was signed a couple of months ago, and the subsequent delay has been all about “finishing the little details”.

But now the news is out and for the first time in its history, the little team from Plainfield, IL, has an Indy 500 winner on its books – a two-time Indy winner, no less.

It’s only a one-year deal for now, but both Sato and Coyne have told Motorsport.com there are options to continue, and that they intend to do so. It’s an interesting show of faith, particularly from the team, because while some other drivers north of 40 years old, and others still in their 30s, are clinging by their fingernails to part-time rides, or even half-chances of such, here’s Coyne putting no definite limit on his relationship with a driver who turns 45 in January.

A decent stepping-off point to a conversation with Sato.

DML: You’re almost 45 now. Do you feel as good now as when you came into IndyCar with KV Racing back in 2010?

TS: Yes, I do, although you can’t physically compare yourself to how you were 10 years ago. If I compare purely physical performance – recovery speed, flexibility and so on – to the teenagers in the sport, then I might see some degradation. But as a complete package as a racecar driver, including experience and mental preparation, I feel that I’m still moving forward, upward. If I ever felt I was no longer as good as I was the year before, I would stop it because it would mean I was not at 100 percent and you need to be at 100 percent in IndyCar to succeed. But that day hasn’t come yet – I feel absolutely physically and mentally ready for another full season of IndyCar, completely motivated.

I believe that because there was never even a hint of you looking outside IndyCar for your 2022 ride, was there? I’d have thought that given your Honda links, Acura’s sportscar plans would have been an obvious option for you…

Endurance racing could definitely have been an interesting opportunity but I wanted to concentrate on IndyCar while I have opportunities there. I am open to other categories some time in the future, honestly, but you cannot turn down a full-time ride in IndyCar.

Dale Coyne Racing has been very quick for several years at the Indy 500. Was that one of the team’s prime attractions for you?

Oh for sure, that is a very attractive point. Dale’s cars have been very quick in different specifications and in different conditions. Everyone will remember Sebastien Bourdais’ stunning qualifying laps in 2017, although unfortunately he didn’t get to finish the run. And then their cars have been fast in the races and in qualifying since then, as well, even with changes of chassis, and aerokits and adding aeroscreens… Dale’s team just understands how to be fast at the Speedway, whatever the conditions. That definitely attracts me – and actually, purely as a driver, I’m interested to drive his car and see how similar or different it is from the cars I had before. For sure you would say it is one of the smaller teams, but they have shown consistent speed for many years.

Romain Grosjean – and before that, Alex Palou and Sebastien Bourdais – scored podiums for Coyne on road and street courses. Is the chance to shine on those circuits also an appealing factor for you after some struggles there at RLL in the past two seasons?

I would say I think we found quite good speed on road courses at Rahal Letterman Lanigan in the late stages of this year. But I know what you mean; Grosjean’s pace last season was very impressive – although I would also say Romain is one of the best drivers in this series. But even the best driver cannot shine without a good car so I think Romain being quick, even though he was a rookie, is a very good sign for me next year. The team must be doing a very good job.

I realize David Malukas has not yet been confirmed as your teammate, but as a general rule, how do you feel about working with a rookie – however talented he is – considering your previous two rides have seen you being able to share data with veteran teammates like Graham Rahal and Ryan Hunter-Reay? Will a rookie’s lack of experience affect your progress or the team’s progress?

Hmmm, well, I think the most important thing is if your teammate is quick, and with David we saw he is very quick in Indy Lights and in that IndyCar test at Barber when he was quickest. I think that gives confidence to the team and to me, honestly. I mean, yes, when you’re sharing data it always helps if a driver also has experience while being quick, but I think with no real changes to the cars next year, I can bring my experience of what this car needs to be quick and a rookie will benefit from experience.

The other reason I don’t worry about a rookie teammate is that Dale has such a good reputation of bringing in the next generation of drivers, helping them learn all about IndyCar, so I know he can get a rookie driver up to speed very quickly. I think every young driver should come in with Dale Coyne’s team! Now with Rick Ware’s extra support, the team can be even stronger and that will be good for both myself and my teammate. I think it will be a great combination.

Obviously the IndyCar regulations for testing are very restrictive – I think just one day for you before St. Petersburg. Despite all your experience, is that particularly difficult for any driver changing teams?

It’s very challenging, without doubt, especially after four years in the same team, where we could just find what worked the year before and modify it and get on the pace very easily. Now I’ll be seeing what Coyne used the year before, and remembering what I did the year before, and seeing which one works best now, and so going through all that obviously takes a lot of time, a lot of adapting for a new combination of driver and team.

Yes, that is never going to be easy with only one day of testing, which is a little bit ridiculous and a little bit scary. What if there was an issue that meant we couldn’t run that day? There would be no systems check, no pitstop practice, so the first day of learning together as a team would be first day of practice at St. Petersburg…

But, that’s the rules, we can’t control it. So we are trying to maximize our time between now and then to make sure everything that can be done before that has been done. We’ve already done the seat-fitting at Dale’s raceshop and we have to do some design modifications in the car to get it to my liking, and hopefully I will feel at home and happy in the car.

Dale Coyne has always enjoyed being the underdog that can take the fight to the big teams. Is that something you enjoy, too? Does it take you back to your days in Formula 1 with Super Aguri?

Ha! Yes, I do like that. It is a small team but it is very well organized and it is used to being a small team – it’s not like a big team that has suddenly lost money and needs to go down in size. This is a small team that knows how to operate, everyone knows what everyone else is doing.

I must say too that I really like Dale’s personality. I realize I’ve been very fortunate to work with IndyCar bosses who are very understanding of their drivers, maybe because they were drivers before. My friend Jimmy Vasser at the start, then Bobby, then AJ and Larry Foyt, Michael Andretti, Bobby again and now Dale.

I never forgot this time in Wisconsin, Road America weekend in 2017, I was having dinner with my physio and I saw Dale and Gail Coyne across the other side of the room. Dale and I had never spoken before, but he got up and came across the room to congratulate me on the Indy win a few weeks before. He had no reason to do that, we worked for rival teams, so that was very unnecessary to come and speak with me, so I thought that was very sweet, and it shows the respect he has for drivers, even ones who aren’t his drivers. He just loves racing and respects those who do it.

So I really enjoyed that moment, and never forgot it – and now here we are, more than four years later and we are working together. I’m really excited and honestly, I wish we could go testing tomorrow. I think our potential together is very strong and so I hope we can reach that maximum as soon as possible. 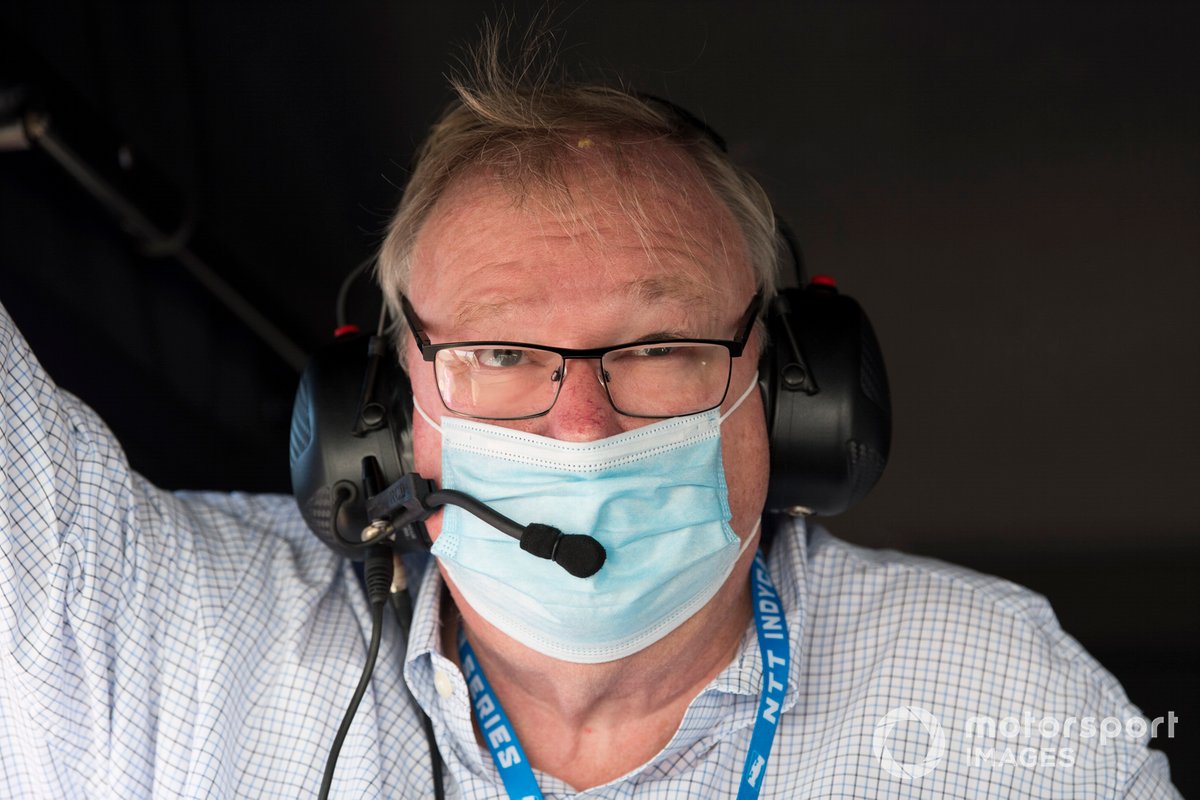