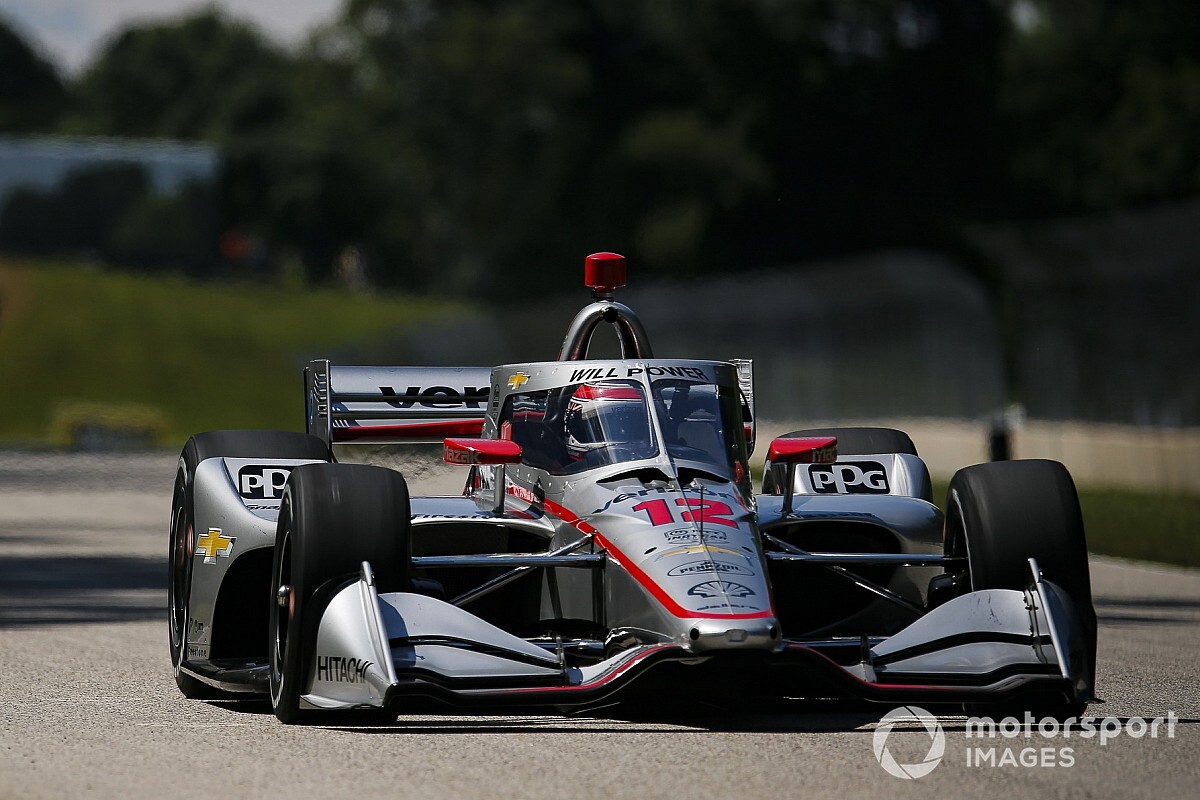 Team Penske-Chevrolet’s Will Power left it until his last lap to vault from midfield into top spot to eclipse the Meyer Shank Racing-Honda of Jack Harvey and the second Penske of Josef Newgarden in the only practice session for this weekend’s double-header at Road America.

Power lapped the 4.014-mile course in 1min46.002sec, an average speed of 136.322mph, to beat Harvey by 0.1585sec in an incredibly tight 75-minute session that, despite this being by far the longest course on the schedule, saw the top 18 cars covered by just one second.

Power will be well aware, however, that while Harvey – the man who ran him closest for pole position at the GP of Indianapolis – appears to have been his biggest threat again, in fact Newgarden, the 2018 polesitter here, has an ace up his sleeve. The two-time and reigning champion set his best time far earlier in the session, on only his seventh lap, and before the track rubbered in.

Felix Rosenqvist was fourth fastest for Chip Ganassi Racing-Honda, ahead of the top Andretti Autosport entry, that of 2012 champion Ryan Hunter-Reay.

Dale Coyne Racing with Team Goh’s rookie Alex Palou bounced back from a disappointing GP of Indy to run sixth fastest in his first encounter with the magnificent course in Elkhart Lake, WI, and went faster than last year’s polesitter Colton Herta (Andretti) and Graham Rahal in the Rahal Letterman Lanigan-Honda.

Although Rossi, Hunter-Reay and Herta all had off-course excursions, there were no session stoppages.

How to watch all the IndyCar action this weekend.