Subscribe
Previous / VeeKay: Preparation, acclimation helped me shine in GP Indy Next / What time and channel are the IndyCar races this weekend?
IndyCar / Road America Preview

All you need to know ahead of the third and fourth rounds of the 2020 NTT IndyCar Series – the REV Group Grand Prix at the magnificent Road America course in Elkhart Lake, WI. 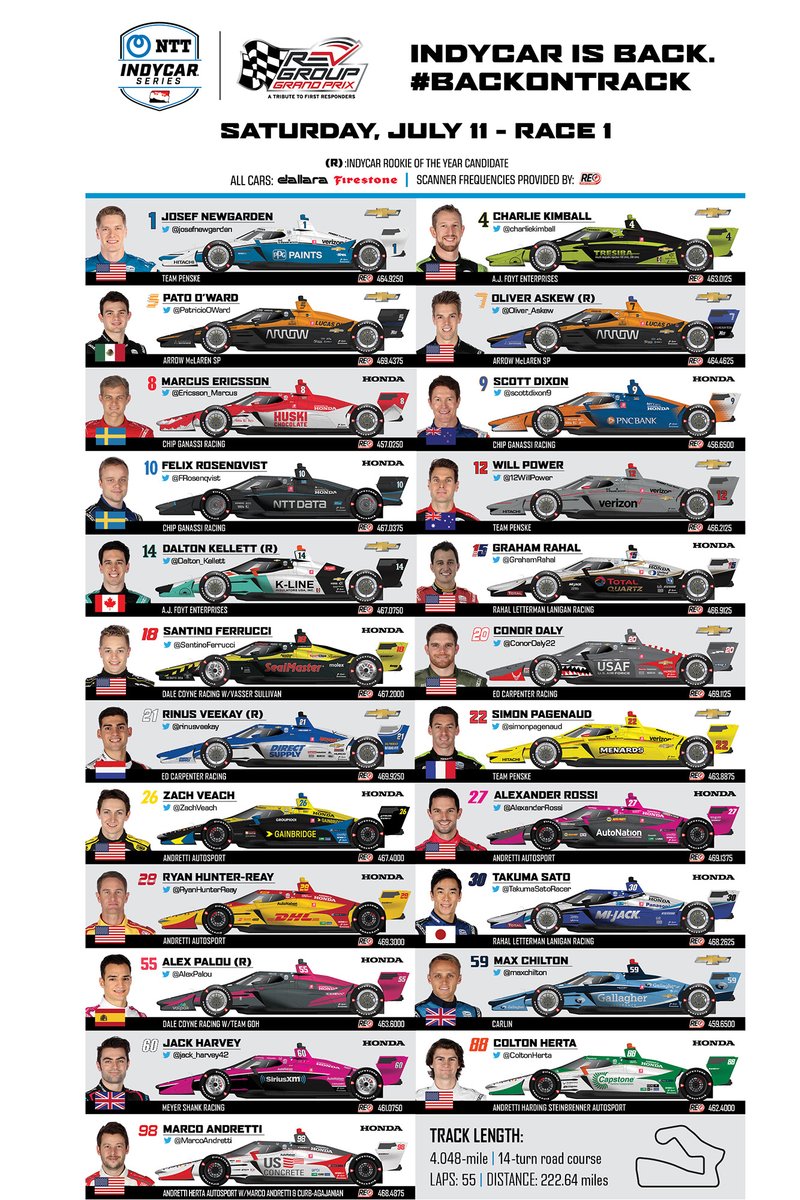 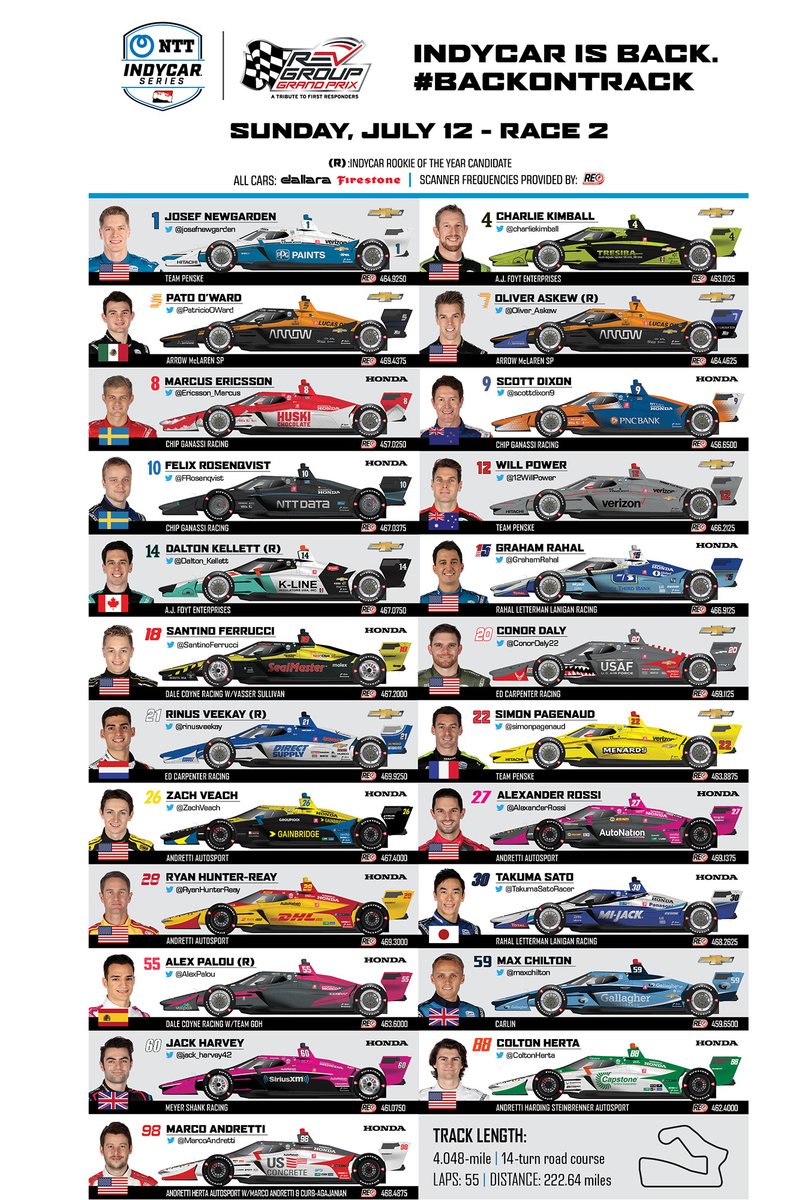 Firestone tire allotment: Nine sets of primary tires are available for each entry across the weekend, with rookies getting one extra set. These are the same construction as used in the 2019 race at Road America but have a slightly grippier compound yet are said to be as durable.
Each car has four sets of alternates – the red-sidewalled softer tire – and are the same construction as the alternates run here at Road America in 2019. However, like the primaries, they are slightly tougher than last year but offering grip “similar” to the compound they replace.
Each car has seven sets of rain tires available.

Push-to-pass parameters (per race): 200 seconds of total time with a maximum time of 20 seconds per activation.

Leigh Diffey is the NBC/NBCSN announcer alongside analysts Townsend Bell and Paul Tracy.

This event will mark the 30th and 31st time that Road America has hosted an IndyCar race, with Mario Andretti, Michael Andretti and Emerson Fittipaldi scoring the most wins here – three each.

Only four of this weekend’s drivers have won at Road America – Will Power in 2016, Scott Dixon in ’17, Josef Newgarden in ’18 and Rossi last year. 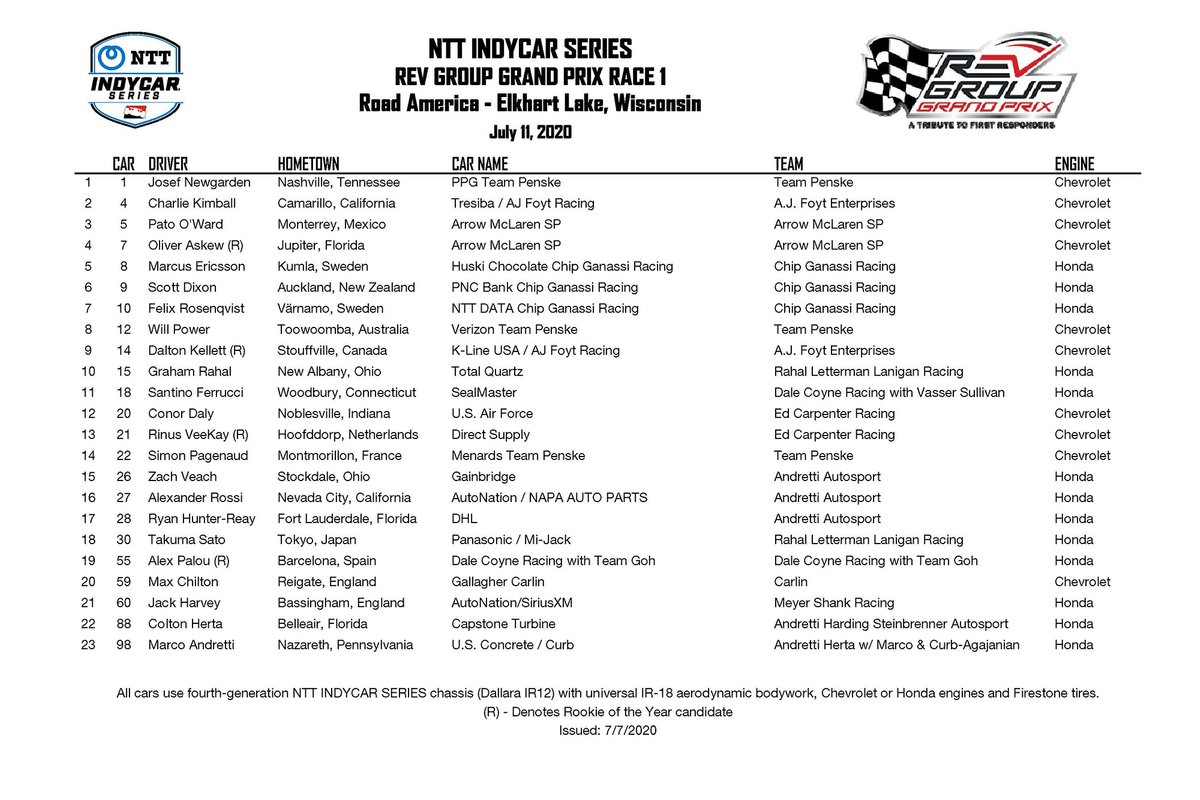 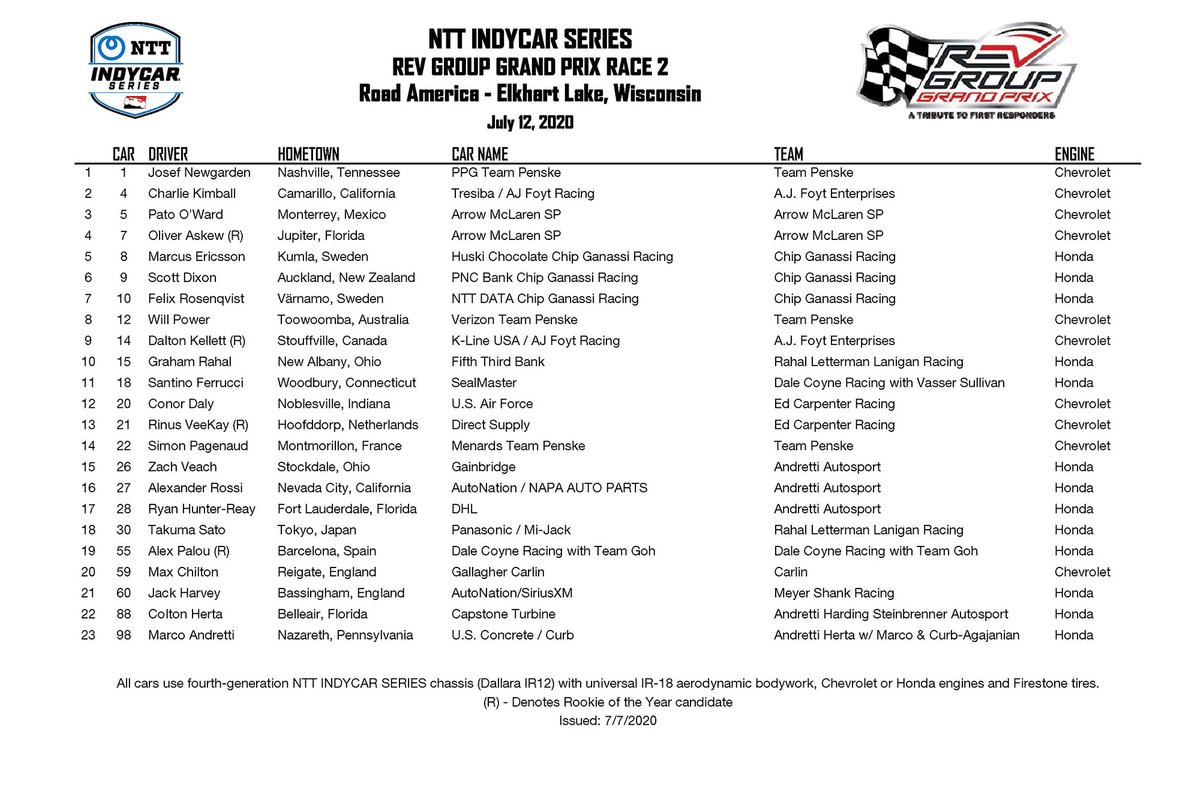