Alex Palou says he’s feels very fortunate to sign with Chip Ganassi Racing for 2021, after just one season in the NTT IndyCar Series.

By:
David Malsher-Lopez
Co-author:
Sergio Lillo
Listen to this article

For 2020, Palou spurned the opportunity of a second season in Japan’s Super Formula championship, where he had won a race, won rookie of the year and almost clinched the title until a mechanical failure. Instead, with Team Goh’s backing and Honda’s blessing, he joined Dale Coyne Racing in the IndyCar Series, a category of racing that had long fascinated him.

Palou scored a podium finish at Road America – only his third IndyCar outing – and other highlights included qualifying third for the second round at Road America, setting fastest single lap in qualifying for the Indy 500, taking fourth on the grid at Mid-Ohio Race 2, and third on the grid for the second race of the Harvest Grand Prix double-header.

Ganassi then chose to not take up the option of a third year running Felix Rosenqvist in the #10 entry, and has instead installed Palou alongside legend Scott Dixon, Marcus Ericsson and Jimmie Johnson (with the latter’s entry to be driven by a different driver in the four oval races).

Talking about his move from Coyne to Ganassi, which has just clinched its 13th IndyCar drivers’ title, Palou told Motorsport.com: “I am super happy and it is something that seems to me phenomenal. After a year like this with what is happening with the coronavirus, which is not easy for the teams – especially for the little ones like the one I was in – you always have the doubt if there will be enough support from sponsors, if the team you are with will be able to continue.

“Suddenly it changed and now I can be with the best team, with the champion team and with the most titles in IndyCar [Since it was formed in 1990, Ganassi has a superior strike rate to Team Penske]. It couldn't be better.

"A lot of people don't even have this opportunity [at all]; it's not that it happens once in a lifetime. Very few drivers have been racing with Ganassi, few have been racing with Penske – the biggest teams in the category. So I'm super lucky to be one of them after my first year in IndyCar.

“Also, I will be lucky to have Scott Dixon as a teammate as you can't learn from anyone else better than Dixon, who has won six championships, is 40 years old and has so much experience in IndyCar. I'm going to learn a lot from him.”

Palou ended his first test with Ganassi, at Barber Motorsports Park, just one-tenth of a second behind teammates Ericsson and Dixon

"I’ve spent two days with the team, in fact the first one was when it was announced and it couldn't have been [sooner] because of contract issues,” he said. “I've gone from a team of 20-25 people, to one of 80-100. It's incredible. You can see it in everything, in the motivation, in the resources, in everything.

“It's not that there are expectations for next year, but at the beginning the goal is to learn from my teammates, who are a super team, try to win as many races as we can and try to fight for the championship – and make the team go better and better, and have a super car every race.”

Reflecting on his rookie IndyCar season

Being unable to win the Rookie of the Year title – that honor was clinched by Rinus VeeKay of Ed Carpenter Racing-Chevrolet – was something that Palou learned to live with, but he admits that the gulf between his pace and his final results was a source of frustration.

"Losing the rookie championship was a shame, no doubt,” he said, “but it's not something I was thinking about much, mostly because the results weren't there, and that's what made me so upset. I knew that to be rookie champion we had to have results.

“We were always going very fast and we were fighting with the big boys. We were sticking our heads out, but the results didn't come out regularly. But even so, I was happy that the possibility we were looking for came up.”

And while that podium at Road America would seem an obvious choice of highlight, he said that the 12-day Indianapolis 500 experience was his highlight – and lowlight – of the 2020 season.

"The best and the worst moment, I would bring them together,” he recalled. “Yes, it is true that I was very happy with the first podium, but where I got a lot of confidence and desire for more was in the Indy 500.

“The previous week with training and qualifying was spectacular and to be with a smaller team racing against the big boys in my second race on an oval was brutal.

“The boost of confidence that gave me makes it my best memory: the Indy 500 has something special. But it was also the worst moment because of that accident I had, which was my fault, and I could have finished in the top 5 without it.

"Being at the Indy 500 with [Fernando] Alonso also helped a lot to familiarize ourselves with people who were following it just for him. I was lucky that it went very well and that they started talking about me more than about him. It always goes well when there is a legend on the track and you can show your level.

"Now we are in another level, we will no longer be rookies and with a small team, but I will have more experience and on top of that I’ll be with the best team.”

"It has already been proven with more than one driver that it is a super-good championship,” he commented. “It is the only one that has refueling, like in IndyCar, the car is very nice to drive and is very fast. And we have already seen lately that drivers like [Felix] Rosenqvist and me have come out.

“I have followed the championship this year, and it is a pity that Nakajima [Racing, for whom he raced in 2019] has not gone so well. Last year we did our championship almost perfect: we had the best car in many races and now all the teams have become even more compact."

That said, Palou had no intention of returning, even while his 2021 prospects were up in the air.

"I wasn't planning to go back to Japan yet,” he said. “There is always the possibility, because with the people there I get along super well. But I was always focused on staying here". 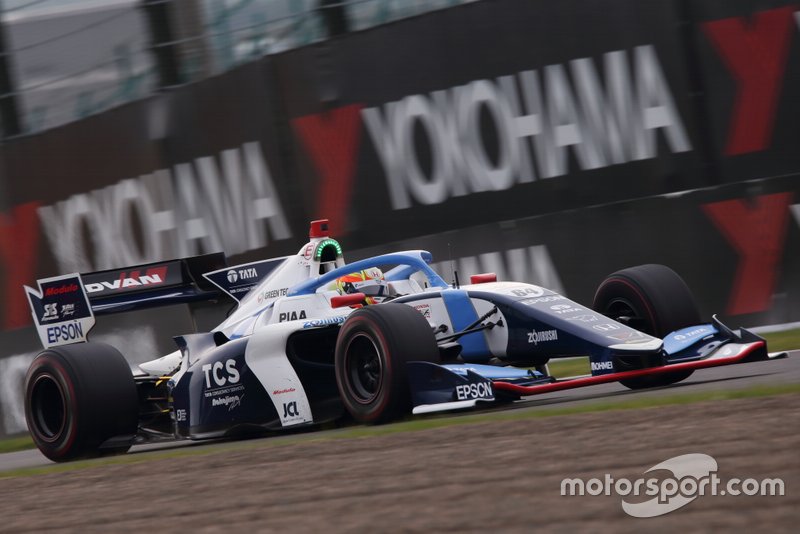