Antonio Felix da Costa was left impressed by the nature of IndyCars following his first test today, and said he’d would like to compete in the NTT IndyCar Series in the near future.

The reigning Formula E champion sampled IndyCar for the first time at Barber Motorsports Park today, when he tested for Rahal Letterman Lanigan-Honda. He told Motorsport.com afterward: “Absolutely, I would love to race IndyCar. I have always been a huge, huge fan of America and how they go about sport and how engaging they are with the fans.

“But I’ve always been a fan of IndyCar in particular. A lot of friends and rivals who I’ve raced against in the past have been racing here – people who I respect a lot – and I always have fun watching the races on TV.

“So I have always wanted to come here. And after this test, I go back home today even more curious to have a go in one of these things in an actual race. So for sure, it’s in the back of my mind that I can do that. Obviously I’m committed to Formula E right now and the new season is starting in January. But it’s so easy to fly around the world that I’m sure if we want we could put something together.”

While people were interested in how Alex Palou and Felix Rosenqvist would perform in their first test with their new teams (Chip Ganassi Racing-Honda and Arrow McLaren SP-Chevrolet, respectively), and NASCAR legend Jimmie Johnson’s progress as an IndyCar rookie will always intrigue, arguably the star performance of today’s test at Barber Motorsports Park came from da Costa.

As sole representative for the Rahal Letterman Lanigan-Honda team, he had a near-obligation to not only get up to speed quickly for his sake but also plow through test items for a team that ran its drivers, Graham Rahal and Takuma Sato, to sixth and seventh in the 2020 NTT IndyCar Series season.

Da Costa performed impressively, setting 12th fastest time in the 21-car test, and not only outpaced the four Team Penske-Chevrolets but also finished the day barely more than 0.75sec off the ultimate pace set by Ed Carpenter Racing’s Rinus VeeKay.

“We maximized the running today, that’s for sure!” said the 29-year-old Portuguese driver, who as well as his FE commitments, has this year raced for Jota Sport in WEC’s LMP2 class and currently lies third in the championship. “The team had quite a few test items and comparisons that they wanted to go through. I guess whatever it is, it’s always good to have opinions from someone who’s outside the circle, who doesn’t know anything about this car.

“So we went through a test plan, we got through most of the stuff, so in that respect it was a really positive day.

“And for me, it had been a while since I tested and had the feeling I was out of my comfort zone and having to get up to speed in a short amount of time. And that’s an amazing feeling. It’s been a few years since I drove an F1 car and gone through a feeling like this, so it felt like I was a young kid again, which was really nice.

“In the end it was not too bad. The car’s very physical, and I was tense – new track, new car – and by the end of the day I was pretty much done. My neck is sore. But anyway, it is a really cool thing to feel so tired because of being in a racecar!”

Da Costa finished third in the 2012 GP3 Series and third in the 2013 Formula Renault 3.5 Series, but is also one of only nine drivers in history to have won the Formula 3 Macau Grand Prix more than once. Given that, along with his success in Formula E, he is well accustomed to street courses as well as road courses, but he said he would also like to try oval racing in an IndyCar.

“Yes, definitely,” he replied, “because from what I hear these guys say, it’s some of the most exciting and most fun racing you can have. It’s very fast, very close, and it’s a whole new science. So IndyCar is very new to me in terms of the cars and the tracks, and oval racing would be something even more new and different for me. But I’m always looking for challenges and feelings of going completely out of my comfort zone. So for sure an oval race is something I would love to do.”

Da Costa said he would not be paying for an IndyCar ride, however.

“That would be an issue,” he confirmed. “I would be interested in win-win situations if there’s a company that wants to sponsor a driver and the driver can bring that to the team. That is a win-win for both driver and team. But I’m not looking to be in a position where I’m going around knocking on doors of companies to try and go racing. I’ve been a professional driver for the last seven years. No one would pay money to play for Real Madrid: if they want that player, they need to pay him to go and play there. That’s how I look at it: this is still a sport, the drivers are risking their lives here to put on a show, they should not have to pay for the privilege.”

Speaking of risk and safety, da Costa – well used to racing with a halo in Formula E – said he was impressed with IndyCar’s aeroscreen.

“Generally no issues at all,” he said. “Near the end of the test with the sunset right in your face, it was an extra surface that can add to the reflection, but it’s not a big issue at all. With the halo, I feel much safer in the car than I did before, and this aeroscreen is a further step forward beyond that.

“I was saying to the guys here that if I went back to a car without a halo or aeroscreen now, I would be scared. So it’s funny how at first everyone says these pieces are ugly and no one likes it, but the truth is that the halo has already saved a couple of drivers from much more serious injury. So I don’t care if it looks bad or good; if it can save someone’s life then it is the way to go.”

Da Costa said he would also be interested in the IMSA WeatherTech SportsCar Championship if the opportunity arises, as he’s seeking to continue a diverse racing schedule.

“For sure, every year I like to be racing three or four types of car,” he said. These past years I’ve been driving WEC LMP2 for Jota Sport, Formula E of course, and I also raced GTE cars in WEC with BMW.

“And yes, when I was racing the BMW GTE cars I kept asking for them to put me into the IMSA program, just because the races here are so much fun. I think WEC and IMSA are both on the path to be great again. They are just in transition now to LMDh and the Hypercars and it will take a year or two, but I think the combined regulations will be a big step forward.”

Aside from the next season of Formula E – which most insiders believe will see da Costa return to DS Techeetah – he has no other confirmed deals, although he said he would “love to keep doing WEC with Jota Sport because I believe it’s the best category in WEC because there is no Balance of Performance.” 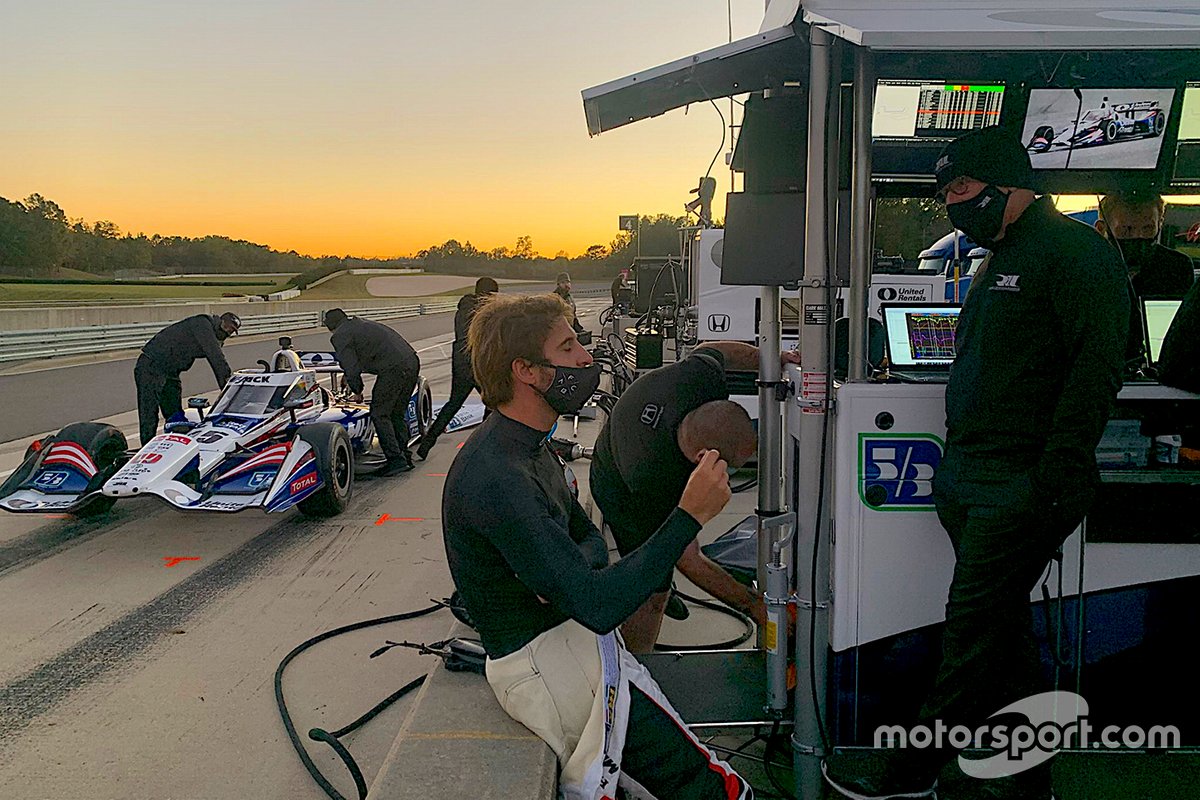