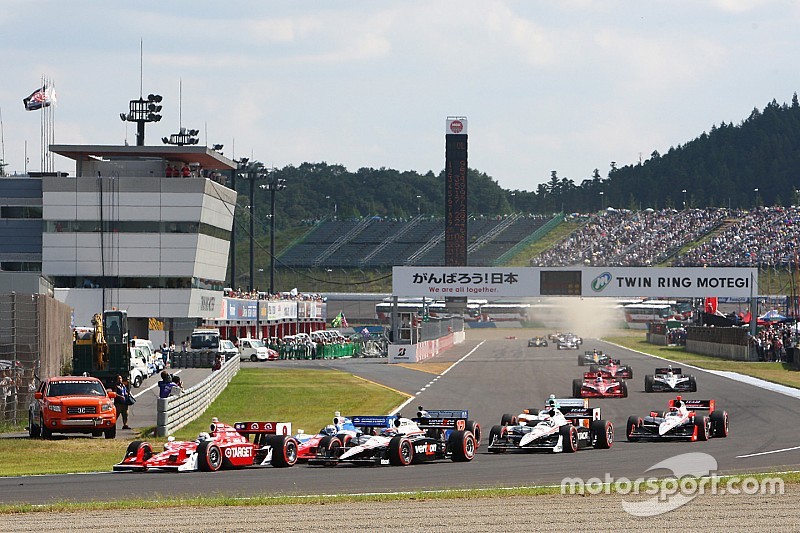 Mark Miles, CEO of Hulman & Co., parent company for IMS and IndyCar, says that races outside North America would be the “perfect” start to an NTT IndyCar Series season, whereas fitting them into the current March-September template would be difficult.

The 17-race/16-event 2019 IndyCar season stretches only from March 11 in St. Petersburg, FL., to WeatherTech Raceway Laguna Seca, CA. on Sept. 22, and Miles has long been determined to keep the final quarter of the year clear to avoid clashes with the NFL season.

By his own confession, however, this restricts available dates for IndyCar racing elsewhere in the world, and could hurt the chances of an IndyCar-Supercars joint event in Surfers Paradise, Australia.

Miles has once again reiterated his desire for an Aussie round, saying: “We’d love to get to Australia because of Australia’s history and their interest in IndyCar, Will [Power], Scott [Dixon], the series, and a nostalgic yearning for those days. We’ll see if that’s going to work out. I still don’t know.”

Asked which other countries outside North America have become a priority, and whether Japan is among them, Miles replied: “Japan and many other countries that you could name are tough because of my insistence on a strategy.

“To date, we’ve said we aren’t going to end the championship abroad. We’re going to be careful if we would even consider having an international race – by which I don’t include Mexico, I mean flyaway – within the championship season after we’ve had our first race in the States.

“To me, the perfect start would be February. Do a race or two abroad, get to St. Pete and stay in North America until we crown a champion.

“There a couple of holes in the calendar, so it’s not completely unthinkable that we could plug a hole… but it’s not what we are looking to do.

“That’s a long way of saying that it’s tough to go to Japan. There are so many climates that don’t work in February and Japan is pretty much one of them.”

Japan last held an IndyCar race in 2011 on the Motegi road course, whereas Brazil – about which Miles sounded more optimistic – was on the 2014 schedule, on the streets of Sao Paulo.

A race in Brasilia was also on the original ’15 calendar but was deleted before the season started due to a change in local government.

“A return to Brazil is on the cards when the economy gets itself righted,” said Miles. “There’s a great fanbase there. You all know that. And they know how to put an event together.

“There is nothing happening at the moment, but when that economy is capable again, it will be a focus for us.”

O’Ward would be “important” to a Mexico return

A Mexican race has also been mooted for the last three years, but Miles admitted that rookie Pato O’Ward’s split from the Harding Steinbrenner Racing team would make a race south of the border less viable.

“I think he’s an incredibly talented driver on and off the track,” said Miles, “so I do think it’s important that he finds a home in IndyCar.

“I don’t see [O’Ward’s] announcement as tantamount to him not being with us, but time will tell.

“We spent some time in Mexico last year. We had a mature conversation with folks who understand racing and understand promoting in Mexico.

"We came away thinking that we should not be impatient just because somebody might write a check and put a race on. If the table isn’t set, if the fans don’t know who’s racing , we might have a good event for a year.

“They gave us a list of examples, not just related to our racing, where series would come in and have a great first race and then decline over time. We want the opposite.

“We have not finished making television arrangements there. That will be important. We’ll be patient and sooner than later we’ll find a great place to race in Mexico.

“Having a Mexican driver is important to them, and Pato’s a stud, so I hope he stays.”

DragonSpeed "not here to make up the numbers" in IndyCar