Current Renger van der Zande will be retained, while Sebastien Bourdais, Earl Bamber and Alex Lynn will join the squad.

Van der Zande, who won in Detroit this year with ex-Formula 1 driver Kevin Magnussen in the V-Performance Academy Cadillac said: “It is great news to have Sebastien, Alex, and Earl as new teammates. They are all high-class, proven racecar drivers. I think they will be a good fit with the team.

“Sebastien has done everything in the world, he has a lot of raw speed. I know Earl very well from our junior series and he’s an LMP1 overall winner. Alex comes to us from Formula E and has a lot of sports car experience.

“I feel great about coming back with the Chip Ganassi Racing team. I feel more at home than ever with them. They put a lot of responsibility on everyone. Chip and Mike Hull [managing director at CGR] run a great operation. That is why they have been successful. Although I can’t wait until next year, we still have Petit Le Mans coming up, so we need to finish 2021 strong.”

Bourdais, who won the 12 Hours of Sebring this year in the JDC-Miller Motorsports Cadillac, said he was looking forward to a full-time campaign in the IMSA WeatherTech SportsCar Championship, especially in a team with whom he scored class wins in the 24 Hours of Le Mans and the Rolex 24 at Daytona.

“I'm super excited to reunite with Chip Ganassi Racing,” said the four-time Champ Car title winner. “We have had our fair share of successes in the past and I can't wait to start working with drivers like Renger, Earl and Alex.

“This is obviously a bit of a turning point in my career, that will see me transitioning most of my attention to sportscar racing, but I remain in the GM family. I can't thank everyone involved enough for their trust and continued support.

“I am convinced Cadillac, Chip, Mike, Steve [Eriksen, team manager] and the entire team will give us all the tools we need to drive our cars to victory lane. Bring on 2022!”

Lynn, who won Sebring in 2017 as the endurance ‘extra’ in Wayne Taylor Racing’s Cadillac, added: “I am really excited to get to race in the Cadillac with Chip Ganassi Racing in 2022… It’s been a while since I drove the Cadillac, but it left a lasting impression on me. I raced it once and won at Sebring. I would like to reignite that emotion. I am excited to run a full season in the car.

“My teammates’ records speak for themselves when it comes to talent. Sebastien, Renger, and Earl have had a lot of success individually, so it will be great to work alongside them and add some more hardware to the Chip Ganassi trophy cabinet.

“I have always dreamed of winning the big races in America. I’ve been fortunate enough to win Sebring. I am hungry to win the Rolex 24 at Daytona and put a good championship run together. Cadillac has a winning heritage in IMSA and we want to be adding to that in 2022.”

Bamber, who won Le Mans for in 2015 and 2017, commented: “When you talk about legendary sports car racing teams you think of CGR. They’ve already won their class at Le Mans. It’s a world-class team and it is amazing to see what they’ve done in their first year with the Cadillac DPi-V.R.

“I am also excited to race in the top class of the IMSA WeatherTech Championship. I don’t know who my direct teammate will be, but the lineup that the team has put together is awesome and world class.

“Renger is a Daytona and championship winner already, Sebastien is someone I’ve looked up to as a kid when he was in Champ Car and IndyCar, Alex with his Formula E and sportscar experience is fast as well. We have a nice mix of talent from different racing series.

“My personal hope is to win at Daytona. It has eluded me for many years as I have finished on the podium multiple times. I would also love to win some of the other highlight races and the team and driver’s championship.” 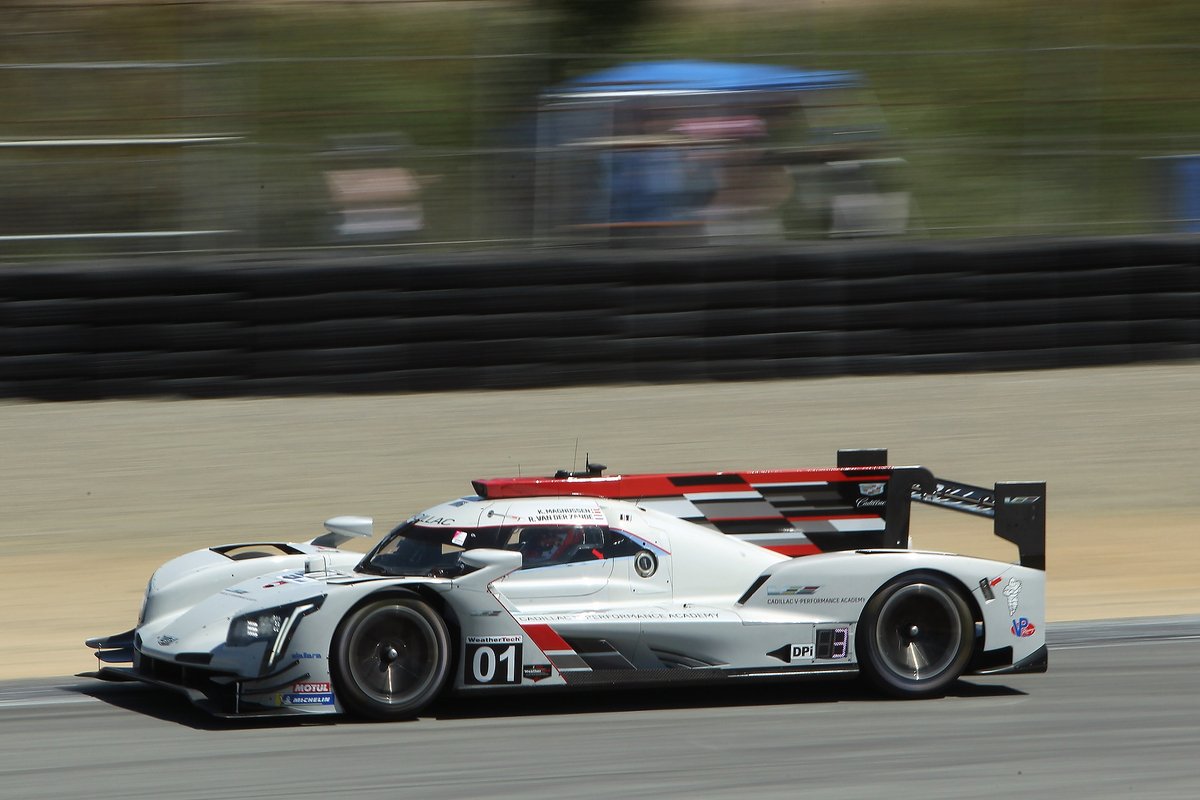