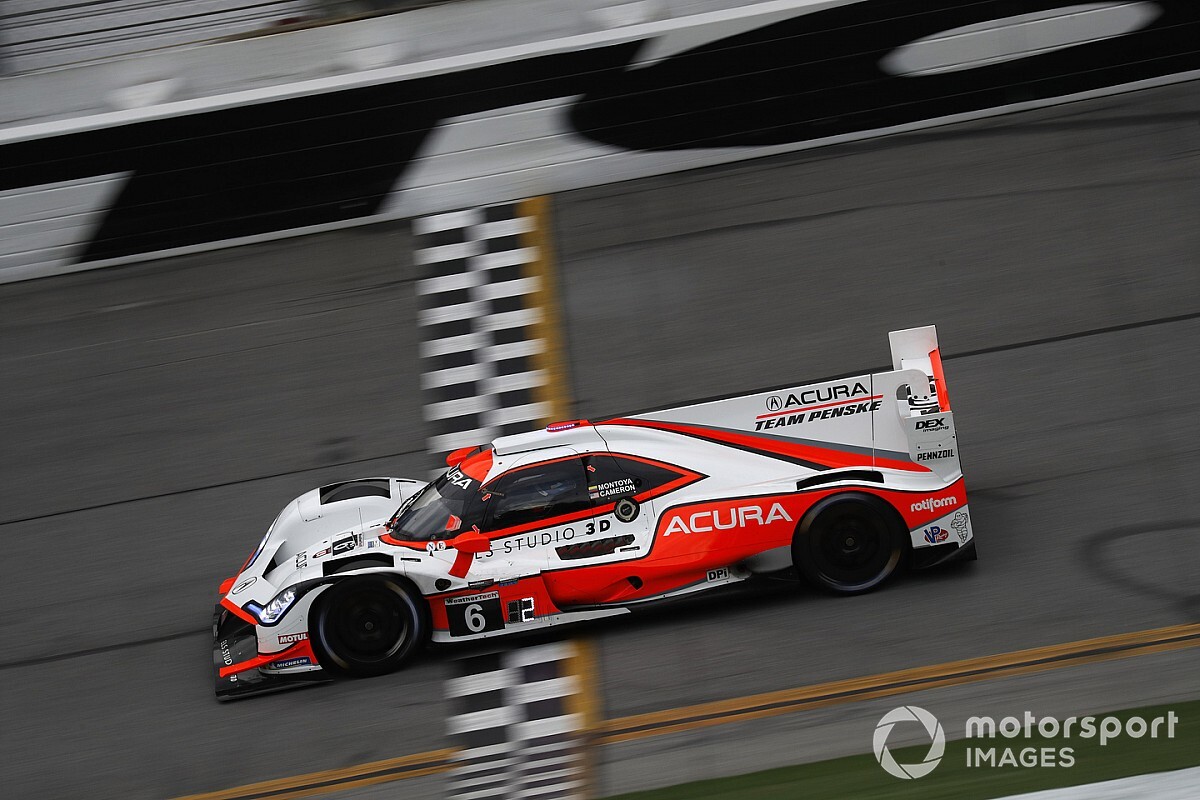 First practice for tomorrow’s WeatherTech 240 at Daytona was held in the early evening, and defending Prototype champion Montoya used his 19th and final lap to shade the Action Express Racing Cadillac DPi-V.R of Pipo Derani by a mere 0.016sec.

Derani, who will be sharing his Caddy with Gabby Chaves tomorrow following Felipe Nasr’s positive Covid-19 test, was just 0.037sec faster than Harry Tincknell in the #55 Mazda RT24-P.

Ricky Taylor was fourth in the second Acura, ahead of Chris Miller in the JDC-Miller Cadillac, Ryan Briscoe in the similar car of Wayne Taylor Racing, and Sebastien Bourdais in the second JDC-Miller machine.

The #77 Mazda did not turn a wheel in the session, the car failing to fire up.

The two Porsche 911 RSR-19s of Laurens Vanthoor and Nick Tandy were split by the Corvette C8.R of Tommy Milner in the GT Le Mans class.

Antonio Garcia in the second Corvette was around 0.8sec ahead of the two Rahal Letterman Lanigan BMW M8 GTEs.

Tomorrow, second practice will start at 10.15am local (Eastern) time, with qualifying from 1.55pm and the race at 3.10pm.