BMW's IMSA WeatherTech SportsCar Championship drivers are aiming to give the M8 GTE a winning send-off as they gear up for the car's farewell in this weekend's Petit Le Mans season finale.

The 10-hour Road Atlanta event will bring down the curtain on four seasons of competition in IMSA's GT Le Mans division with a pair of Rahal Letterman Lanigan Racing-run machines.

After three full-time campaigns from 2018 to '20, which yielded a pair of class wins in the Rolex 24 at Daytona, BMW scaled back its IMSA involvement to just the four Michelin Endurance Cup races for this year, going up against Corvette Racing and customer Porsche squad WeatherTech Racing.

However, neither the #24 car of John Edwards, Augusto Farfus and Jesse Krohn nor the sister #25 machine of Connor De Phillippi, Philipp Eng and Bruno Spengler has been able to win in any of the M8's three appearances of the year so far at Daytona, Sebring and Watkins Glen.

But De Phillippi is determined to put that right this weekend in what will be the M8 GTE's final race outing before its replacement in IMSA competition in 2022 by the new M4 GT3.

“Petit will be the final send off for our BMW M8 GTE and I know she is ready to go out in style," said the American driver. "We had two great test days and the team came very close to winning the race last year. Road Atlanta suits the car well and I know if we run a mistake free race, we should have a shot to fight for a win one last time." 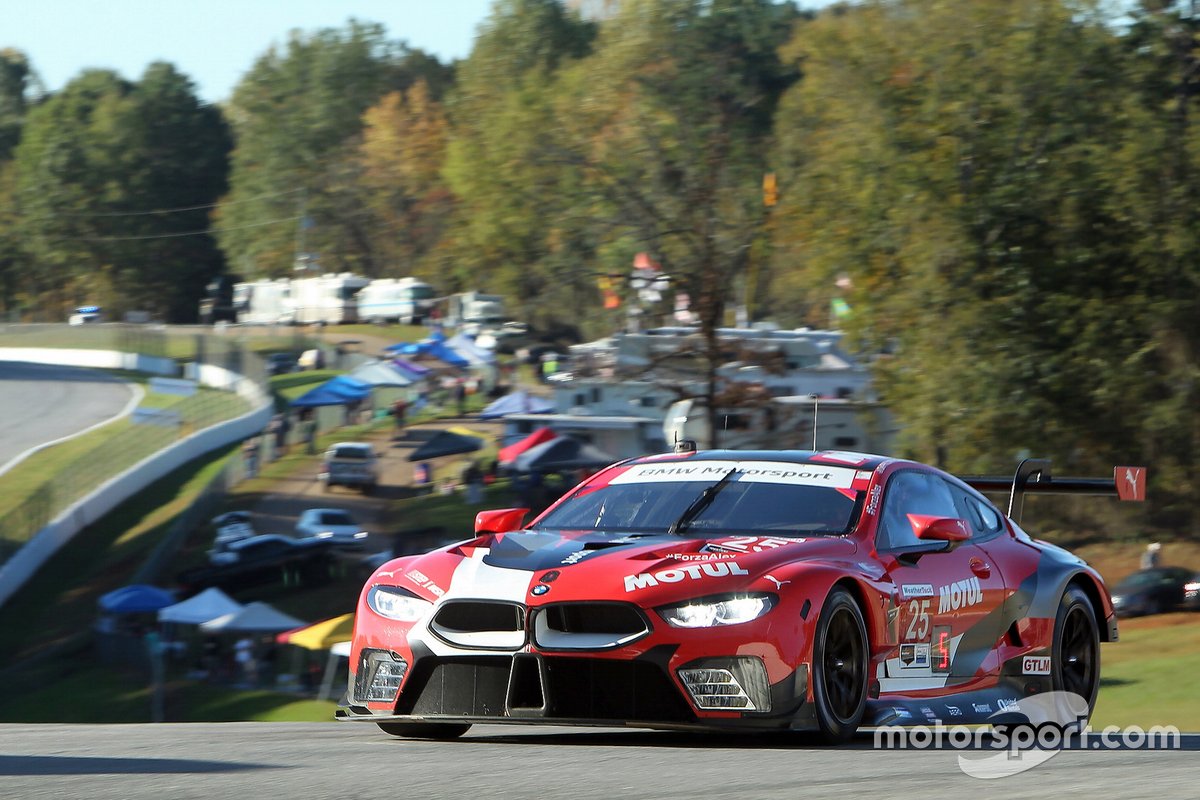 Finnish driver Krohn added: “Road Atlanta has been a good place for us in the last couple of years. We were really close to winning the race last year so we know the car can do it as long as we execute a clean race. It will be the last race for the BMW M8 GTE so I will try to enjoy every moment of it, and it would be awesome to send the car to retirement with one last win."

Although not yet announced, BMW is widely anticipated to continue its works involvement in IMSA's new GTD Pro division in 2022, most likely continuing its long-standing relationship with RLL.

RLL team boss Bobby Rahal, whose team previously ran the M6 GTE, Z4 GTE and M3 GT2 on behalf of BMW in North America, says he has fond memories with the M8 GTE, which has racked up a total of five wins in the GTLM division since its 2018 debut, most recently at Road Atlanta last year.

“Our racing programme with the BMW M8 GTE certainly was a great project for us," commented Rahal. "Winning the 24 Hours of Daytona not once, but twice has to be the highlight. And to be able to win it two years in a row is a tremendous comment about the BMW M8 GTE.

"We’ve had a lot of really good races with it. The M8 has been a fabulous car for us to race and it was really well done in terms of the design of it to begin with which I think is why it has been successful. All in all we have to look back fondly at our program history with the BMW M8 GTE and would like to end on a high note with victory at Petit Le Mans.”

Rossi feels “a lot of pressure” ahead of Petit Le Mans, Baja