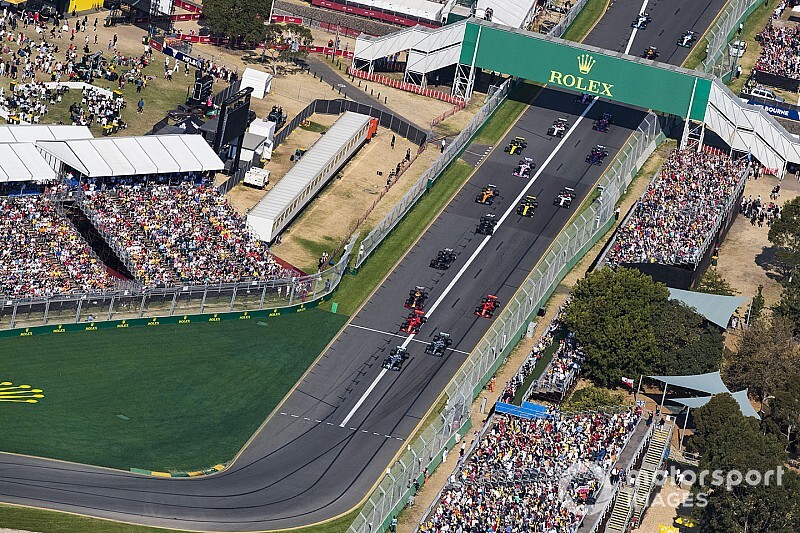 By user NickyHaldenby on Motorsport Fans

Lewis Hamilton: After taking a sixth consecutive Australian Grand Prix pole, Hamilton failed to win from pole position for the 37th time in his career. He’s now taken pole and failed to go on to win the race on more occasions than any other driver, beating Ayrton Senna’s previous record. Senna has held the record since he took it from Nelson Piquet at the 1989 Brazilian Grand Prix, almost exactly 30 years ago.

Sebastian Vettel: The 2019 Australian Grand Prix is the first time Vettel has finished the even in a position lower than where he started it since 2013. It’s the first race at Albert Park at which no Ferrari driver has appeared on the podium since 2014.

Max Verstappen: After finishing third in the Australian Grand Prix, Verstappen continues his streak of podiums which began at last year’s Japanese Grand Prix. Finishing on the podium from fourth on the grid, this marks the first time a driver starting outside of the top three at Albert Park has finished on the podium at the track since 2015.

Pierre Gasly: Finished outside the points on his Red Bull debut. The Frenchman is in good company in failing to score on his first appearance with Red Bull. Mark Webber, Sebastian Vettel, Daniel Ricciardo, and Daniil Kvyat all also failed to score in their first race with the team.

Daniel Ricciardo: Retired from his home event for the third time and was out-qualified by his team-mate here for a third season in a row.

Nico Hulkenberg: Finished seventh in the Australian Grand Prix. It’s the fourth time he’s finished in seventh at the event in the past five seasons.

Romain Grosjean: Has now started from sixth in every Australian Grand Prix since 2017 and retired from all three events. From his eight Albert Park appearances, he’s retired six times, including five times in the last six years.

Kevin Magnussen: Scored for the first time at the Australian Grand Prix since he took a podium finish on debut at the track. It marked only the second time a Haas car has crossed the finish line at the circuit, with the Dane’s sixth place equalling the team’s best finish.

Carlos Sainz: Until this weekend, Sainz had a 100% points-scoring record at the Australian Grand Prix. That came to an end as he became the first retirement of the 2019 season – the first time since 2009 that a McLaren driver has taken that unwanted honour.

Lando Norris: Out-qualified his team-mate on debut for McLaren, and recorded the team’s first Q3 appearance since the 2018 Monaco Grand Prix weekend. It’s also the first time McLaren have appeared in the final part of qualifying here since 2014. Norris is now the only driver on the 2019 grid to have reached Q3 on every appearance at Albert Park.

Sergio Perez: Finished thirteenth in the race, marking the first time that a driver starting tenth in the Australian Grand Prix has failed to score since 2010.

Lance Stroll: In the 300thrace to feature a Canadian driver, Stroll scored for the first time at the Australian Grand Prix. Stroll was the driver who gained the most positions in the race, climbing seven places to finish ninth.

Alexander Albon: Was one of the three drivers making their F1 debut to out-qualify their team-mate at the Australian Grand Prix. Albon qualified 0.138s faster than Daniil Kvyat.

Robert Kubica: Finished in seventeenth position for the first time in his career. Other than races where he’s retired, the Polish driver has only finished lower than that in two grands prix – both eighteenth places in the 2007 Malaysia and 2009 Bahrain Grands Prix.

George Russell: Out-qualified his team-mate by 1.707 seconds at the Australian Grand Prix – the largest gap between team-mates this weekend. The gap can be somewhat explained by Kubica puncturing his tyre after hitting the wall on his final fast lap.

Why Magnussen could have one of his toughest rivalries yet

Is Valtteri Bottas about to pull a Rosberg?

Video exclusive: Will Smith gets a racing lesson from Hamilton