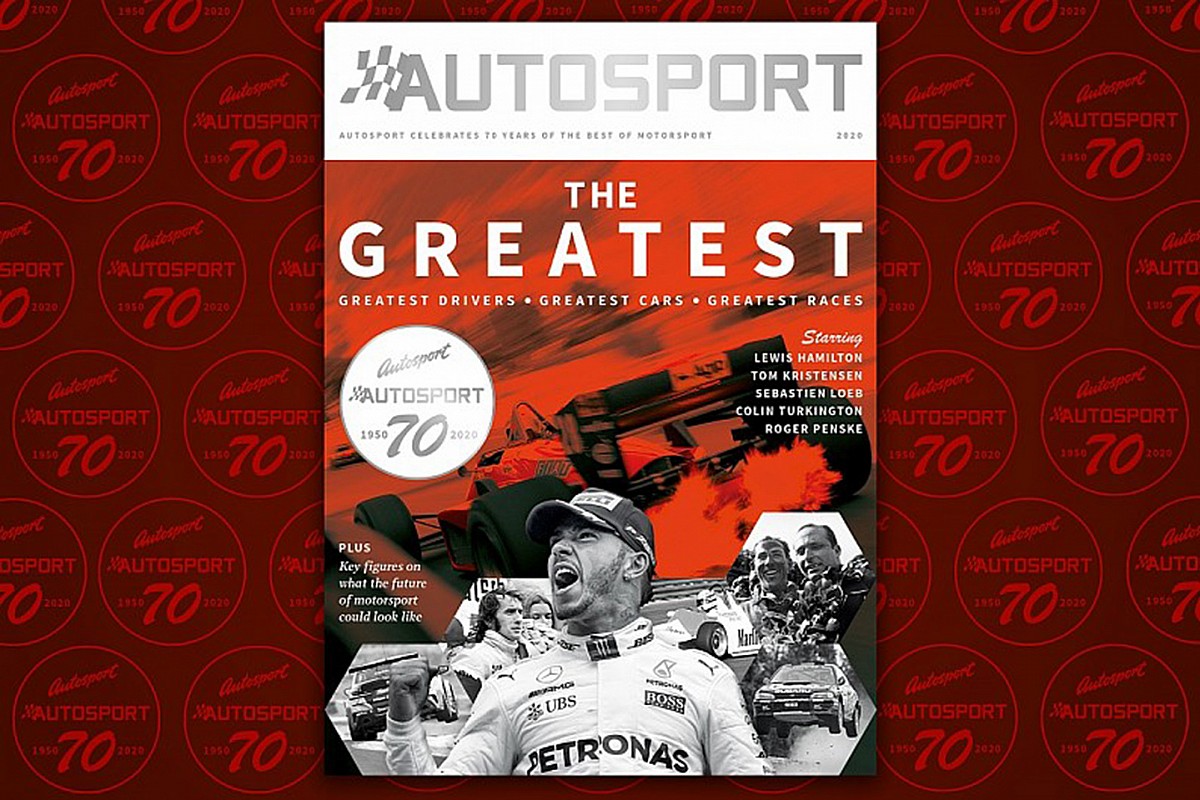 Autosport will mark its 70th birthday with a special standalone issue on the 19th November. The theme is simply 'The Greatest' and the celebration will take a look at the very best of motorsport over the past seven decades.

It will recall and assess the greatest drivers, cars and contests across Formula 1, endurance racing, rallying, touring cars, the American motorsport scene and UK competition.

Autosport staff talk to some of the key figures from across the sport, including interviews with F1 star Lewis Hamilton, Le Mans legend Tom Kristensen and the greatest team boss in American motorsport history, Roger Penske. It also brings together the only two drivers to have won the British Touring Car Championship four times: Andy Rouse and Colin Turkington.

Special cars to be featured will include current F1 pacesetter the Mercedes W11, sportscar icon the Porsche 956/962, World Rally Championship game-changer the Audi Quattro, the famous BMW E30 M3 and the Ralt RT3, which launched the career of Ayrton Senna among many others.

As well as the all-new content, it will also be reproducing two of Autosport's greatest track tests. The F1 piece features four Lotus designs that changed racing car design forever, and the BTCC test includes five of the most successful cars in the category's history.

Designers and engineers will also help us look ahead to how motorsport could develop in the future, while our gallery will showcase some of the finest motorsport photography.

Just some of the key articles:

- Key figures on what the future could look like

All current print subscribers will receive the Autosport 70th Anniversary issue for free.

To pre-order your copy of the 196-page standalone special, please go to: autosport.com/autosport70th