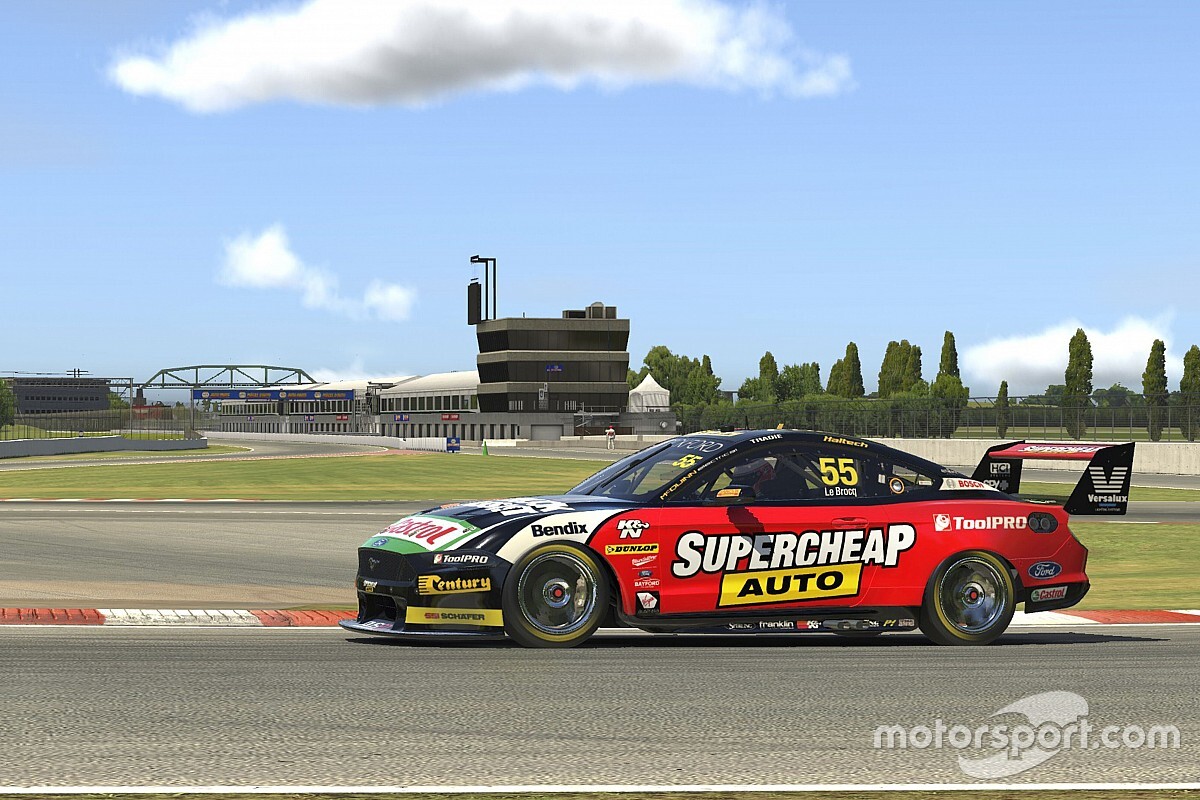 The BP Supercars All Stars Eseries will stage its first North American-themed round on Wednesday, with two races at the Canadian Grand Prix venue and two at Watkins Glen.

A number of special guests from the US racing scene will join as wildcards, with Australia's only NASCAR race winner Marcos Ambrose, Ford NASCAR star Joey Logano and IndyCar driver Alexander Rossi all set to take part.

With pre-event testing underway, Tickford Racing's drivers are predicting the famous hairpin at Montreal will provide a key passing opportunity.

Le Brocq is concerned it may be too enticing, the team's newest signing wary of "dive bombs".

“Before hopping on the sim I barely knew anything about the tracks other than what they look like on TV," he said.

"Montreal’s actually quite fun, challenging but fun, and Watkins Glen is just fast. I like that we’re running the NASCAR layout there.

"It should be a fun night, you’ll probably have to look after your tyres a fair bit, and I’d imagine there will be some almighty dive bombs at Montreal.

"But should be good fun, hopefully we can avoid any carnage.”

Lee Holdsworth added: “I actually love the Montreal track, I reckon it’s one of the best tracks on the calendar for F1.

"It’s going to be a difficult one, a lot of trail brake at that track, and the big hairpin, and then a long run down the back straight which will create some great passing opportunities.

"Watkins Glen is a really cool track, I’ve done heaps of [simulator] laps around there.

"I think this will be a good one for the Supercar, I’ve driven a lot of different cars around there, again on computer, not in real life, so I know the track well.

"I think this will really suit the Supercar and provide some awesome racing."

The exact format for the four races is yet to be confirmed.

You can watch all of the action live and free through Motorsport.tv.