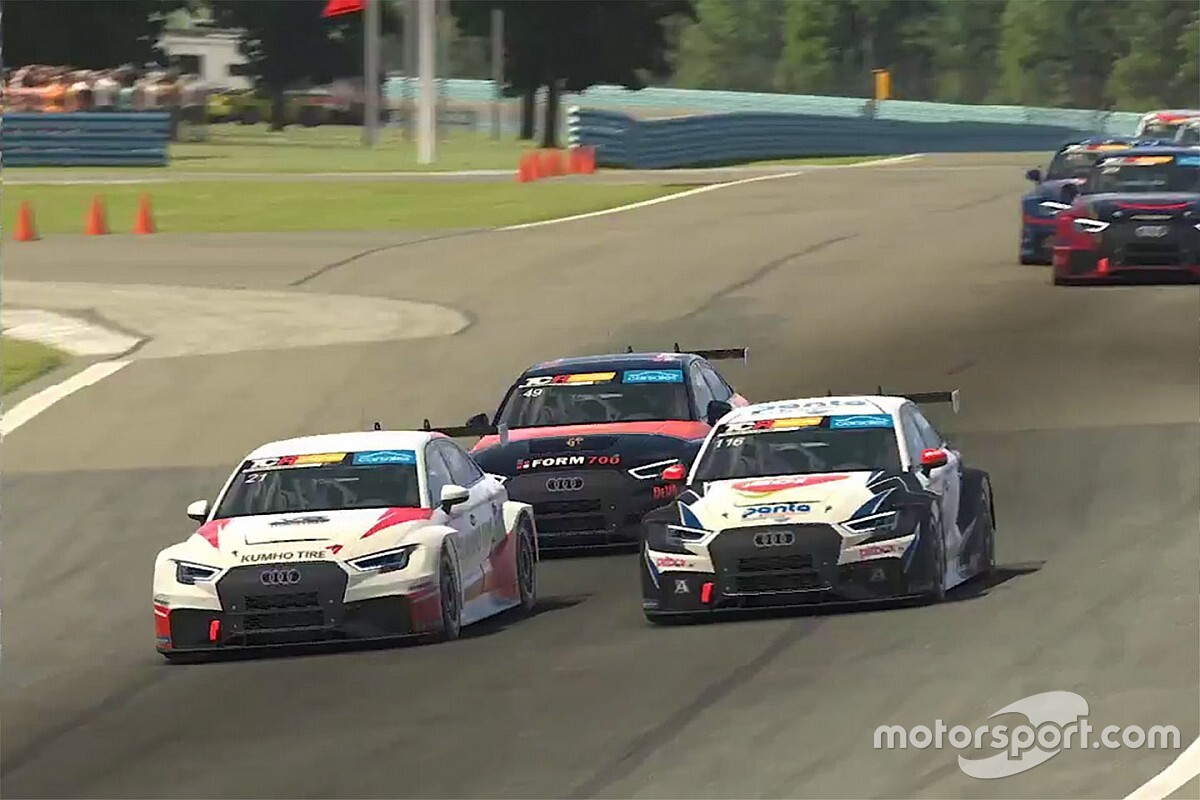 Harley Haber and Ash Sutton shared a pair of hard-fought race wins at Watkins Glen for the third round of the ARG eSport Cup.

The 30-minute opener was a classic slip-streaming battle in Audi TCR cars, Haber and Sutton trading blows in the early laps before Thomas Randle, who started down in 13th, worked his way to the battle for the lead.

As the compulsory stops shook out, the race boiled down to a battle between the three and Nathan Herne, the quartet staging a thrilling four-way battle over the final 10 minutes.

There was drama on the final lap, Randle making a play for Haber's lead before making contact with Herne.

The Brad Jones Racing driver dropped down to eighth due to the clash, as Haber took the win from Sutton and Herne.

"That was one of the best races I've ever been in," said Haber.

"Those boys definitely race hard. It was good to put on a show.

"We've had the pace throughout the season, we just couldn't show it. Every round we had really bad luck. It was good to get one up."

Dylan O'Keeffe, who came into the round as the points leader, had a tough first race, a first-lap shunt putting him at the back of the field and leaving him 30th at the finish.

Haber and Sutton were at it again in the reverse-Top 20 race, working their way to the lead before staging yet a second thrilling battle for the lead.

BTCC champion Sutton took his chance on the penultimate lap to snatch the lead, before clinging on for victory.

"I'll be honest, it's nice to finish a second race and not get caught up in the carnage," said Sutton.

"Harley was extremely fast today, I felt the pressure for sure.

"Unfortunately Dylan was caught up in incidents in Race 1, so points-wise it was the wise thing to do to sit there and push forward. I saw that opportunity on the second-to-last lap, and it was all about elbows out on the last one."

Tom Alexander was third in the second race, O'Keeffe faring better as he took fourth.

Sutton now leads series from Haber and Herne, with O’Keeffe dropping out of the top three in the points.