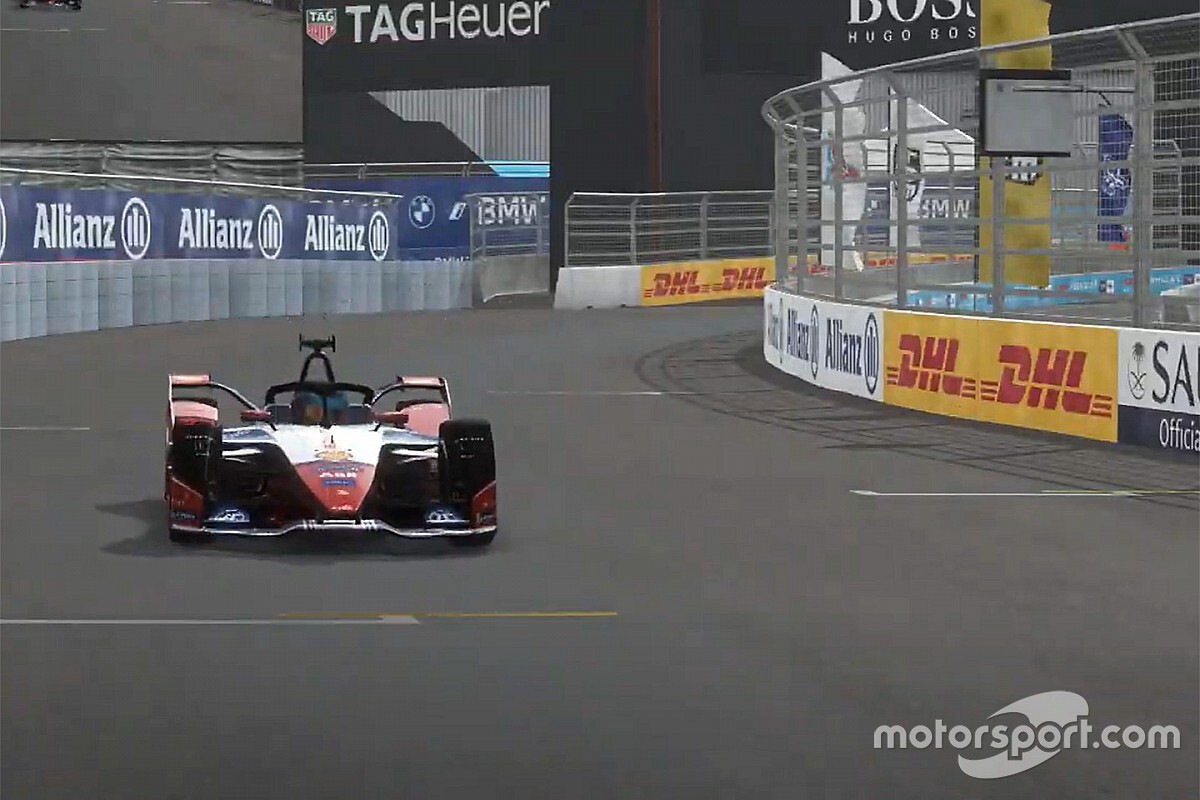 Pascal Wehrlein moved into the lead of the Formula E Race at Home Challenge Esports championship with just one round remaining after scoring victory in the virtual New York E-Prix.

The Mahindra driver consistently edged away from Audi stand-in Kelvin van der Linde to score his second win in the series, which runs in partnership with Motorsport Games to raise money for the UNICEF coronavirus relief effort.

Wehrlein entered the seventh race of the sim racing season at the Red Hook circuit only one point behind Mercedes driver Stoffel Vandoorne, who scored his first win in the previous New York round.

But Wehrlein quickly drew level courtesy of the bonus point for pole position, having topping qualifying by 0.275s in the dying moments over van der Linde - standing in for sacked driver Daniel Abt.

Wehrlein held position comfortably into Turn 1 and from there was never threatened as he pulled clear to an eventual and dominant 3.6s win - meaning he has finished on the podium in every race bar Monaco.

As van der Linde was unable to find a convincing response to Wehrlein’s turn of speed, he instead had to fend off the advances from the chasing Nissan of Berlin victor Oliver Rowland.

The pair tagged on occasion in the final five laps, before Rowland attempted to lunge around the outside at the Turn 10 hairpin.

He slid wide but tucked back in for the slipstream down the next long straight and then sold a dummy to van der Linde, switching back across the track to dive down the inside.

They again collided, however, Rowland was more robust and forced his way through for an eventual second place.

As they delayed one another in their battle, it allowed Vandoorne to recover and earn fourth place ahead of the double-points finale on Sunday.

Vandoorne had qualified a lowly fifth, but he was helped on the exit of Turn 2 as the slow-starting Sebastien Buemi spun his Nissan.

That left Vandoorne to dice with early championship leader Maximilian Gunther, who was also under attack from Buemi’s teammate Rowland.

As Gunther defended his position on the opening lap through Turn 10, he left room on the inside for Vandoorne to squeeze through.

Gunther chased Vandoorne but could not find a way past and so ended up fifth for BMW ahead of Felipe Massa and his Venturi stablemate Edoardo Mortrara.

Real-world FE points leader Antonio Felix da Costa wound up seventh ahead of Robin Frijns – who will be replaced by Alice Powell at Envision Virgin Racing for the final race.

Second place for runaway points leader Kevin Siggy, who has a front row start for the season finale, nigh on guarantees him the top prize of a real-world FE car test.

Watch the final round of the Formula E Race at Home Challenge live on Motorsport.tv.