While he enjoys Formula E, Piquet Jr. dreams of a NASCAR return 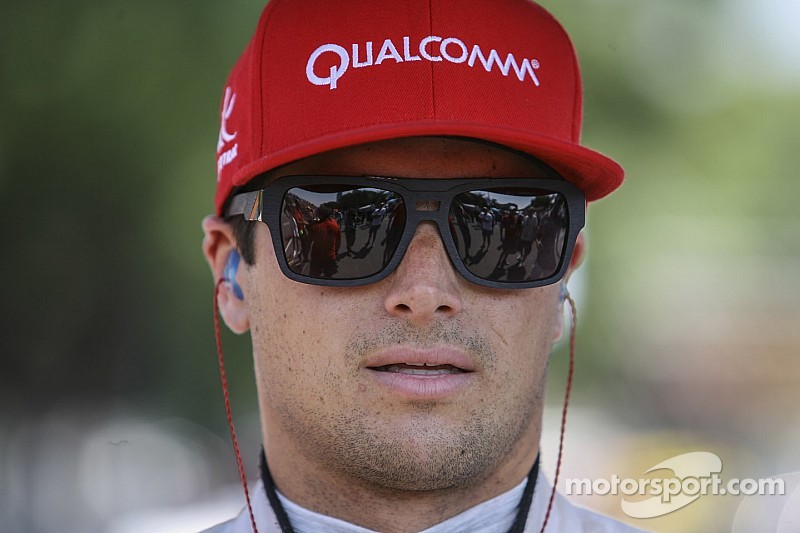 In an exclusive interview with Motorsport.com, the Brazilian opened up about his aspirations to return to NASCAR.

It’s a hot afternoon in Buenos Aires. The sun in January does it work in a sky free of clouds with just one hour to go for the fourth round of Formula E taking place at the new street circuit of Puerto Madero, designed and built for the occasion.

Nelson Piquet Jr., driver of China Racing, talks with a team member and discusses the strategy for the race that will start in 60 minutes. “I’ll trust you”, the Chinese collaborator says to the Brazilian while he leaves and the driver is ready to share a few minutes with Motorsport.com.

Back in an open-wheel car

He looks happy driving an open-wheel car after over five years and fully committed to the new era in motorsports that Formula E represents to the world: “It’s pretty incredible that something like this does happen. We’re going to look back in three, four, five years and say ‘ah! That’s normal’ but, you know, five years ago we would never imagine that we would have a championship of open-wheel around the world fully electric”, he analyses and continues: “I think we were on the border of being too soon but I think if they pull it out and they really manage to get the right investors and sponsors and everything together, I think they just nailed it right in time and it’s going to have a great future."

The start, however, wasn’t easy for Piquet Jr. when at the end of July 2014 he agreed to sit back in open-wheel car to test a Formula E: “It was difficult in the beginning. Honestly, I had raced many years in America in stock cars and there’s always that doubts between teams: ‘Does he still know how to drive open wheels? He’s been driving stock cars for a long time, he forgot?’ But you never forget. It’s like Juan Pablo (Montoya), you know. He drove stock cars for ten years in NASCAR and he went back to IndyCar and did OK”, Piquet says about an issue that surely was in his mind when he decided to get into the new series.

The Brazilian was just shy of grabbing a victory past December in Punta del Este when he took second place right behind Sebastien Buemi for the ePrix of Uruguay.

“I think it’s all about car control. If you’re always exercising, if you’re always in the limit of the car, doesn’t matter if it’s a stock car, a rally car or go-karts. You’re always practicing your reflexes, you know and that’s why I think that we drove and we got the results already”, he stated.

A new kind of challenge

Being at the wheel of the first electric formula car is a big challenge, even for a driver of Piquet Jr.’s experience, and he explains to us why: “The driving itself is similar like a race car. But there are different tricks and different things that make the car more difficult, like the carbon breaks, the tires, the car is never low of downforce, is pretty heavy... So it’s a little bit tricky in a few things, it’s difficult for a driver, even if he has all experience, to come here and to dominate the car because it takes a little of time to really get the most out of the car and feel confident with it. But I’m having fun, it’s interesting to work the strategies, the whole energy and power saving and then the efficiency of everything. It’s one more thing that I’m learning everyday over here”.

Dreaming of a NASCAR return

And while Piquet Jr. looks happy being back in open-wheels and driving in one of FIA’s main series with major exposure around the world, there’s something that sit right on top of Nelson’s mind and has him dreaming about a return. No sir, this is not about Formula One, those days are fully behind. NASCAR is what hit him hard since day one he jumped-in for a test.

“I would love to return and would love to win a Truck championship and be the first Latin American to win a NASCAR championship, but all depends. I mean, still have 30 years at least in my career and a lot can happen”, he told Motorsport.com. “At the moment things are going very well over here so I’m going to focus my time in my dedication over here, but I’m never going say no to NASCAR. It’s a great sport, a great category, I love them very much and I love the racing, love the fighting and I wish I’d be doing both basically”, he states.

Doing both may be a wonderful solution for a man that enjoys Formula E and in the meantime dreams to get full speed again in oval racing. And while he waits for the phone to ring, Piquet Jr. collects his second podium in a row by finishing third in Buenos Aires. Seems the Chinese team member was right in that talk, one hour before the race.