Jean-Eric Vergne reckons the DS Techeetah team orders that called on him to swap position with teammate Antonio Felix da Costa caused him to lose the victory in the Berlin E-Prix.

The two-time champion had led from pole for the first 17 laps of the 2021 Formula E title decider at the Tempelhof Airport as da Costa held second from their 1-2 in qualifying.

However, da Costa was instructed over team radio to “use energy to swap” places with Vergne, with team principal Mark Preston having told Motorsport.com ahead of the race that team orders would play a factor as both drivers remain in championship contention.

Lap analysis reveals Vergne lost 1.1s in the change, increasing from a 1m10.14s lap to 1m11.2s. He then fell behind the two Audis of race winner Lucas di Grassi and Rene Rast and then both Venturi Racing cars of Edoardo Mortara and Norman Nato over the following two laps.

Vergne eventually classified sixth after da Costa, also losing out, swapped back behind. He told Motorsport.com that this move had cost him a likely victory.

“I had to let pass Antonio and it came in the worst moment," said Vergne. “I lost four positions in one corner. I lost more than six seconds [sic]. That's what happened.

“Without that, I was going to be in a position to fight for the win. It's very disappointing to have done this mistake. Call it however you want, I would say a lack of judgment.

“It's a shame because that cost me a lot. Sometimes I do mistakes, sometimes the team does a mistake and it's a question of sticking together and trying to come back stronger.” 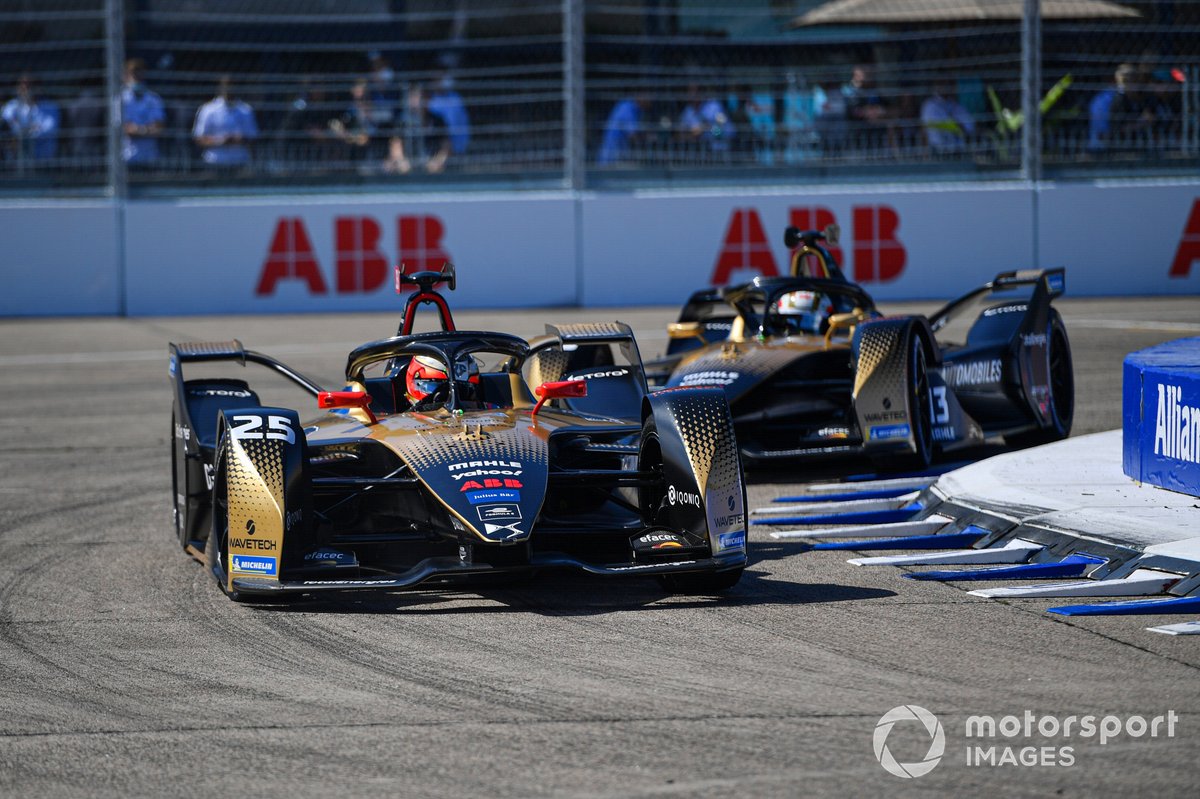 Da Costa attributed his decline from the lead to seventh as a combination of a poor energy management and increased tyre wear, both as a consequence of the abrasive concrete surface at Tempelhof but also as a general trend of the new DS E-Tense FE21 car.

But the defending champion, who now sits seventh in the points ahead of the finale while Vergne ranks ninth, supported his teammate’s frustration.

Da Costa said: “Once they made the call to swap position, it really screwed him over. It didn't compromise my race, but it definitely compromised his because he lost places to the two Audis.

"He's vocal about that and rightly so.”

Expanding on the car issues, da Costa said he had adapted his driving style in an attempt to combat the flaws.

He added: “It's been a little bit of a trend this year for us since we brought the new car in that we are very harsh on rear tyres, tyres in general. We've been working on a lot of small details, including driving styles, to try and help that.

"But the trend is clear across the two cars.”

This arrives in a season when DS Performance director and powertrain overlord Xavier Mastelon Pinon has left the team to become FIA technical director.