Felix Rosenqvist says he couldn't pass up the opportunity to compete for Chip Ganassi Racing in IndyCar, even though that required an exit from the "booming" ABB FIA Formula E series.

The Swede, who won three Formula E races in two seasons with Mahindra, will make an unexpected final start in the electric championship this weekend before heading off to American competition for 2019.

Mahindra had signed an all new line-up of Pascal Wehrlein and Jerome D'Ambrosio for the 2018/19 season, but with Wehrlein needing to see out his Mercedes factory contract Rosenqvist has been called up on a one-off basis for the Ad Diriyah E-Prix opener.

Leaving the door open to a full-time return to Formula E in the future, the 27-year-old Swede said it was "the right timing" for his departure.

When asked if the Saudi Arabia round would mark the last time he appears in FE, Rosenqvist told Motorsport.com: “Short-term, probably yes.

“Long-term – I have ambitions [regarding] coming back here at some point. This championship has done a lot for me and I always enjoyed being here.

“Obviously now I have a new challenge and something I’m really excited to do – it’s like a dream come true.

“That’s the main target now, but you never know – I could be back at some point.

"I’m sort of coming to the age where if I’d stayed in Formula E maybe it was going to be the place I would stay for a long time.

“[That] would be fine but I felt that as I had the opportunity in probably one of the best teams in America, in IndyCar, it’s maybe an opportunity I’d only have once.

“And I didn’t see that opportunity coming again in the future, so it was one of those things. You flip a coin and say ‘ok, let’s do it’.”

Regarding any competition he may face for a future FE return, Rosenqvist said that “you have to focus at the thing you’re doing, then it’s going to be all good".

“I’m not thinking ‘oh in eight years I’m going to be back here’,” he said. “It’s just I think if I do a good job over there, I’m going to keep being able to do things.

“Many have said ‘Formula E is growing, it’s the right place to be’, which I think is right. It’s true, it’s really the booming championship right now.

“But from a sporting point of view I wanted to do IndyCar so bad.

“And I don’t really care if it’s the money or whatever, I want to drive there and that’s mainly the reason I’m there.” 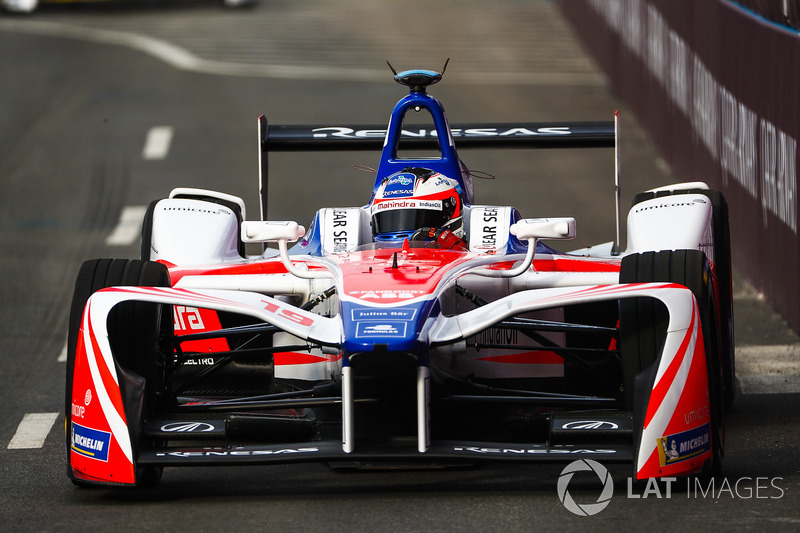 Mahindra cannot aim for anything but title - d’Ambrosio