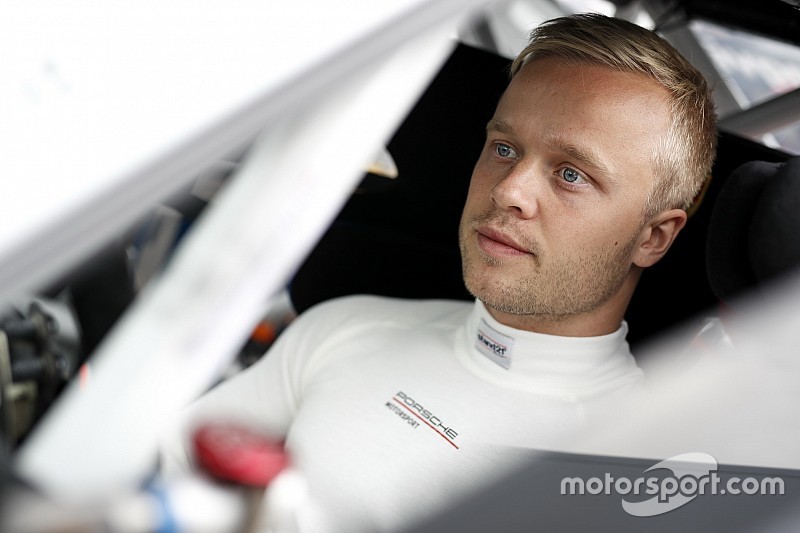 Felix Rosenqvist will replace Ed Jones in Chip Ganassi Racing-Honda’s #10 IndyCar, which will again be sponsored by NTT DATA.

Rosenqvist, who has tested for the team at Mid-Ohio, impressed five-time and current champion Scott Dixon, his race engineer Chris Simmons, and managing director Mike Hull with his immediate pace and accurate feedback at the tests.

Although there were worries that he might not be available for the full season due to potential commitments with the Mahindra Formula E team – there are six clashes between the FE and IndyCar schedules next year – Rosenqvist’s manager Stefan Johansson confirmed to Motorsport.com that his protégé will compete in all 17 IndyCar rounds.

Said Ganassi: “Felix has become familiar with our team and has worked in our system a little bit after coming over to test with us on a few occasions. Our management and engineering groups, along with the entire team, were impressed by his ability. The time was right to get him in the #10 car and I think I speak for a lot of people when I say that we are confident about what he can do behind the wheel next season.

“In addition, we are extremely proud to announce that NTT DATA has renewed with us as part of a multi-year deal. They have been a fantastic partner of the team and big advocates for the sport for a number of years, and we are pleased to see it move into the future.”

Rosenqvist, who won three Indy Lights races in 2016 in a part-time campaign with Belardi Auto Racing, stated: “To say I’m thrilled or excited to be making this step in my career would be an understatement. Coming to IndyCar and driving for Chip is just a dream come true. I’ve followed the team for as long as I can remember, and it’s the kind of team and owner any driver would want to race for.

“Scott has had another tremendous season with three wins and a fifth title, so you absolutely couldn’t ask for anything more in a teammate. I can’t wait to start contributing to the team and getting to spend more time with everyone at NTT DATA.”

“Together, NTT DATA and Chip Ganassi Racing have proven to be a championship team,” added John McCain, chairman of NTT DATA services, “and we are proud to continue our longstanding partnership. IndyCar is the pinnacle of racing, and with Felix and Scott behind the wheel, the Ganassi team will continue to the set the standard for peak performance.”

Whatever happened to the 2016 IndyCar champion?