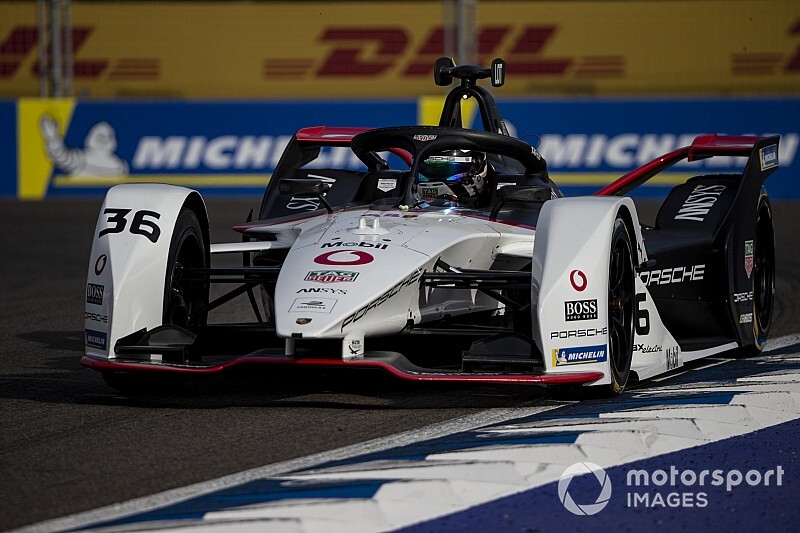 The two-month suspension of the 2019/20 Formula E Championship could lead to Porsche downscaling its targets for its second season in the series.

Pascal Zurlinden, head of factory motorsport at Porsche, has warned that the likely cancellation of races postponed since the start of the coronavirus crisis will have a negative impact on its 2020/21 campaign with the 99X Electric.

"We are rookies this year and our target was to learn all the characteristics of a championship where you cannot test - because testing in the middle of cities is not possible - so in our second season we will still be rookies on many race tracks," Zurlinden said.

"This will affect a bit our goals, but we are pushing in simulation and so on to definitely come back stronger than we were before."

Zurlinden added that Porsche's FE campaign would be more heavily affected by the current world situation than any of its sportscar programmes.

"The big con of this situation is that we are not learning race tracks, places like Rome, Paris and Seoul, that will all be on the schedule next season," he said.

"We are still going to be rookies when we go to some of these tracks in our second season."

But Lotterer suggested that the hiatus in the FE season could also have a positive impact on Porsche's programme.

"The pro is that this will give us time to address things that wouldn't normally be available if were still concentrating on race preparations," he explained. "We can now focus on development more."

Zurlinden and Lotterer both said that Porsche had work to do to get on the race pace of the FE frontrunners.

Lotterer qualified first and third in Mexico City and Marrakesh respectively, but was unable to convert either into anything better than an eighth-place finish in Morocco.

Those four points and the three Lotterer won for pole in Mexico are the only scores he and teammate Neel Jani have got on the board since Lotterer's second-place finish in race one of the season-opening Riyadh weekend back in November.

"Our qualifying has shown that the car is really competitive," said Zurlinden. "In the race we still have a lot to learn on how to use energy.

"We have had some contacts due to street racing, which you could say is bad luck, but we have also had some penalties because there were some events that we didn't see in testing that resulted in us getting into mistakes with software."

Lotterer pointed out that the "race is a different game to qualifying" in FE.

"It's all those little things that you don't have in other forms of motorsport that all add up in FE," he said.

"I would say there is nothing wrong with our package technically - 80 or 90 percent of it is down to software and programming."

Lotterer suggested that his second place in the season opener at Riyadh wasn't representative because "the nature of the track maybe hid a few things".