Formula E’s 2021 championship runner-up Edoardo Mortara guided his Mercedes-powered Venturi Racing car to the top of the times on the final day of pre-season testing in Valencia.

Following the fallow media day on Wednesday at the Circuit Ricardo Tormo, the Thursday stint ran in the form of a continuous six-hour session to complete the three days of on-track running.

Mortara, who finished just seven points shy of champion Nyck de Vries last term, bolted to the top of the leader board just past the halfway point of the session with his 1m25.763s.

That meant he ended the day fourth hundredths clear of next fastest driver Jean-Eric Vergne, while simultaneously trouncing the Monday and Tuesday pace-setting times of Robin Frijns and Antonio Felix da Costa - which were both in the high 1m26s range.

Mortara stayed put in first place for the better part of 2h30m, while Vergne’s 1m25.804s effort had been posted before the first hour of the session had even elapsed.

With the cost-saving two-year homologation cycle ensuring the powertrains of last season have been carried over, reliability scares were few and far between.

Andretti Autosport’s American recruit Oliver Askew was the first to trouble the race director when he spun and beached his car in the gravel at Turn 8 after only 15 minutes.

He was recovered by a tractor and dropped back onto the asphalt to return to the pits before ending the day as the 17th fastest. 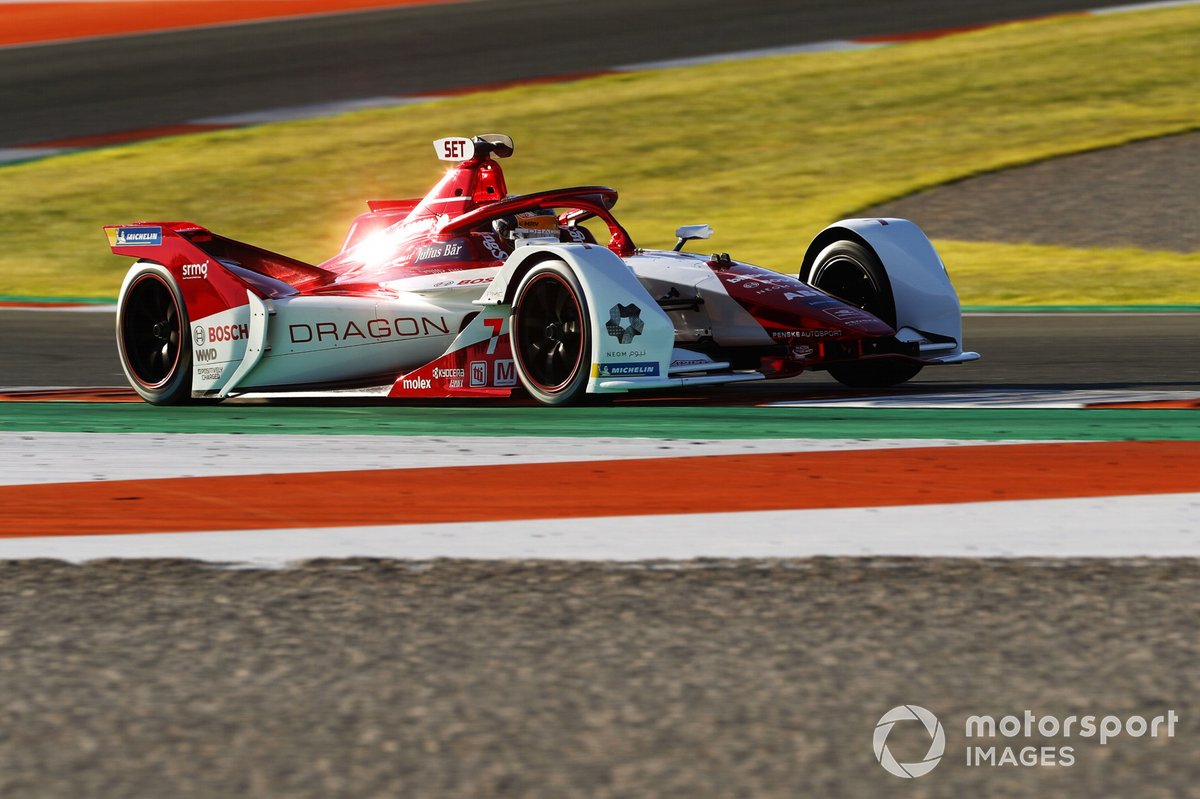 The second pause came an hour later when the sole Dragon Penske Autosport machine of Sergio Sette Camara came to a halt at Turn 7. He would finish in 19th.

Alexander Sims ran to 10th for Mahindra Racing to nose ahead of Sam Bird and Jake Dennis.

Adam Carroll, who formed one-half of the Jaguar line-up for its debut 2016-17 campaign, replaced Jeddah-bound FIA Formula 2 racer Dan Ticktum at NIO 333 for the final day.

The squad’s Irish reserve driver ran to 21st of the 22 cars, setting a 1m28.192s best effort to trail temporary team-mate Oliver Turvey by one place and 1.3 seconds.

However, the final car did not leave the garage all day as Dragon Penske Autosport appeared to be caught off guard and failed to find a replacement for Antonio Giovinazzi, as the Italian flew to Saudi Arabia to contest his penultimate Formula 1 race for Alfa Romeo.