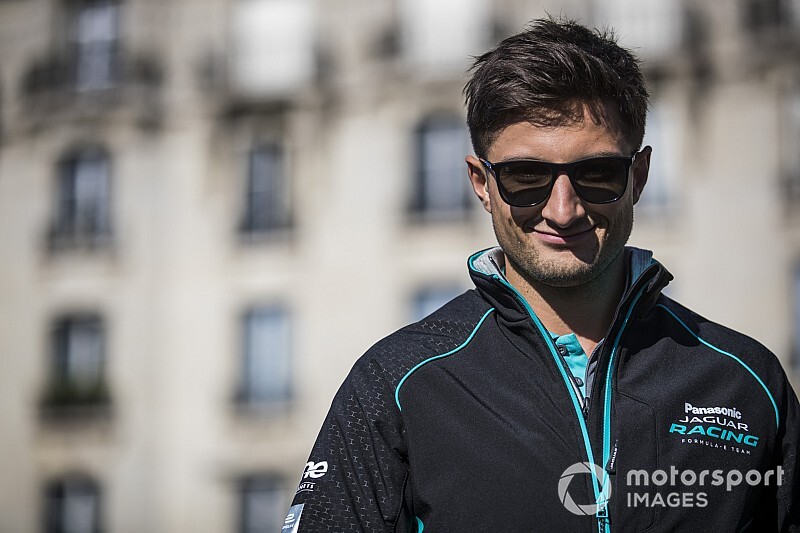 Mitch Evans has signed a new deal with the Jaguar Formula E squad ahead of the 2019/20 season.

Evans has raced with the British team since leaving GP2 at the end of 2016 and scored its first FE podium, pole and race win.

He finished third in the second Hong Kong race in 2017/18, took pole for the Zurich E-Prix later that season and won the Rome event last season, which was Jaguar’s first international series win in 28 years.

The 25-year-old’s new deal is described as “multi-year” by Jaguar, although he explained it was a “season-by-season” arrangement.

“From my side it was a no-brainer and I’m very happy to be entering my fourth season with them,” Evans told Motorsport.com. “Hopefully as a real title challenger and contender.

“I’ve been with them since day one, which is great think because they gave me an amazing opportunity after I was on the ropes not really getting any F1 opportunities.

“So there’s obviously a bit of loyalty there, but also I see where the team is heading – there’s a lot of great people, we’ve got a great team and the performance and progress has been going in the right direction.”

Evans finished fifth in the 2018/19 standings – his best FE result to date – but was left with “mixed emotions” about the season where he was in title contention for the first time.

His frustrations stem from an early-season package development decision Jaguar took, which it felt led to set-up struggles that cost it time between the Santiago and Sanya races, before a reset ahead of the Rome event led to the breakthough win and season run-in for Evans that featured a brace of second places in Bern and New York

Evans reckons that Jaguar has learned from what went wrong in 2018/19 and has made “a big change from last year” with its new powertrain for the upcoming campaign, which he hopes has the “little 0.5 to 1% differences that are going to make the difference”.

“Hopefully the direction we’ve gone in is going to be in the right direction – we’re all hoping,” he added.

“But it’s a big change from last year and we’ll have to wait and see if it’s the right one.”

Jaguar team boss James Barclay said: “We are delighted that Mitch has committed his future to Jaguar Racing and will remain an integral part of the team for the foreseeable future.

“We have grown together in the last three seasons and developed into a winning team capable of fighting at the front of this highly competitive championship.

“Together we look forward to writing the next chapter of Jaguar Racing’s history.”

Jaguar is set to formally launch its 2019/20 team on October 2, where the team says Evans’ teammate for the upcoming season will also be revealed.