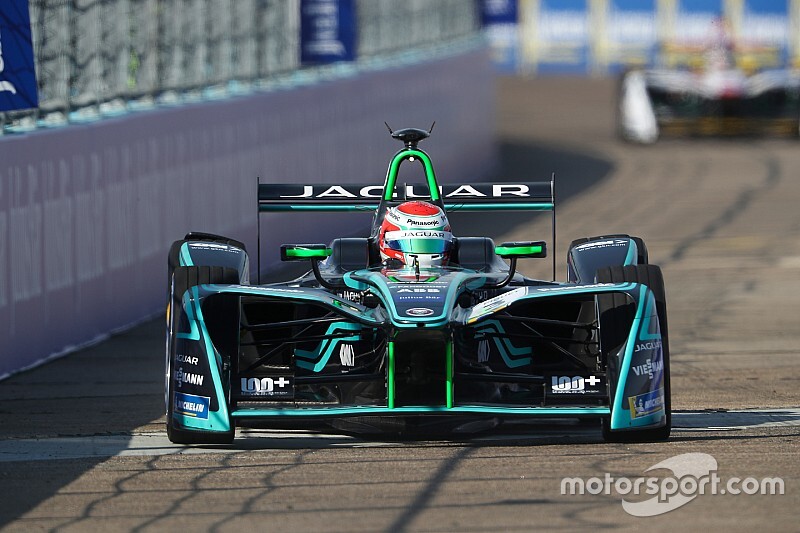 Jaguar was “worried” it would have to delay a Formula E entry by two years after being kept in a “holding pattern”, according to team director James Barclay.

The marque announced its intention to join FE in the winter of 2015 and made its debut for the 2016-17 season, eventually finishing 10th and last in the teams’ standings.

Jaguar replaced the Trulli GP outfit - which folded after the 2015 Putrajaya E-Prix when the cars failed scrutineering - meaning the team and technical partner Williams Advanced Engineering had a short lead time to develop a powertrain.

But speaking during the first of Jaguar’s ‘Re:charge @ home’ podcasts, Barclay said the team was concerned it would have to defer until season five and the introduction of the Gen2 car.

“We had to get an entry into the championship,” he said.

“But that wasn’t so straightforward because there weren’t team entries available and we were sort of on a holding pattern – really waiting for the opportunity to arise.”

Appearing on the podcast alongside Jaguar FE driver Mitch Evans, who is currently residing at Andre Lotterer’s house in the south of France, Barclay added that there was “at least two years’ worth of early discussions around returning to racing.

“We were starting to get worried that the opportunity wouldn’t come maybe until season five, which is when Formula E went from 10 teams to [11] teams.

“So actually it was a bit of a relief when it came off.”

Barclay added that Jaguar ruled out running a non-works team for its first season, rather than follow the route of 2019-20 debutant Mercedes – which ran under the HWA Racelab banner last year.

“The conversation was then that there’s obviously going to be a very short lead time into our first season,” he added.

“It’s fair to say that we didn’t want to do it behind another team.

Barclay also emphasised that Jaguar had to start from scratch to enter FE, and had not carried over resources from the defunct Formula 1 team.

Ford purchased Stewart Grand Prix and ran it under the Jaguar name for the 2000 season, but the cars did not use Jaguar engineering.

Although the manufacturer did give its factory blessing to the Rocketsports XKR GT2 that competed in the Le Mans 24 Hours in 2010, its last works programme was the XJ220C sportscar that raced in 1993 and ’94.

Barclay said: “The last time we were in motorsport was Formula 1 and that was obviously over 12 years ago at the time.

“But actually our last true works involvement goes a lot further back than that, so there was nothing, no leftover of a motorsport team in Jaguar.”