Antonio Giovinazzi was initially "confused" in his opening Formula E runs, labelling it "completely different" to anything he's raced in before as he participates in his first test for Dragon Penske Autosport.

Giovinazzi will depart Alfa Romeo's Formula 1 team at the end of the season following three years with the outfit, and joins Dragon for his first Formula E season alongside ex-Formula 2 driver Sergio Sette Camara.

The Italian driver was 15th on the timesheets following the end of Tuesday's morning running, although factored near the back of the order during the race simulation.

Following the opening day of testing and the Tuesday morning running, Giovinazzi felt that he still had a "lot of things to learn" about getting the best from his Formula E machinery, underlining the differences between it and driving in F1.

"It is a completely different category," Giovinazzi explained. "I've driven so many cars, GT cars, LMP2, F1, and then go into this car, everything feels so different.

"Yesterday I was really sort of confused and had a lot of things to learn. But the main issue for me is the braking, because in F1 everybody can really attack so much on the braking because you have so much downforce as well. 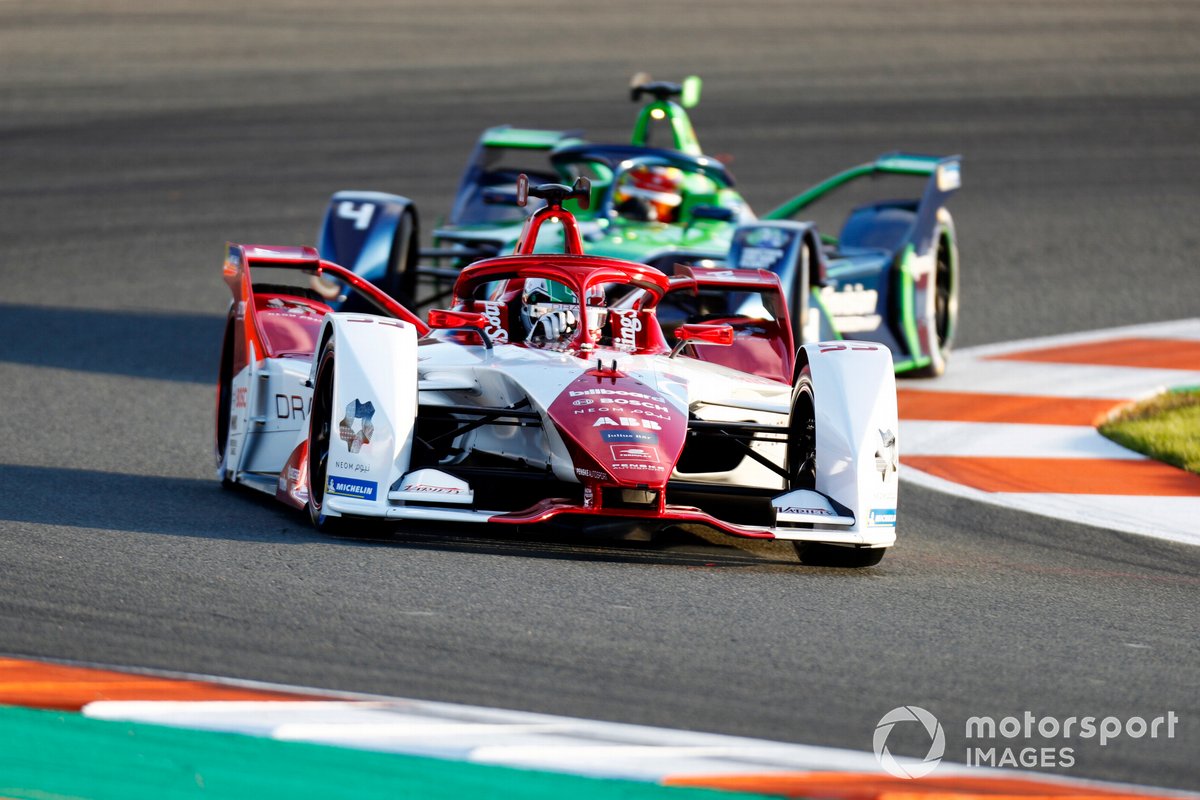 Giovinazzi admitted that the limited mileage throughout the test, in which he has had long periods without any seat-time amid the qualifying and race tests, will not leave him with enough preparation for the Saudi Arabia opener in January.

He will also miss the final day of Valencia testing to travel to the inaugural Saudi Arabian Grand Prix at Jeddah, but Giovinazzi hopes he can make up for lost time on the simulator.

"Yesterday afternoon [during the qualifying trials] I lost also some laps, it was not ideal," he said. "Same this morning, and I miss also the last day on Thursday because I need to go to Saudi.

"So it's not great like this, but it will be like this and I will focus more on the sim to set up myself on this car. Before race one, I will not have much miles before that.

"In the first race, I will try to do my best and do a lot of sim back in in the factory in December and January.

"It will be for sure a difficult part of the season, but we will work really hard and try to be in a good shape straightaway, as soon as possible.

"I still have to race in F1 for another two weeks, [after that] we have the Christmas time. But after Christmas I want to go straight to the factory and try to do a lot of miles in the sim, just also to go back through the procedure and everything.

"It's not much time. Of course, you want always more but it will be like this."