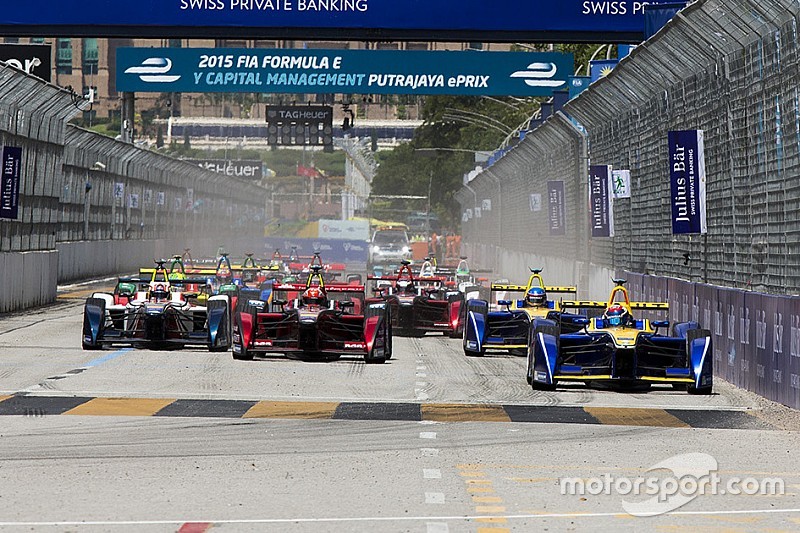 As the third season of the FIA Formula E championship kicks off this weekend in Hong Kong, Sam Smith surveys the field - and, with the help of an informed source, predicts who will come out on top.

Accelerated technical knowledge, team consistency and driver stability are the core ingredients which will reap success in the third season in the short history of Formula E, according to a leading management insider from the all-electric championship.

The new campaign begins this weekend with the inaugural Hong Kong ePrix, and a pecking order can be established with some accuracy, according to our key paddock source.

Last season Motorsport.com predicted what might be in store for each team in season two – see here. This year we do it again but with a slight twist.

Using some of a specially-adapted metrics system created by an anonymous and experienced Formula E engineering head (let's call him 'Engineer A'), Motorsport.com will predict where the teams will finish in the final order in July 2017.

A well-known motorsport professional, who has been in senior positions throughout the motorsport industry, 'Engineer A' is familiar with the Formula E paddock and has let us in on the secret formula he implements to predict the ultimate finishing order for season three.

"The idea for this system came from when I worked in Formula 1, and various people would speculate and prophesise that we would be able to do 'this and do that," says our undercover mole.

"'But that kind of dreamy logic is flawed, and to base a decision or forecast on something that is pie-in-the-sky means the decisions you make for the future are likely to be wrong.

"The classic example is when a sponsor joins a team on the premise of being at the front in every race, and are sold the dream of winning. More often than not, these are just hollow promises based on nothing more than wishful thinking.

"For a technical discipline like motorsport, you need to be more sure where you are in the pecking order, and also where your rivals are at." 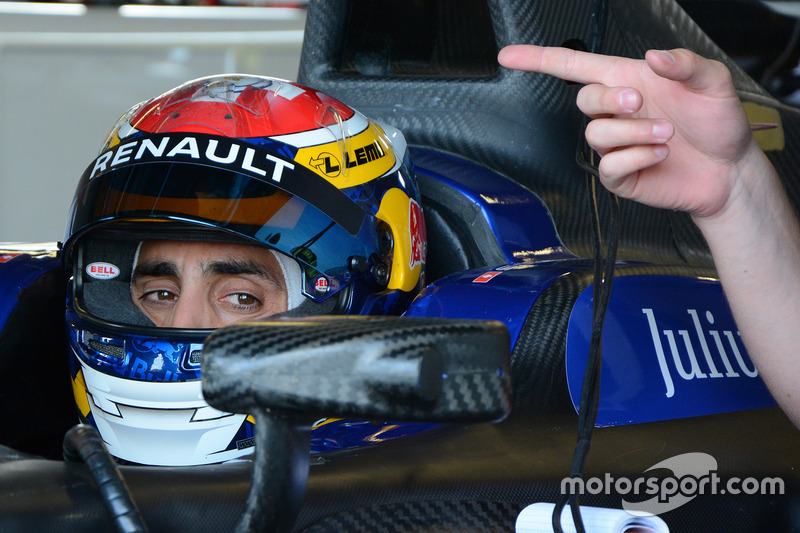 How does it work?

Our mole goes on to explain how his system works: "I have 20 different functions which are marked from 1 to 10, or 1 to 20 points depending on how they are weighted. I then mark all the teams and how I think they will score in the different functions.

"So, as an example, one metric is 'driver quality' and another is 'R&D facilities', so the teams get a mark for how they score on that particular function.

"I then add them up and the final score reflects their ultimate finishing position. There are 22 metrics in total, some technical, some sporting, some human resources, some operational and so forth."

So far he has been remarkably accurate. In season one, it was close, but by season two his predictions were spot on and the finishing order was predicted exactly.

The big anomaly in season one was Dragon Racing, which was late starting the season, missed the first test and had to contend with rumours it was not going to make the grid in Beijing.

But once Nigel Beresford, formerly an integral part of the Penske racing department, had essentially built the team, Dragon started performing and by season's end was among the most consistent performers, ending the season a remarkable P2 in the teams' standings.

But what will season three bring?

"Season three is really interesting, because everything will close up due to there being no major regulation change," says 'Engineer A'. "There will be a big bunching outside of the top two teams (Renault eDams and Abt Audi) over the entire season.

"DS Virgin and Dragon are close, while Mahindra, Jaguar and NextEV won't be far away from them either. It is tricky to predict as it has never been as close between so many teams.

"It is harder to predict this year, and like Dragon in season one, we have a big anomaly with the new Techeetah team. They have the best powertrain on the grid, which was reflected by their pace on one lap and longer stints too at Donington.

"With a fast car and a stunning driver in Vergne, they should win races."

None of the metrics previously done by 'Engineer A' have taken into account an official customer team such as Techeetah, which has chosen the most cost-effective way of running a car in Formula E.

Jaguar's final finishing position too will be hard to predict due to many variables and unknowns in its operational and technical vision.

"I like Jaguar, I think what they have done is bold and committed, but it's complicated there. It will take them a long-time to get in to position for podiums and victories I think," adds 'Engineer A'.

"They need a good building year. If they get into the top six, they will have done a great job." 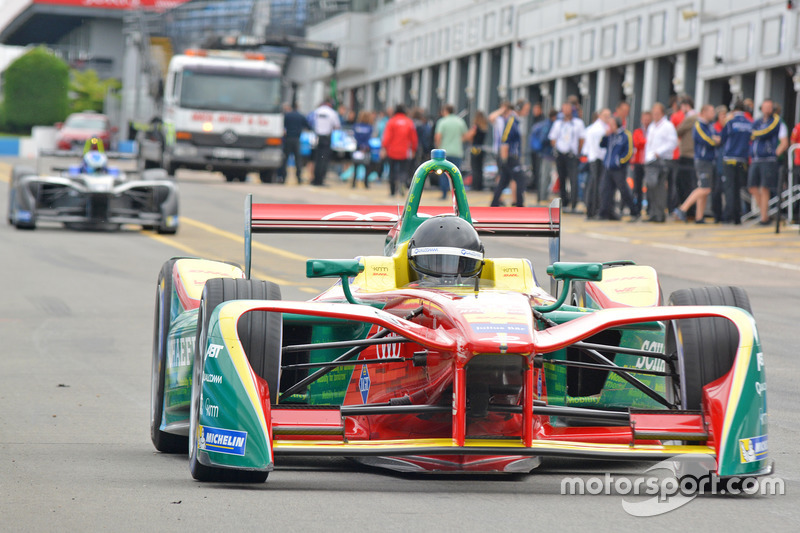 As our senior paddock mole suggests, 2016/17 will be closer than ever, meaning any errors or underperforming will result in a major drop down the grid order and a completely compromised race.

Renault e.dams and Abt Schaeffler Audi Sport look as though they have the quickest cars taking into account pre-season testing, both executing a straightforward evolution of their powertrains.

That means Sebastien Buemi has to start as favourite to become a double champion, but don't discount a more confident and comfortable Nicolas Prost. Should the Frenchman get the rub of the green, he could become a much sharper thorn in Buemi's side, as he was on occasion in season one.

Lucas di Grassi, meanwhile, will be out for blood this season after blotting his copybook in the season two finale Battersea Park. The Brazilian should arguably be a two-time champion, but fate combined with errors from both himself and his team have prevented that.

With the full backing of Audi coming on stream and the profile of the all-electric championship about to expand, expect some potent vorsprung durch technik to win more races for the German team.

Likewise, much is expected of last season's third-placed team, DS Virgin. The season three car, which features a clean sheet of paper design led by Xavier Mestelan, has so far been an improvement, although the one area which is still being perfected is its performance on the new Michelin tyres.

The Anglo-French squad seems to have struggled slightly more than the other front-running teams in adapting to the new rubber, so it would be little surprise to see DS Virgin get off to a slow start but end the campaign on a high note and potentially challenge Abt-Audi for second place.

Three-time WTCC champion Jose Maria Lopez looks to have got the hang of Formula E from the very off, giving the team less reliance on Sam Bird's acrobatics at the wheel as it chases the 'big two' teams. 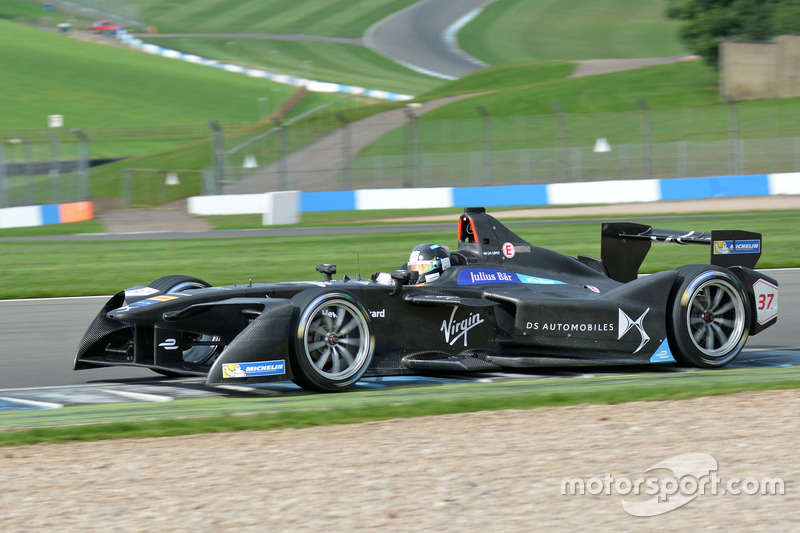 Further down the order, Faraday Future Dragon and Mahindra are looking very close indeed, and it is almost impossible to choose between them for fourth in the title race.

As both are running very similar powertrain packages, including the Magnetti Marelli motors and other developed elements of the powertrain, their competition will be a running theme this season.

Should Felix Rosenqvist show the class he has so far done throughout his career, especially on street circuits, then expect him to run Lopez close in the unofficial 'Rookie of the Year' stakes and perhaps score the necessary points alongside Nick Heidfeld to just pip Dragon in the final standings.

Then there's Techeetah. Jean-Eric Vergne should be in a position to win races, but the fact remains that the team, which remains largely unchanged from the disbanded Team Aguri squad, will have to make a major step up operationally to mount anything approaching a challenge to the top five.

Certainly, Vergne should be a major pain for Buemi when it comes to qualifying, and pole positions for JEV are highly likely, if not expected. The added incentive for the Frenchman will be that he also has an interest in the team beyond just driving for them.

Andretti, with as talented a driver line-up as there is on the grid – Robin Frijns and Antonio Felix da Costa – will again be looking to pick up scraps from the table this season.

While startling cameo performances are likely to be a thing of the past for the US squad, what Andretti has on its side are two of the best drivers when it comes to thermal management and re-generation strategy. The 50kW increase in regen this season will therefore play into the hands of the Andretti pair.

Andretti also appears to have opted for more gears than its opposition, but with engineering and technical assistance from BMW coming on stream, expect the operation to get quicker and quicker as the season progresses. It's also quite possible that its Donington pace was 'controlled' in some fashion.

The renamed NextEV NIO team will be much more competitive than it was in a largely disastrous season two campaign, as the team has trimmed out a lot of weight in its restructure, both in the powertrain with partners Omni Gear and Rational Motion and also within the team itself.

No expense is being spared, and the structural changes to the team instigated by Gerry Hughes, who joined at the end of 2015, are now bearing fruit. Keeping Nelson Piquet Jr and Oliver Turvey in the seats was crucial, and given the equipment they will both deliver.

Venturi looks likely to struggle as it entwines with new technology partner ZF with an eye on producing something special for season five. The Monegasque squad did the least miles in public testing, and on pace it also brought up the rear.

Still, the potential is there for drivers Maro Engel and Stephane Sarrazin to join the midfield fight with the likes of Andretti, NextEV and Jaguar as the season progresses. 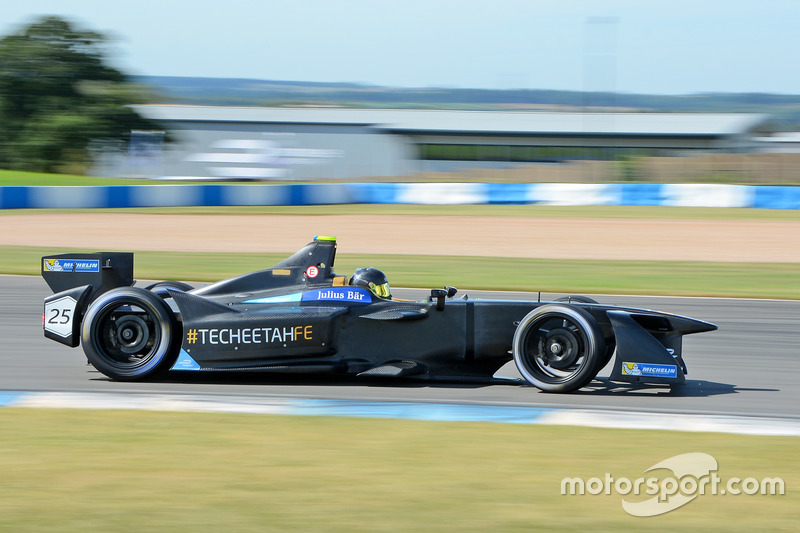 Of course, the biggest sub-plot to the main title battle is likely to be how Jaguar fares on its return to international motorsport for the first time since 2004, the last year of its F1 project.

The Panasonic-backed team could annex sixth position in the championship, but a lot will depend on whether Techeetah will see a significant points contribution from Vergne's teammate Ma Qing Hua.

Jaguar seems to have ticked the reliability box, but what of its pace? It is a relative unknown, but a position in the midfield seems a likely aim, at least in the opening two races. Team chiefs have sensibly stated the first season is a learning year, emphasising it is effectively two years behind the opposition.

While essentially true, the operation does have all the capabilities and facilities to grab some good points-scoring positions should circumstances allow this season, boasting experienced personnel like team manager Tim Newton and race engineer Patrick Coorey, who joins from DS Virgin.

The pressure will start to come if Jaguar is not able to race consistently in the midfield from the third round of the season at Buenos Aires onwards.

At the same time, with its quality driver line-up of Adam Carroll and Mitch Evans, it would not be a surprise to see the British marque start to overachieve in the second phase of the season and possibly threaten Techeetah and Andretti in the teams' standings. 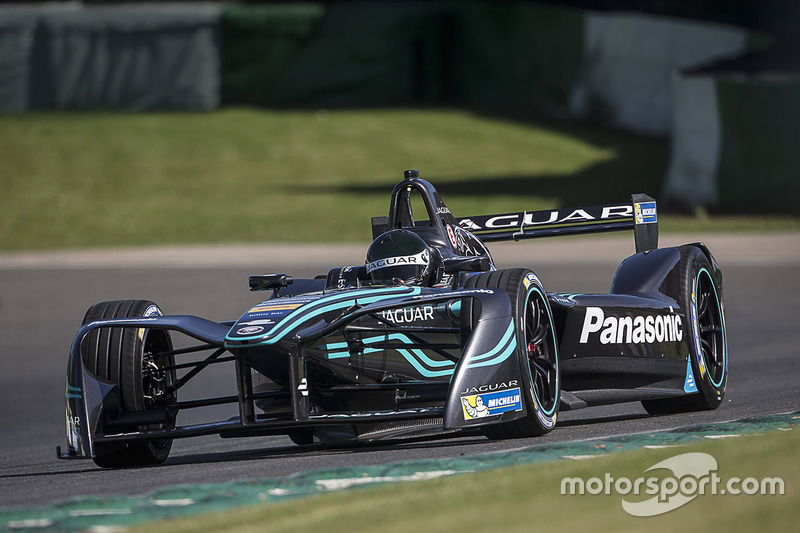