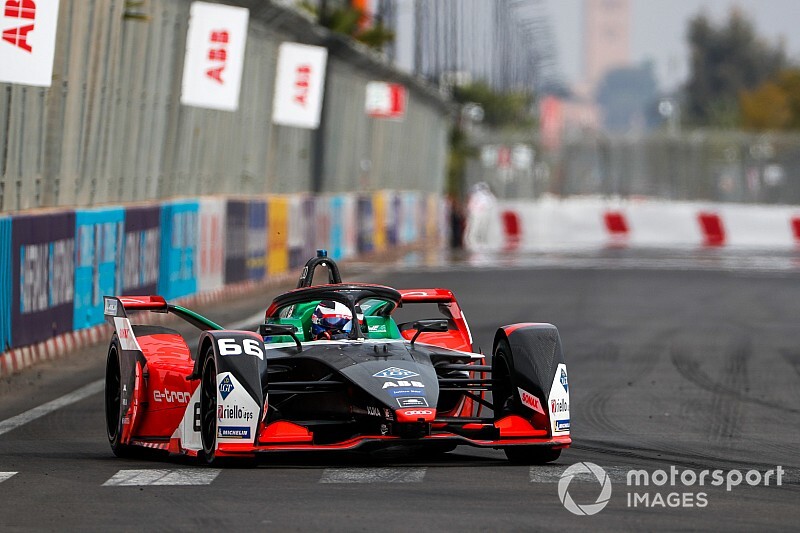 Audi has dismissed comments from ITR chairman Gerhard Berger that Formula E lacks emotion and that withdrawing from the DTM would damage the manufacturer’s reputation.

Ex-Formula 1 driver Berger, 60, was speaking in response to the growing uncertainty surrounding Audi’s future in the DTM ahead of a proposed internal restructure – despite the marque increasing its 2020 entry to nine cars.

Berger said that Audi picking an FE programme over the DTM “might weaken your reputation as a sporty brand” and that FE struggles to communicate emotion and passion.

But an Audi spokesperson has rubbished those comments from Berger, saying that FE does create emotion and that an electric motorsport does not entail the end of internal combustion engine racing.

“In Formula E we can talk about other stories than the DTM," Stefan Moser, Audi’s head of motorsport communication told Motorsport.com.

"We can talk about sustainability, we can talk about electromobility and this is very important to our brand right now. We are switching our mindset completely at Audi. We are producing more and more electric cars.

“If you see the [FE] races right now, we have much more overtaking than other race series, which depends on our qualifying format because not always the fastest drivers in the championship are starting at the front of the field.”

“We are going to the places where the people are,” he said. “If you think about the Nurburgring, it is a fantastic race place but people have to drive 20km.

“When you see the spectators [at FE races] they are not coming with Ferrari jackets and hats from Mercedes – they're coming to Formula E because there's an event in the city.”

Moser did defend the reputation of the DTM, adding: “The DTM is the best platform in Europe for touring cars, no question.

“It's easy to understand that we will see combustion engine racing and electric racing in motorsport.”

Dragon FE driver Nico Muller also contests the DTM for Audi squad Team Abt. He defended the racing in FE, saying that it can still be “spectacular” even though it is labelled as “different”.

Muller told Motorsport.com: “[Berger] is one of the old-school racers, having grown up in a previous generation than us. So maybe he has some different ideas.

“I definitely think that in Formula E there is no lack of emotion, passion for racing. I think the racing itself that is being shown on track is spectacular.

“For sure it’s different to what we may have all grown up with, but I don’t think it’s less spectacular in any way. It’s very exciting, it’s very intense, it’s a big challenge for the drivers.”