Formula E co-founder Alejandro Agag "cannot understand" Mercedes' decision to quit the championship, adding that perhaps the manufacturer is seeking a "last dance" by pledging its commitment to Formula 1.

Ahead of its drivers' and teams' title coronation in Berlin in August, Motorsport.com broke the news that Mercedes would exit Formula E at the end of the inbound 2022 season - the final year of the Gen2 rules.

This comes despite the marque revealing earlier this year that it will shift towards offering an all-electric road car line up by 2030 as part of a £34 billion investment.

However, motorsport CEO Toto Wolff and team principal Ian James are forging ahead with a plan to find private investment or a total sale of the Brackley-based race team to continue in the championship.

He said: "For me, I cannot understand their decision. It simply puzzles me. They are selling electric cars more and more, they will stop selling combustion cars in the UK in 2030."

In the official announcement from Mercedes, it outlined that a Formula E departure will allow it to "concentrate its works motorsport activities" on Formula 1, given the championship's status as "the fastest laboratory for developing and proving sustainable and scalable future performance technologies."

Agag likened this to Mercedes seeking a "last dance" with combustion-engine racing.

He continued: "To go back to combustion racing, maybe they're having a little bit 'the last dance'.

"They want to enjoy these last years burning fuel and then in 2030 they will maybe come back to electric racing. Probably before that.  But I cannot understand the decision, but it's not a problem." 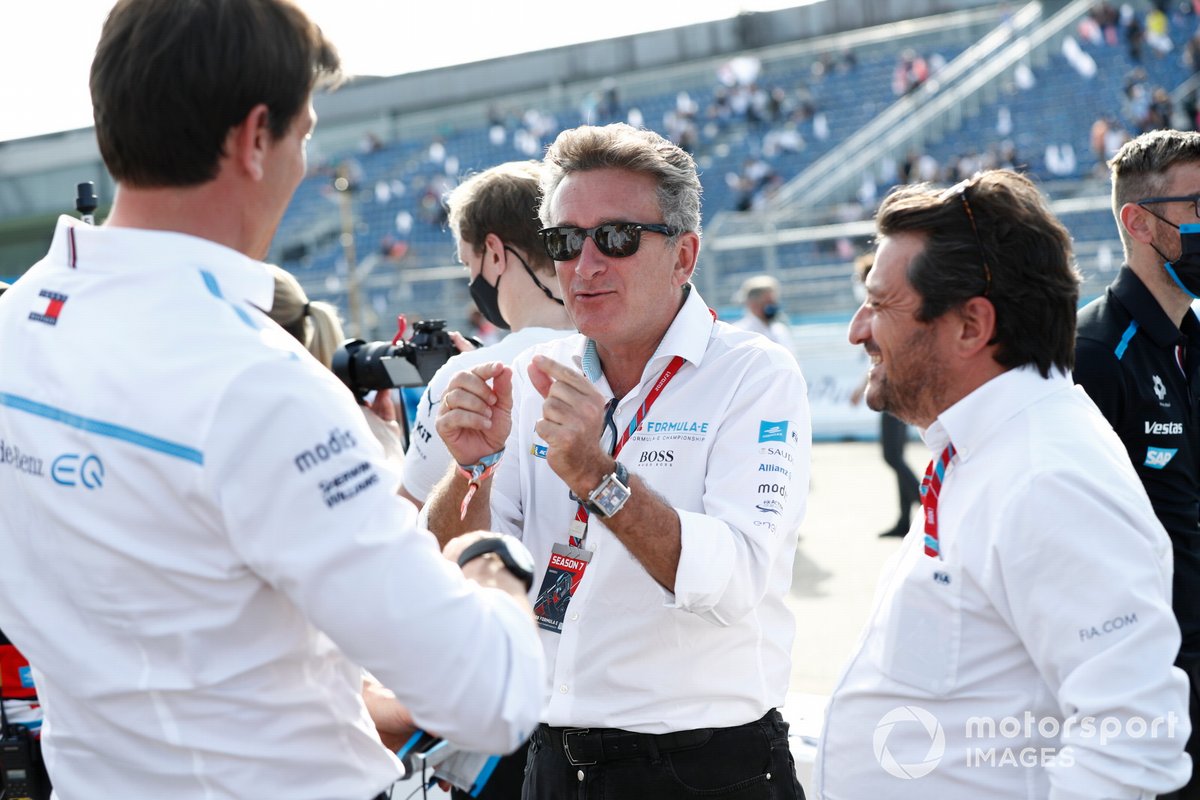 Although Mercedes will follow its premium German automotive rivals Audi and BMW in leaving Formula E, Agag promised the arrival of more manufacturers while stressing the value of independent entries.

He said: "We have other manufacturers coming on board very soon.

An announcement on the privateer future of the current Mercedes Formula E set-up is expected in the coming weeks.

Meanwhile, the championship will invite new manufacturers to have an input into the Gen4 regulations.