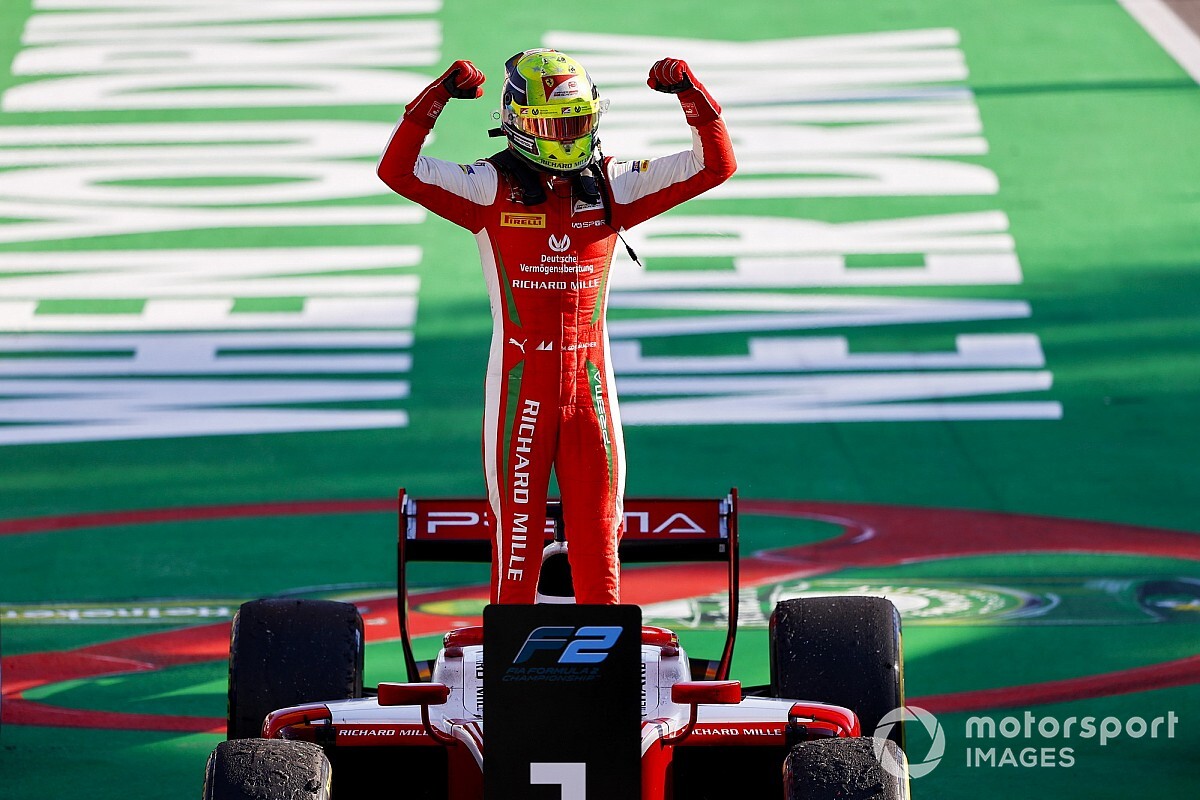 Schumacher had taken more podiums than any other driver prior to the weekend but was still awaiting a race victory in his second season racing in F2 with Prema.

He led the early stages of qualifying but beached his car in the gravel on the exit of Ascari and ended up seventh on the grid.

However, Schumacher was able to make his characteristic fast getaway off the line and moved into second place on the opening lap behind polesitter Ilott (Virtuosi).

He remained within two seconds of race leader Ilott in the early stages of the race whilst the drivers behind frenetically squabbled for the final place on the podium.

Ilott pitted at the end of the 11th of 30 laps but stalled when exiting his pit box and fell to 21st position, handing Schumacher the net-lead of the race.

Renault junior Christian Lundgaard then became Schumacher’s main challenger but Schumacher was able to keep a consistent buffer of around three seconds to the ART Grand Prix driver, who was forced to switch his attention to third-placed Luca Ghiotto.

Luca Ghiotto reeled in Lundgaard and passed him for second place at the first chicane with just three laps of the race remaining.

But the Hitech GP driver was unable to make significant inroads into Schumacher’s advantage, eventually finishing 3.185s behind.

It marked Schumacher's first F2 victory since he won the Hungarian sprint race from reverse-grid pole position last year and it vaults him to third in the drivers’ championship.

Lundgaard settled for third place ahead of Red Bull and Honda protege Yuki Tsunoda, who made a poor start from the first row of the grid.

Ilott’s teammate Guanyu Zhou charged from 17th on the grid to complete the top five on the alternative strategy.

Ilott was able to recover from his pitlane drama to finish in sixth place, just edging Williams F1 development driver Dan Ticktum by one-tenth of a second.

Schumacher’s teammate Robert Shwartzman had a muted run to ninth place from 16th on the grid, with Carlin’s Jehan Daruvala claiming the final point in 10th place.

Nikita Mazepin, who lost his Spa feature race win following a post-race penalty, retired with mechanical woes whilst fighting for a top-five finish.