Oscar Piastri will use the two and half month break between Formula 2 rounds to discuss his future, admitting a Formula 1 reserve driver role at Alpine next year would be helpful.

The Australian appears unlikely to graduate to an F1 race seat next year and could face a year on the sidelines despite emerging as the favourite to win the F2 championship this year.

After scoring his second feature race win in Sochi, Piastri has opened up a 36-point lead over Guanyu Zhou, who is among the leading contenders to snare the remaining 2022 F1 drive at Alfa Romeo.

The 20-year-old Alpine Academy driver has openly admitted that his F1 chances for 2022 are slim and is targeting a reserve driver role at Alpine.

While such a role would most likely see Piastri without a race drive in 2022, being a reserve driver could prove beneficial preparation for stepping up to F1 in the future, following confirmation it will be mandatory for teams to run rookie drivers in several FP1 sessions next year.

“I will see if Alpine has got anything planned and most likely I will try to work out plans for next year because we certainly have a lot of time to discuss it now,” said Piastri when asked what he will do in the 10-week gap before the next F2 round in Saudi Arabia.

“That is what we are targeting at the moment and it would most likely lead to a year on the sidelines which is never ideal, but it is not the first person it has happened to and it won’t be the last.

“I still have to win this championship to make that happen so there is still a lot of things that can happen between now and then but that is definitely what we are targeting.

“It is of course not ideal to not be racing, as that as racing drivers is what we love to do naturally.

“That is a sacrifice I’m willing to take if it leads to a race seat for the following year.”

Next year’s plans hinge on what happens in the F2 title race as Piastri would be unable to return to the category in 2022 should he win the title under the current championship regulations.

Despite holding a healthy points lead, Piastri is refusing to label himself as the championship favourite heading into the final two rounds in Saudi Arabia and Abu Dhabi in December.

“I’m not going to call myself the favourite but I think my lead is the biggest its been and I feel like I’m driving well and the team has been doing a great job with the car,” he added.

“I think we have been strong since round 1 and we have been on the podium in every feature race except for Bahrain, so that is testament to the whole package. I’m glad I’m in the position I’m in and not having to chase.

“It is nice to have that gap and now I have got two and half months to dream about that but I still want to extend that more and make it a little bit more comfortable, because with the format this year, everything can change in a blink of an eye. I’m not getting ahead of myself.” 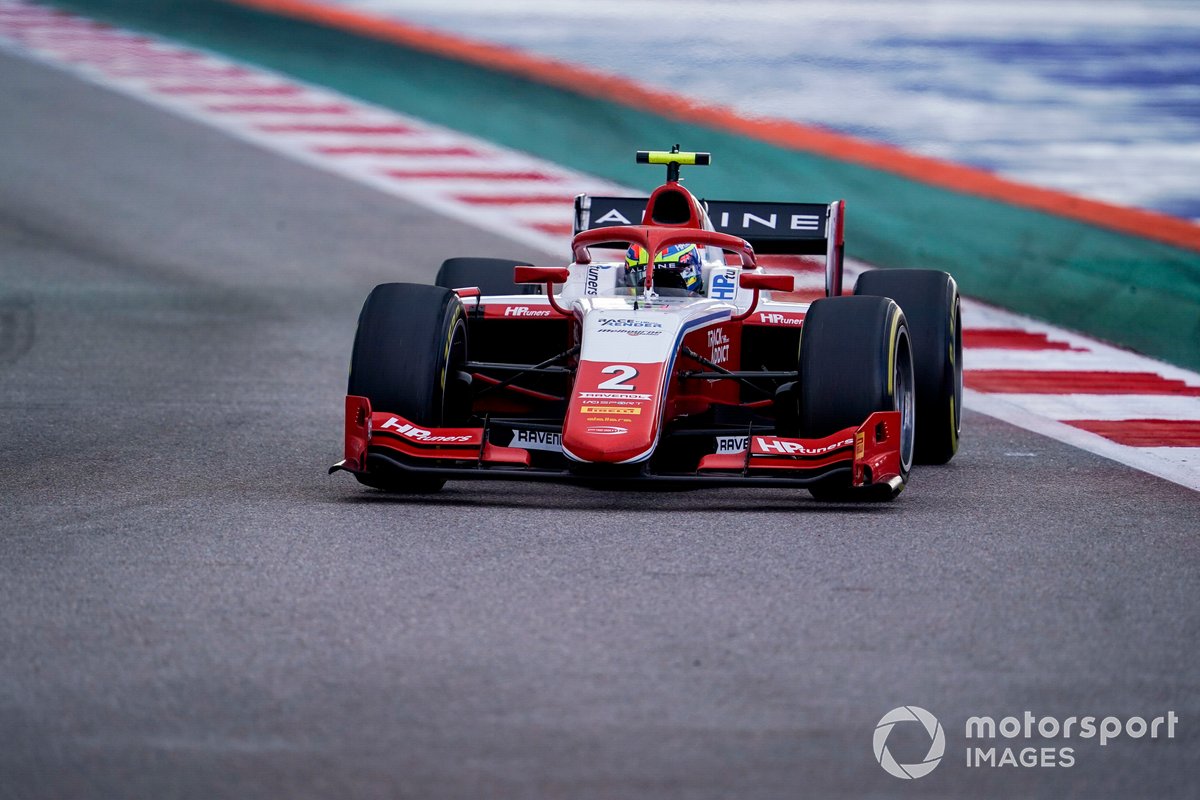