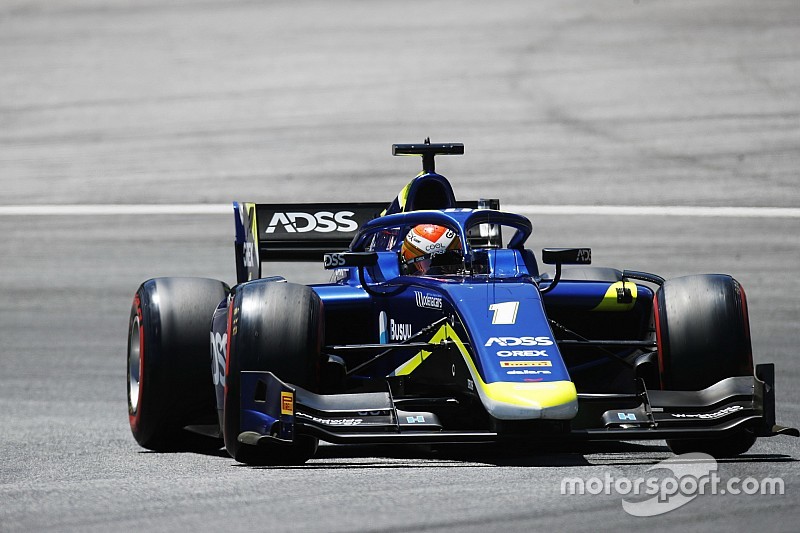 Most drivers set their fastest times in the first half of the session, before conducting long runs in the second half amid worries that tyres will degrade rapidly during Saturday and Sunday’s races in searing heat.

Luca Ghiotto was one of the last to set his flying lap, having loggedd session-best sectors on his early effort before bouncing over the gravel after an understeer-induced moment at Turn 8.

DAMS pair Nicholas Latifi and Sergio Sette Camara took fourth and sixth, sandwiching Campos Racing’s Jack Aitken to ensure the top four in the championship were all in the top six.

Callum Ilott managed more laps than any other driver in the top 10 as he delivered seventh for the Sauber Junior team, ahead of Deletraz’s Carlin teammate Nobuharu Matsushita.

Top F2 rookie in the standings, Guan Yu Zhou, sealed ninth while Sean Gelael made it six teams in the top 10 for Prema.

The top 10 was split less than half a second, Gelael 0.479s behind Deletraz’s benchmark.

Arjun Maini was the top driver making his season debut, taking 16th for Campos Racing at a track where he led much of the feature race for Trident one year before.