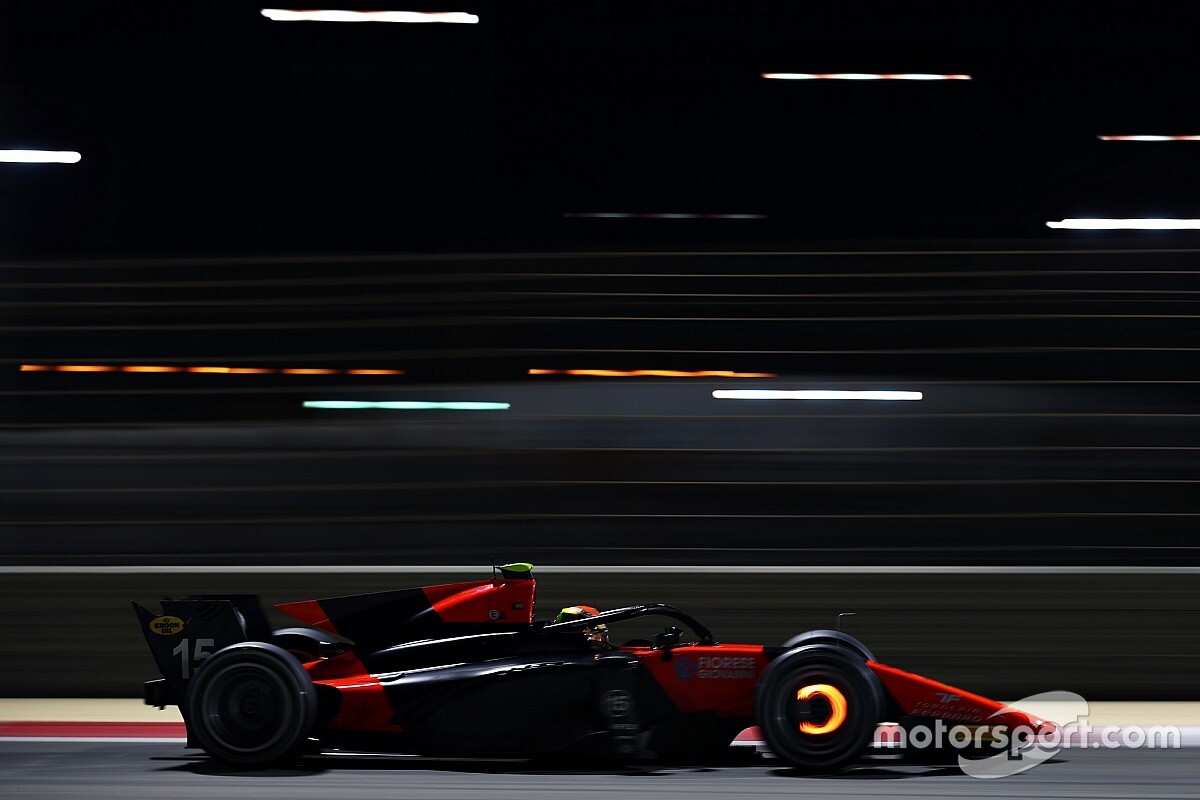 Deletraz was up to pace immediately as track action got underway at 9am local time, lapping the circuit in 1m41.827s just 17 minutes into the session to snatch the top spot early on.

That time would remain unbeaten throughout the day, with no other driver dipping into the 1m41s after six hours of running across two sessions.

Carlin’s Jehan Daruvala finished second on Thursday’s after topping the opening two days of running, with his morning effort of 1m42.005s putting him 0.178s down on Deletraz.

However, the Indian driver still ended the three-day test the quickest of all thanks to his Wednesday benchmark of 1m41.686s.

Red Bull junior Juri Vips (Hitech) finished just over a tenth adrift of the leading duo on Thursday, with Dan Tictkum not far behind in fourth on another strong day for Carlin.

MP Motorsport’s Lirim Zendeli, UNI-Virtuosi driver Felipe Drugovich and Campos man Ralph Boschung were all separated by less than a tenth of a second in sixth, seventh and eighth places respectively.

Most of the day's quickest times were set in the morning, with only Drugovich's afternoon effort of 1m42.435s good enough to grab a spot in the overall top 10.

Boschung and Bent Viscaal (Trident) stopped on the start/finish straight in the morning due to separate reasons and were unable to return to the track for the rest of the day.

There was only a single stoppage in the afternoon session, deployed just after the halfway mark and lasting less than five minutes when Theo Pourchaire's ART came to a halt.