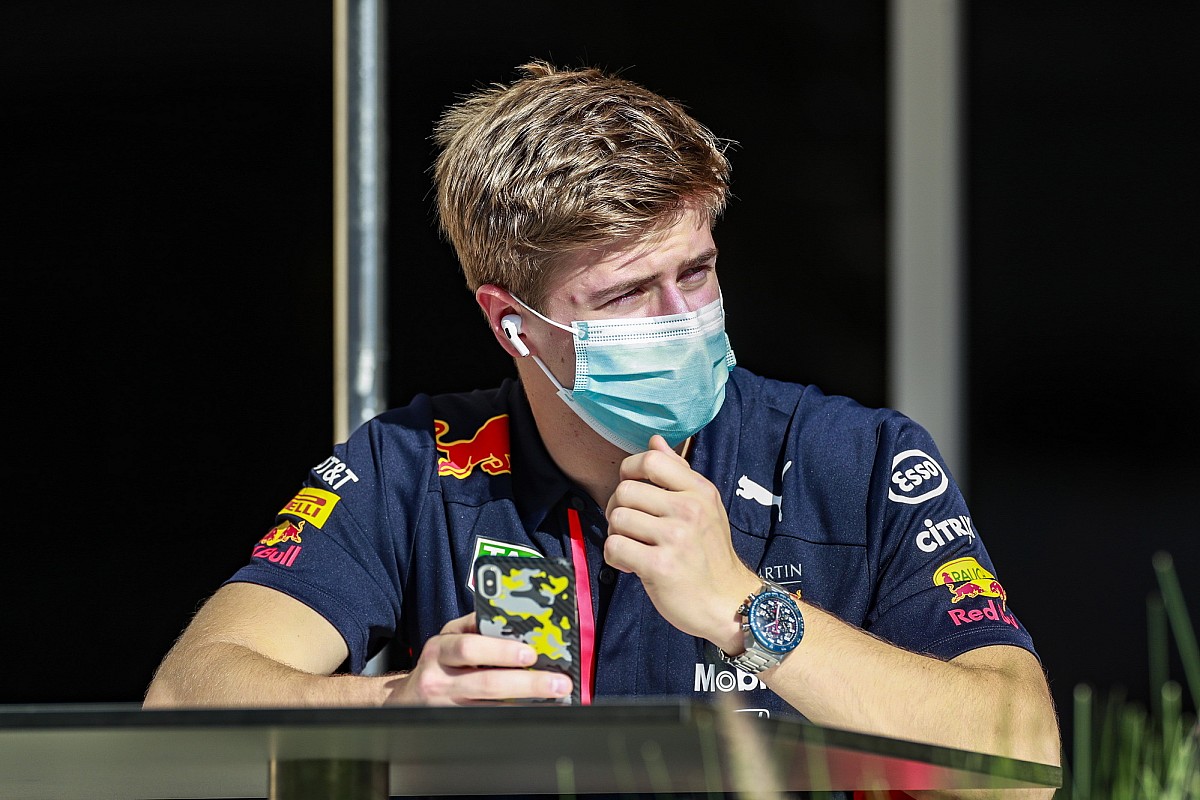 Vips, 20, was set to race full-time in Super Formula through the 2020 season with Team Mugen, only for Japan's COVID-19 travel restrictions to complicate plans.

Vips has been on-site with Red Bull as its reserve driver at a number of recent races, taking up the role from the Turkish Grand Prix after obtaining an FIA superlicence.

After making eight appearances in F2 this year as Sean Gelael's replacement at DAMS, it had been anticipated that Vips would be placed into the category full-time next year.

Ahead of Vips' first official F1 test outing with Red Bull in Abu Dhabi next week, team principal Horner said the plan for him to race in F2 through 2021.

"He's a member of the junior team, he's a talent for sure," Horner said. "He's had a difficult year this year because he was meant to race in Super Formula in Japan and it didn't really happen for him.

"He got some races in Formula 2, but he's definitely a talent. He'll be racing in Formula 2 next year."

Vips completed all three days of F2's post-season test in Bahrain this week with Hitech Grand Prix, and is expected to race for the team next year.

Vips partnered fellow Red Bull junior Liam Lawson at Hitech throughout the test running, with the pair ending up fifth and sixth fastest in the final classification.

Lawson has spent the last two years racing in Formula 3, finishing fifth in this season's championship with Hitech.

Only four seats have been confirmed so far on the F2 grid for next year. Prema Racing has retained Robert Shwartzman for a second year, and will also field F3 champion and Renault junior Oscar Piastri.

Felipe Drugovich will move to UNI-Virtuosi for his second year in the category after an impressive rookie campaign that saw him win three races, while Ralph Boschung will return to Campos for a third stint.