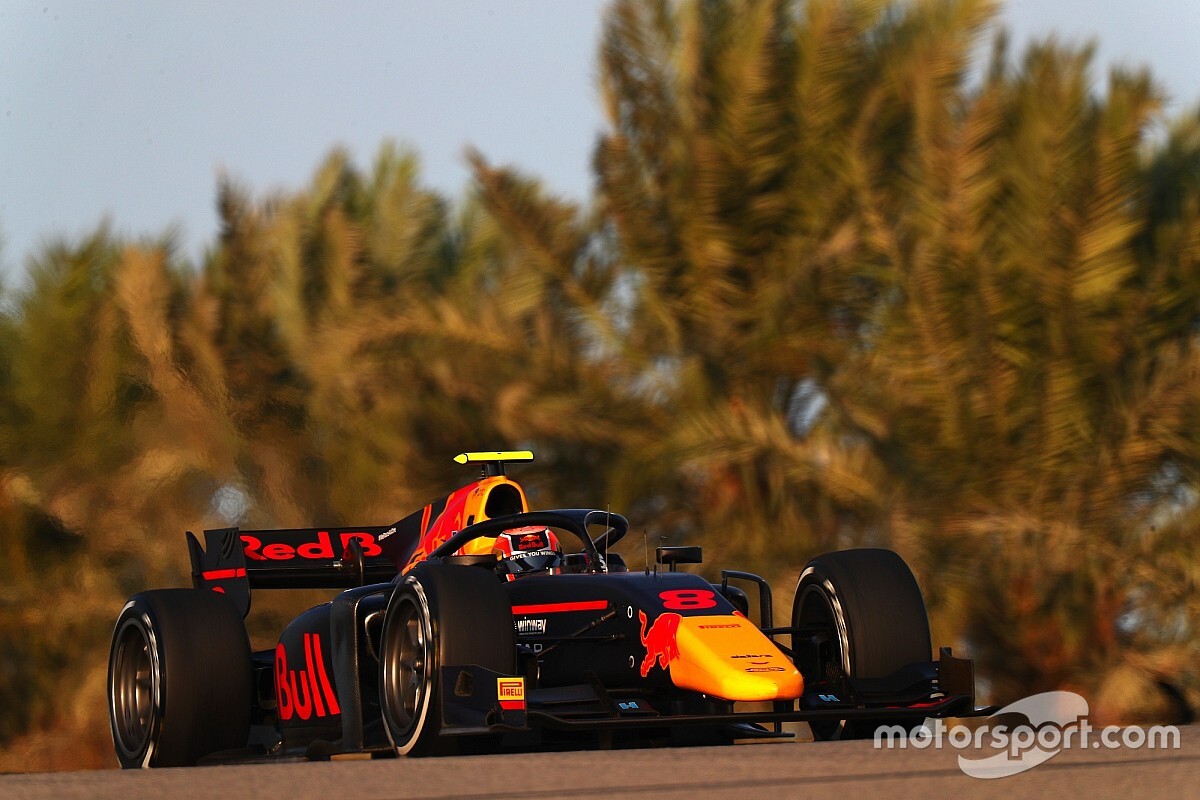 Having set the pace on the opening day of the test with a time of 1m41.848s, the Indian driver lowered the benchmark further on Wednesday to a 1m41.686s to lead Shwartzman and Carlin teammate Dan Ticktum.

It was Campos driver Ralph Boschung who held the top spot on the timesheets in the morning session, a 1m42.244s putting him just 0.027s clear of Daruvala.

But while Boschung failed to improve his time in the afternoon, Daruvala posted a 1m42.034s at the 90-minute mark to lead Ticktum’s best effort of 1m42.438s.

The two Carlin drivers remained at the head of the order until the final 10 minutes of the session when Shwartzman set the first sub-1m42s time of the day to snatch the top spot from Daruvala.

However, the Indian driver fired back in the dying minutes of Wednesday’s running, eclipsing the Prema’s driver time of 1m41.853s by 0.167s end the day the quickest of all.

Ticktum improved to a 1m42.050s late on to retake third, having been dislodged from the spot by the Hitech of Liam Lawson.

Lawson’s effort of 1m42.177s was good enough for fourth, while Boschung completed the top five with the time he had set in the first part of the day.

David Beckmann was ninth after taking over the #11 Charouz car from Callum Ilott, this year’s runner-up with Virtuosi, as teammate Guilherme Samaia rounded out the top 10.

The afternoon running was interrupted by two separate red flags, both being shown in the final hour; HWA driver Matteo Nannini came to a stop at Turn 8 for the first, while 2020 Formula 3 runner-up Theo Pourchaire spun at the same corner later to bring out a second stoppage.

The post-season F2 test will conclude at the Bahrain International Circuit on Thursday, with another six hours of running split across two sessions.