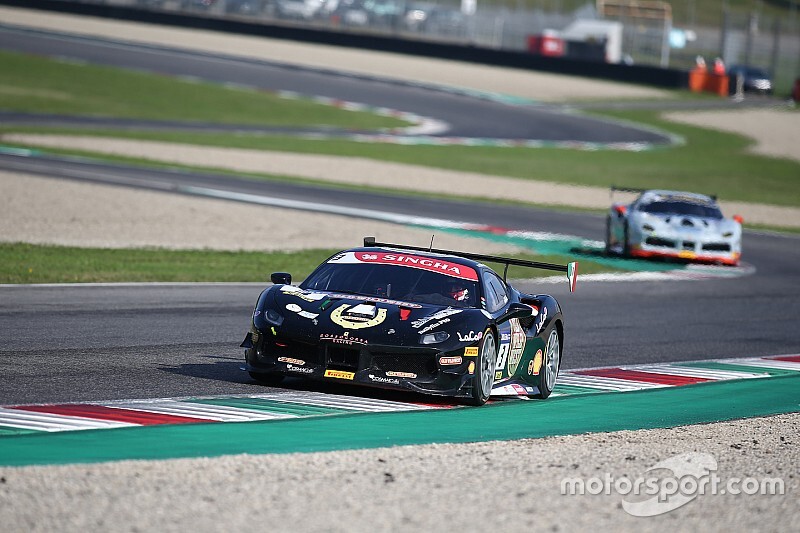 Niccolo Schiro took pole for the final round of the Ferrari Challenge Europe at Mugello, as 0.14s covered the top four.

After red flags plagued yesterday’s qualifying session and resulted in a mad dash at the finish, Rossocorsa driver Schiro was one of several drivers who elected to put in an early banker lap at the start of the session, but his benchmark time was soon beaten by Thomas Neubauer (Charles Pozzi – Courage) who had started from the back of the grid for race one following a crash in qualifying.

Prette (Formula Racing) waited until the half-way point in the session before appearing and setting the first time under 1m52s, but a swathe of improvements bumped him down to fifth by the end.

Schiro vaulted back to the top with a 1m51.740s, which appeared to be under threat from race one winner Adam Carroll (Ferrari Budapest) until the Northern Irishman caught traffic in the final sector and ended up just 0.054s adrift.

Behind Carroll, Chris Froggatt will start third in his HR Owen entry, with Octane 126 driver Bjorn Grossmann alongside.

Prette will share the third row with Neubauer, with Sam Smeeth (Baron Motorsport) and W Series racer Fabienne Wohlwend (Octane 126) behind them in seventh and eighth.