By:
Julian Thomas
, Journalist
Listen to this article

The Finn, who at the start of the season was the youngest entrant in the Challenge line-up, led from start to finish in the 30-minute finale, which actually only saw approximately nine minutes of flat-out racing after several cars span or crashed into the barriers, bringing the safety car out on two occasions.

Once again, the Ferrari Challenge Trofeo Pirelli World Final race was a spectacular one-off dash for glory, bringing together the top drivers from the European and North American series.

Niccolò Schirò (Rossocorsa), who had made the World Final the focus of his efforts this year, tried as hard as he could, but was ultimately outpaced by his Finnish rival and had to settle for the runner-up slot.

Cooper MacNeil (Ferrari of Westlake) was the top North American driver in the race, taking the final podium place in third after holding off a couple of determined attacks from Denmark’s Frederik Paulsen (Formula Racing) in the decisive last few minutes of racing.

Christian Brunsborg from Denmark took home the AM trophy with a great race to fifth, but the Formula Racing man was under a lot of pressure from Enzo Potelicchio (Ferrari of Central Florida), who finished right behind him.

The biggest loser in today’s race was the unfortunate Michelle Gatting (Scuderia Niki-Iron Lynx), who got a bad start from second place on the grid and then got caught up in the chaos exiting San Donato on the opening lap, which saw five cars involved in two separate incidents.

When the racing resumed, the Trofeo Pirelli champion was down in a lowly eighth and she was only able to get past Hugo Delacour (Scuderia Monte-Carlo) to advance one position. 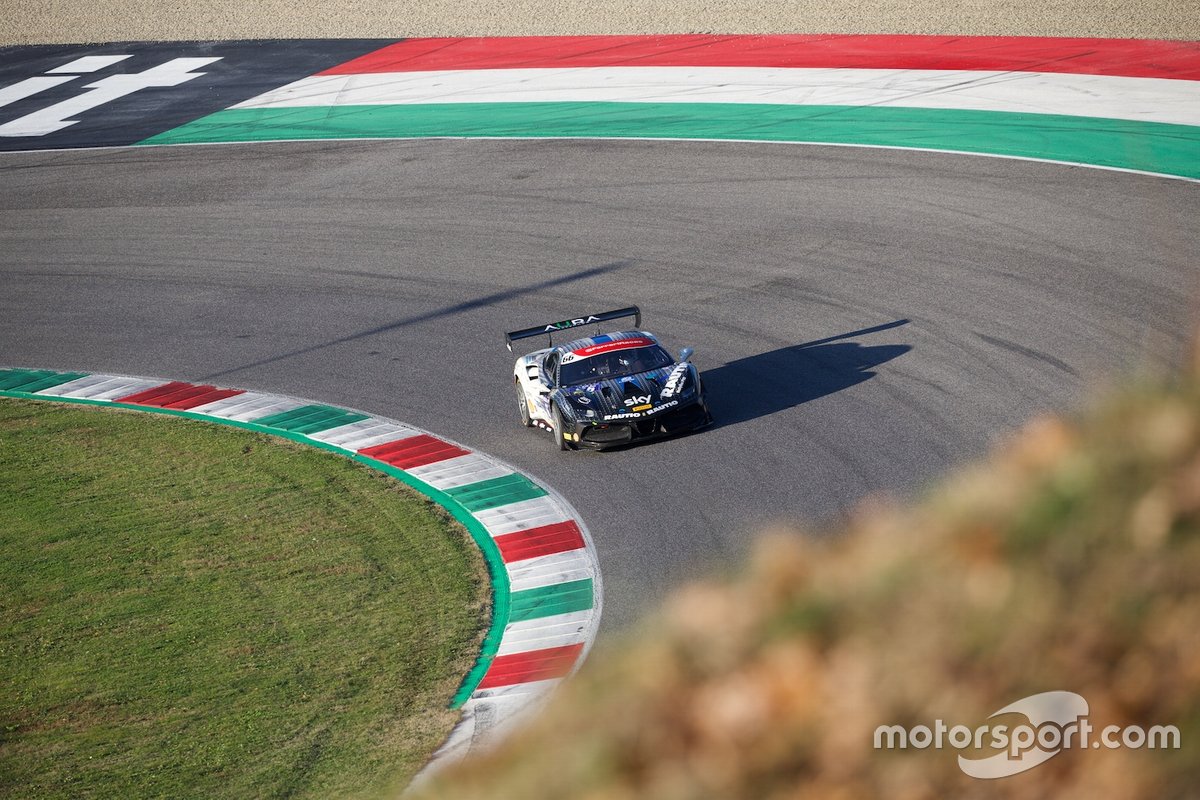 Imola to host the Ferrari Challenge World Finals in 2022

Lamborghini | Race 2 Grand Finals AM: World titles go to Lewandowski and the Semoulins