AlphaTauri driver Pierre Gasly says the damage his car sustained on the kerbs in the final Formula 1 qualifying session in Qatar was “shocking.”

The Frenchman went over the kerbs at the penultimate corner, breaking the front wing off his car, puncturing the right front tyre, and damaging the floor.

At the time, he was up on Valtteri Bottas, who claimed third on the grid, but despite not getting his final lap in he still qualified an impressive fourth.

"Quali has been amazing, the whole weekend so far has been really really good," he said. "This track I think is one of my favourites as well, just driving, nice car balance, we are able to really push to the limit.

"Last lap in Q3, I was improving 1.5 tenths, so I think we were very close to Valtteri, I don't know if he was improving or not but our lap was coming really well.

"Outside of Turn 15 I pushed a bit more, it was quite shocking inside of the car to lose the whole front wing and it just blew the whole front right tyre so that was it.

"At the end of the day we did our job, qualified fourth behind the two top teams and it's been so far really impressive weekend from our team." 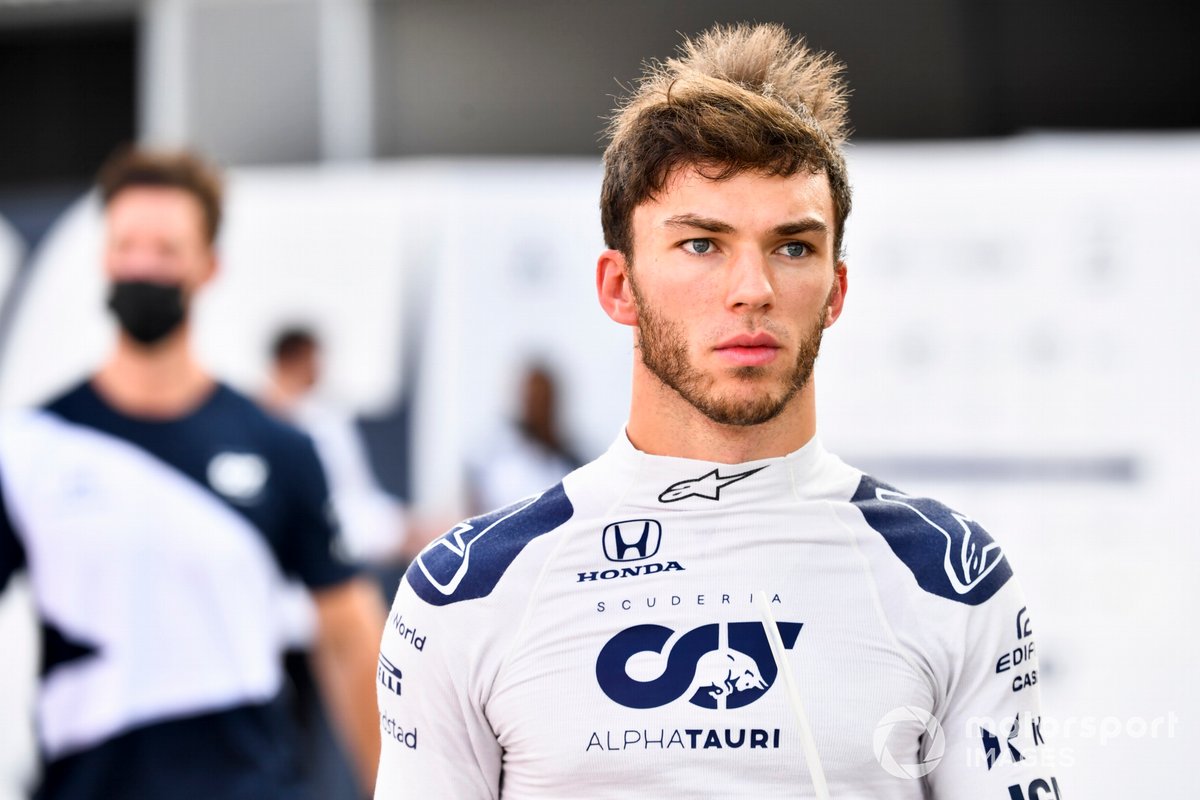 Gasly didn't believe that he'd gone particularly wide, and acknowledged that it was far from the first time in 2021 that he'd lost a wing.

"We know our front wing is really weak compared to others. I lost it in Bahrain, I lost it in Monza, I lost it in Sochi over the different kerbs, so yeah, it just seems to be really fragile. I need to review it exactly, but it didn't seem like I went super wide on it, but clearly it just broke suddenly."

AlphaTauri boss Franz Tost said he had no issue with the Qatar kerbs, despite the damage sustained by the car.

"It's clear, what should I say?," he told Motorsport.com. "I said to the drivers please be careful, respect the track limits, because otherwise the time is gone. And here with these tyres, you can only do one lap and it's gone. And yeah, this happens.

"What I saw on TV was he came a little bit off the track, out on the kerbs, very harsh. Therefore, the front wing endplate touched the kerbs, the wing came off, and then the front right tyre was destroyed.

"But he did a fantastic job, he was a little bit off track, and that's it. He could have maybe could have finished in third position, but anyway, he's fourth."

AlphaTauri started the Qatar GP weekend with seven front wings, and due to kerb damage the team has only four left for Sunday.

Fortunately, Gasly won't be forced to change specification, which would have triggered a pitlane start.

"The front wing is not a problem, we have the same specification," said Tost. "That means we can start from the fourth position. And we will see what's going on in the race."