Wolff explains why Red Bull supply view has changed from 2016 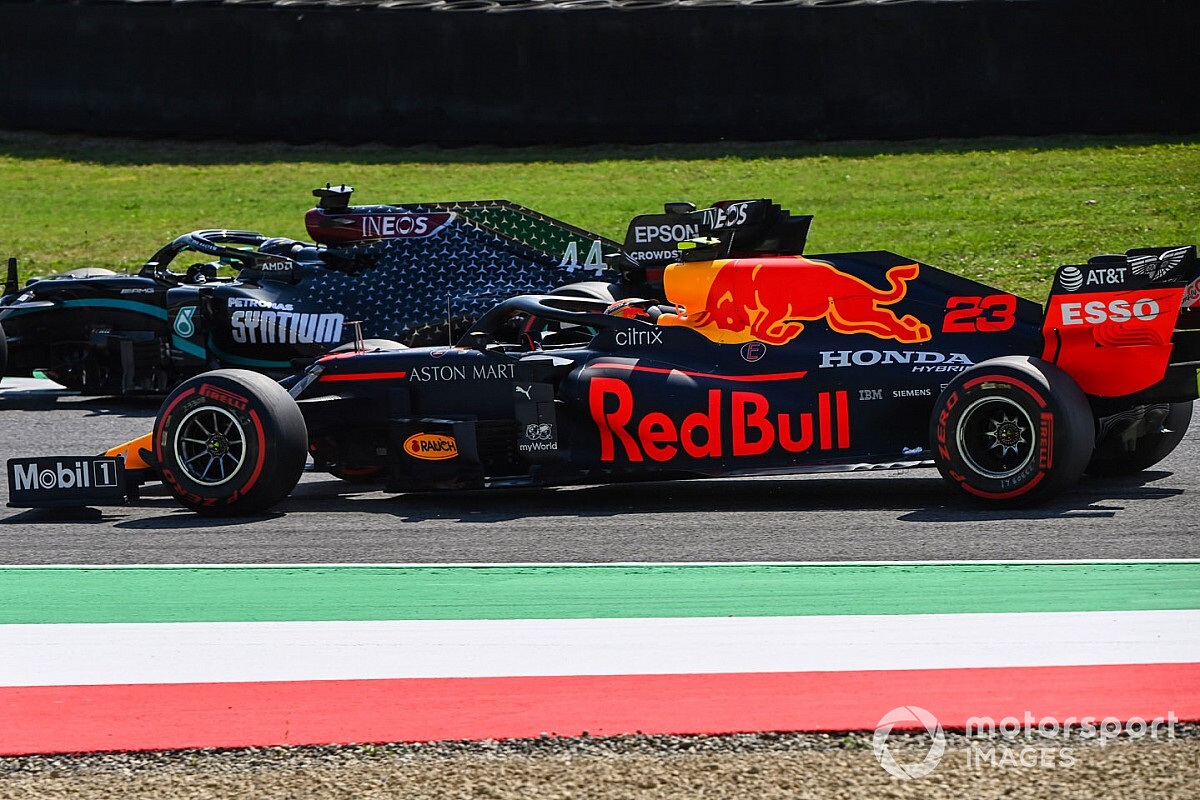 Mercedes Formula 1 boss Toto Wolff says both a lack of capacity and reduced marketing benefit explains his opposition to supplying Red Bull with power units from 2022.

Red Bull is on the lookout for a new power unit supplier after existing partner Honda announced it will be quitting F1 at the end of the 2021 season.

Wolff ruled out the possibility of Mercedes supplying Red Bull with power units over the Eifel Grand Prix weekend, leaving Ferrari and Renault as the only other existing manufacturers who could supply engines.

Red Bull has said its preferred option would be to take over the existing Honda power unit project from 2022, but this would be dependent on an engine development freeze.

Mercedes F1 chief Wolff was previously open to working with Red Bull back in 2015 when the team was trying to cut ties with Renault. Discussions made it all the way to Mercedes’ board level, where the plan was ultimately rejected.

Asked by Motorsport.com what had changed in his view since 2016, Wolff explained that a deal now would not only offer reduced marketing benefits, but would also further stretch the capacity of Mercedes’ High Performance Powertrain division that is already set to supply three other F1 teams from 2021.

“Back then, the idea was that Mercedes and Red Bull could work together on marketing,” Wolff said.

“We were interested in the platform that Red Bull provided, as they are a super cool brand and very innovative on what they do. This is what I said to Christian [Horner], and if we are able to somehow link the two and find an alliance, something on the Daimler board level, would at least allow a proper consideration. But it never came to fruition.

“Today it is simply a capacity problem. These power units are very complicated. We are in a situation that we can’t just expand continuously, like all of us at Daimler.

“From a logistical point of view, from a cost point of view, it is not possible for us to supply Red Bull with a power unit. And from a marketing point of view today, power unit suppliers haven’t benefitted greatly from working with teams.

“This is the reason why we bought the team, and why we didn’t stay a power unit supplier, and I think we are reaping the benefits of having a team.

“It isn’t really our priority to supply engines. We build them and we race them in our cars, and obviously to refinance the costs we supply them to customers.”

Why Vietnam cancelled a race that was not going to happen

Schumacher helmet "one of coolest gifts in sport" - Ricciardo

Why F1 could be blundering with its landmark new circuit deal

Why F1 could be blundering with its landmark new circuit deal

How Did The Cold Affect F1's Nürburgring Race?