Wolff hints at Mercedes stay amid links to F1 role 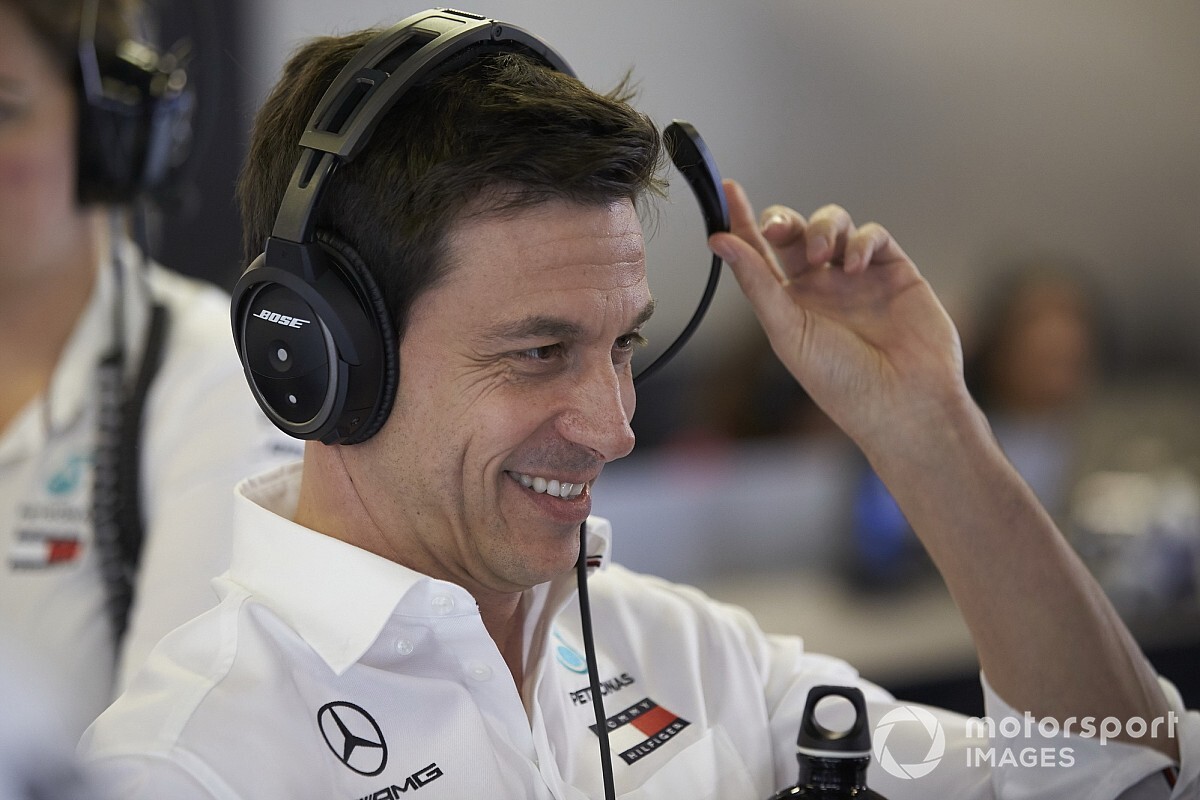 Mercedes boss Toto Wolff has dropped the firmest hint yet that he will stay on in his current role, despite ongoing speculation linking him to a position running F1 from 2021.

On the back of his success with the German car manufacturer, which has won six consecutive world title doubles, Wolff has been viewed as a potential candidate to lead Liberty Media’s control of F1.

Current CEO Chase Carey only has a short-term rolling contract and made clear at the recent Abu Dhabi Grand Prix that he was not interested in ‘building careers’ at this stage of his life.

That situation has led Liberty to consider alternatives, with Wolff understood to have been sounded out about his potential interest in such a position.

Wolff’s future has also been singled out by Lewis Hamilton as a key factor in his own decision to stay at Mercedes beyond 2020, with the pair having built up a strong relationship over recent years.

But while Wolff admits that he has a decision to make about his long-term plans, he has suggested that moving away from the thrills of running a winning team is not particularly attractive.

Asked by Motorsport.com about his future, Wolff said: “What I found out is that I enjoy the relationships within the team and the relationships to the decision makers in Daimler. That is a fundamental part of my well-being.

“They have really trusted us and given us all the room that we need to make this team successful. And I'm not taking it lightly to come up with the right decision for all of us.

"This is a process that's going to take a little bit of time, but I don't see any surprises as it stands.”

Wolff made it clear that he was as transparent with Hamilton about his own plans as his driver was with him as they work towards a 2021 deal.

For example, it is understood that Hamilton was open with Wolff about recent discussions he had had with Ferrari president John Elkann.

Wolff added: “The two of us have been together for quite a while and we trust each other. We have gotten through difficult times together and we have come out stronger with a better bond. And besides us, there are many others who form part of the inner circle within the team.

“Of course we talk all the time, where we see the team going and Lewis's career going.”

The Elkann talks, and Wolff saying he was ‘totally fine’ with them taking place, have triggered the 2021 driver market silly season.

But Wolff sees no need for concern about losing his star driver.

“In terms of the silly season, it's normal,” he said. “You guys drop us little grenades. Sometimes we pick them up and they explode in our hand.

“It's part of the narrative and it's good to know over the winter these talks happen. But at the same time, the two of us talk all the time about it.

“There have been never surprises. When things came out in the press it was weeks or months that we knew about each other and what our thinking was. So it's part of Formula 1, I guess.”

Lauda named Personality of the Year at FIA prize-giving

Alonso hits back at "self-centred" suggestions