Wolff sees "agenda" behind rumours he could replace Carey 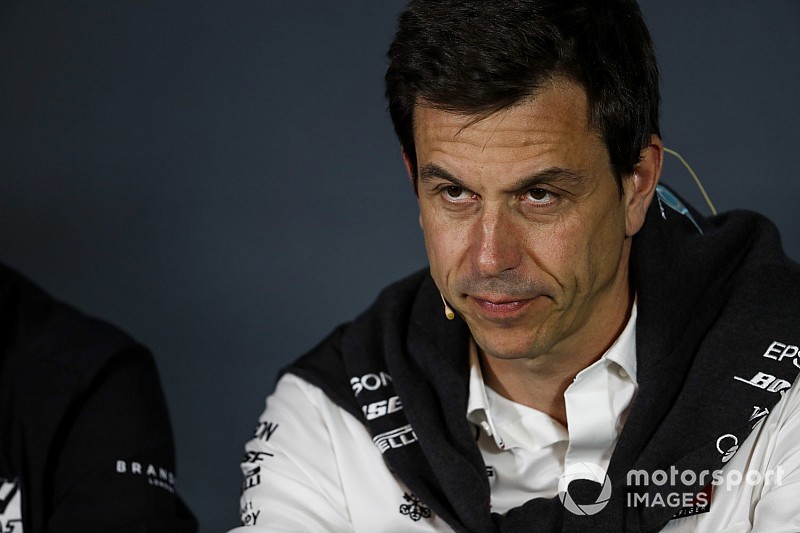 Mercedes boss Toto Wolff suggests there is an "agenda" behind ongoing rumours that he is being lined up to replace Chase Carey as a future Formula 1 chief.

Wolff's success at Mercedes has made him one the candidates singled out as a potential replacement to run F1 in the future.

The speculation surrounding Wolff has prompted concern from rivals that he could have conflicting loyalties when it comes to fighting for teams amid discussions over the new rules coming in to force for 2021.

But Wolff has moved to play down talk of the Liberty link, and he suggests that ongoing stories are being pushed because of other motivations.

"I wonder who put my name out there?" said Wolff, speaking exclusively to Motorsport.com.

"Maybe there is an agenda about putting my name out to actually trigger scepticism. But interestingly, none of that is happening and I haven't applied for a job.

"I am in a really happy place at Mercedes. I enjoy my role representing one of the best brands in the world and, having been given the autonomy to run the team in the best interest for Mercedes, as a partner of Mercedes, I really enjoy the relationships within the team, and the relationship with my Daimler friends.

"Fundamentally I am a lap time person. I like the competition. So whatever is being put out there by somebody is not coming from me, and it is not reflecting the situation."

While Wolff is playing down the links to Liberty, he does admit that the sport has a great opportunity to become bigger and better over the next few years if it has has the right man at its helm.

"The sport is a super exciting property," he said, when asked if he would be interested in the Liberty role in the longer term.

"It is one of the big global sports properties and I think we have a real chance to make it the biggest spectacle in the world if we continue to develop what F1 stands for.

"We need to embrace our current audiences and fans, and potential audiences that we haven't tapped yet, plus embrace new technology.

"I hope very much that, as a Mercedes team principal and Mercedes shareholder, we and all the other teams can benefit from the growth of F1."

McLaren has "the kind of package we're looking for" - Ricciardo

The rise of driver power in Formula 1