Wolff: Hamilton, Russell in same team could be "wild ride" 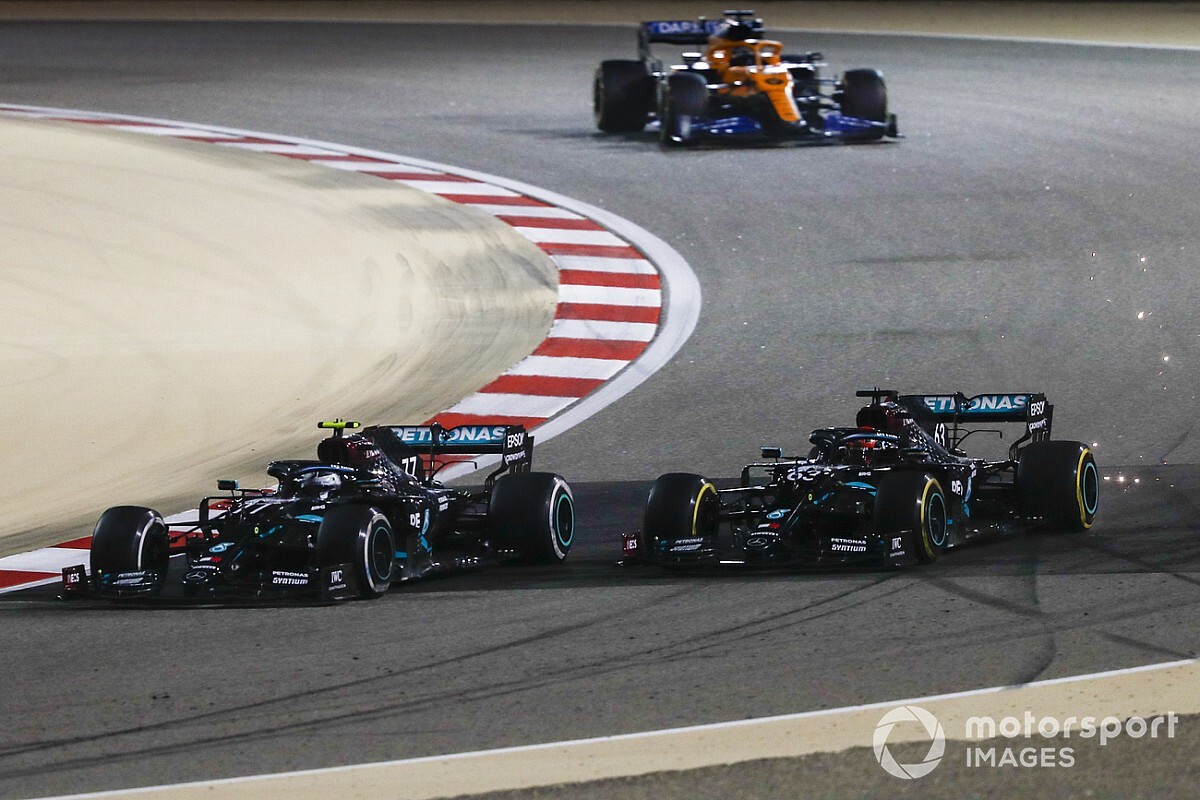 Russell was drafted in to parent team Mercedes for the Sakhir Grand Prix after Hamilton tested positive for COVID-19, stepping up from his regular seat at Williams.

Russell qualified second and dominated the majority of the race in Bahrain, leading a grand prix for the first time in his career, and looked on course for victory before a pit stop mix-up caused by a radio failure.

Russell fought back from fifth place under the safety car to sit second entering the closing stages before a late puncture dropped him back to ninth in the final classification.

Mercedes team principal Wolff insisted earlier in the weekend that he was not treating the race as a shootout between Russell and Bottas to be Hamilton’s teammate from 2022.

But the 22-year-old’s performance won widespread praise throughout the F1 community, only adding to the growing calls for him to one day move into a senior Mercedes seat.

Asked if there was any way Russell could land himself a Mercedes seat for next season, Wolff dismissed the idea, but pondered what a future partnership with Hamilton may look like.

"He's a Williams driver, he signed up to Williams and our driver line-up is Valtteri and Lewis,” Wolff said.

“So I don't see this as a realistic situation at that moment of time.

“But I can understand that it would be an interesting situation to have been both in the team and maybe a bit of a wild ride for all of us. Maybe that will happen in the future.”

Wolff said that Russell’s display would give Williams greater reference of his performances for the team, but that he remained unsure what the future would hold beyond the end of the existing deal between the two parties in 2021.

“George has always been a Mercedes driver, and he’s a Williams driver now, and I think they can be proud of what he’s done today,” Wolff said.

“They will know that his lap times in a Williams are probably the benchmark.

“Now we need to see what the future holds. To be honest, I haven’t made up my mind what that means for us.”

As disappointed as Wolff felt after missing out on victory with Russell, he stressed it should not be regarded as a sad day, but instead one where the potential of his young driver was confirmed.

“This is a day where we learn as a team, when we are in a tough fight about a championship, I wouldn’t want the radio to fail.

“And we learned that George Russell is somebody to count on in the future. He has all the potential and all the ingredients that a star needs, a future star needs.

“In that respect, I’m sad for the result that he could have had in his first race for Mercedes, but on the other side, I’m happy about his performance.”

Ten things we learned from the Sakhir GP