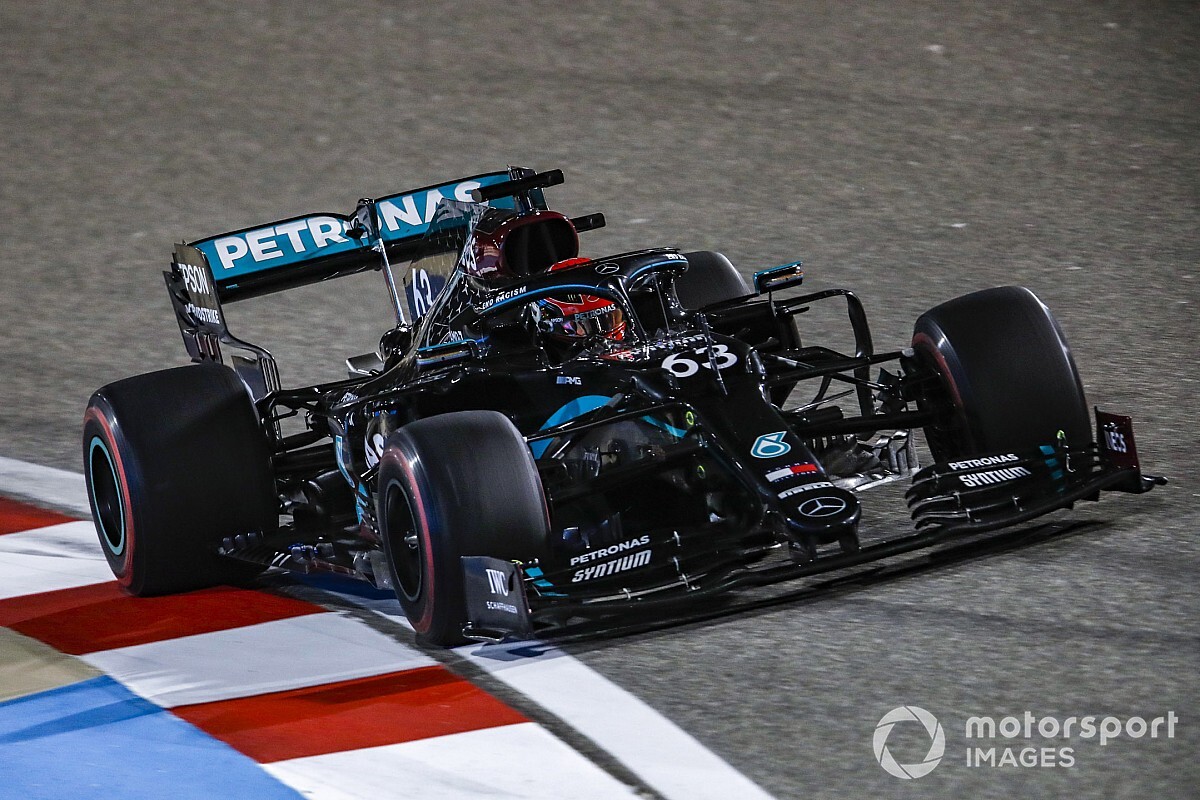 Williams regular Russell will make his first start for Mercedes this weekend in Bahrain after being drafted in to replace seven-time world champion Lewis Hamilton, who tested positive for COVID-19.

Russell hit the ground running in opening practice for the Sakhir Grand Prix, finishing at the top of the timesheets and beating teammate Valtteri Bottas by three-tenths of a second. He then repeated the feat in FP2, as Bottas had his soft-tyre laptime deleted for exceeding track limits.

But Mercedes team principal Wolff called for calm in the wake of Russell’s result, feeling there were a number of factors to consider and not get too excited about.

“We need to calm everybody down, because it was a first session on a new and short circuit,” Wolff said after FP1. “He delivered a really solid job, what we expected from him on a single lap.

“The long runs are difficult with all the cars anyway, and difficult to really establish a benchmark because Valtteri broke his car very early on in the [FP1] session.

“He wasn’t really able to stop it properly. So I would say I’m happy with what George has done. It’s about what we expected him to.”

Russell has been part of Mercedes’ young driver programme since the end of 2016, and is the first member to race for its works team.

The British driver is yet to score a point in his F1 career, but has impressed with his performances for the backmarker Williams squad, as well as winning the title in Formula 2 and GP3 Series prior to joining the grid.

Wolff felt Russell’s mentality and talent had been proven throughout his career, meaning he had no issues stepping up to a front-running car and dealing with the related pressures.

“He’s somebody that is generally relaxed,” Wolff said. “He comes across on the radio as chatty and buzzing, but driving the car, in the debriefs, he’s very focused and calm.

“The race record that he has, winning GP3, winning F2, both in the rookie years, and the maturity he has shown from a very early age stand out.

“I remember him coming to my office when he was 15 or 16 years old with a black suit and a black tie with a powerpoint presentation why Mercedes should support him. So very mature for his age.

“But probably well-suited from his personality to jump in the car in such a high-pressure situation.

“Let’s keep both feet on the ground, it’s FP1. We haven’t discussed it, [they] haven’t been taken out in anger, and haven’t raced yet.”