Why AlphaTauri confirmed a driver already “100% confirmed” for F1 2023

Today’s confirmation from AlphaTauri that Pierre Gasly would be staying put for 2023 was perhaps the least surprising announcement so far this year in Formula 1.

Last week in Canada, team principal Franz Tost made abundantly clear that Gasly was going nowhere, saying he was “100% confirmed” at the team for 2023. When he was asked to expand on how talks with Gasly had gone in a 90-word question, Tost took just 10 to deadpan back: “He has a valid contract. There’s nothing more to say.”

The hubbub that followed seemed surprising. It wasn’t new information that Gasly was under contract for 2023. Back in March, he told Motorsport.com in an interview that it was “not confidential anymore that I have one more year after this year on my contract.”

Yet Tost’s comments last week and today’s announcement from AlphaTauri have nevertheless been seen as big steps forward in the driver market narrative heading towards 2023.

While Gasly was under contract for next year, it is important to note that the deals have always been with Red Bull, not specifically AlphaTauri. This has given Red Bull the freedom to place him in whichever of its teams it sees fit, hence the ease with which he returned to Toro Rosso in 2019 after his difficult 12-race stint at the senior squad.

Heading into the new season, the future of Sergio Perez was always going to be one of the big elements of the driver market for this year. Typically, Red Bull had waited until later in the season to make any decision on it, and the Mexican’s first year alongside Max Verstappen had hardly set the world alight. Had he slumped in 2022, then Gasly would surely have been knocking on the door to swoop in and secure the return to Red Bull he has craved.

But Perez has been in scintillating form so far this year, resulting in a very quick conclusion to contract talks. In the days following his victory in Monaco, Perez was confirmed at Red Bull not just for 2023, but, surprisingly, for 2024 as well. 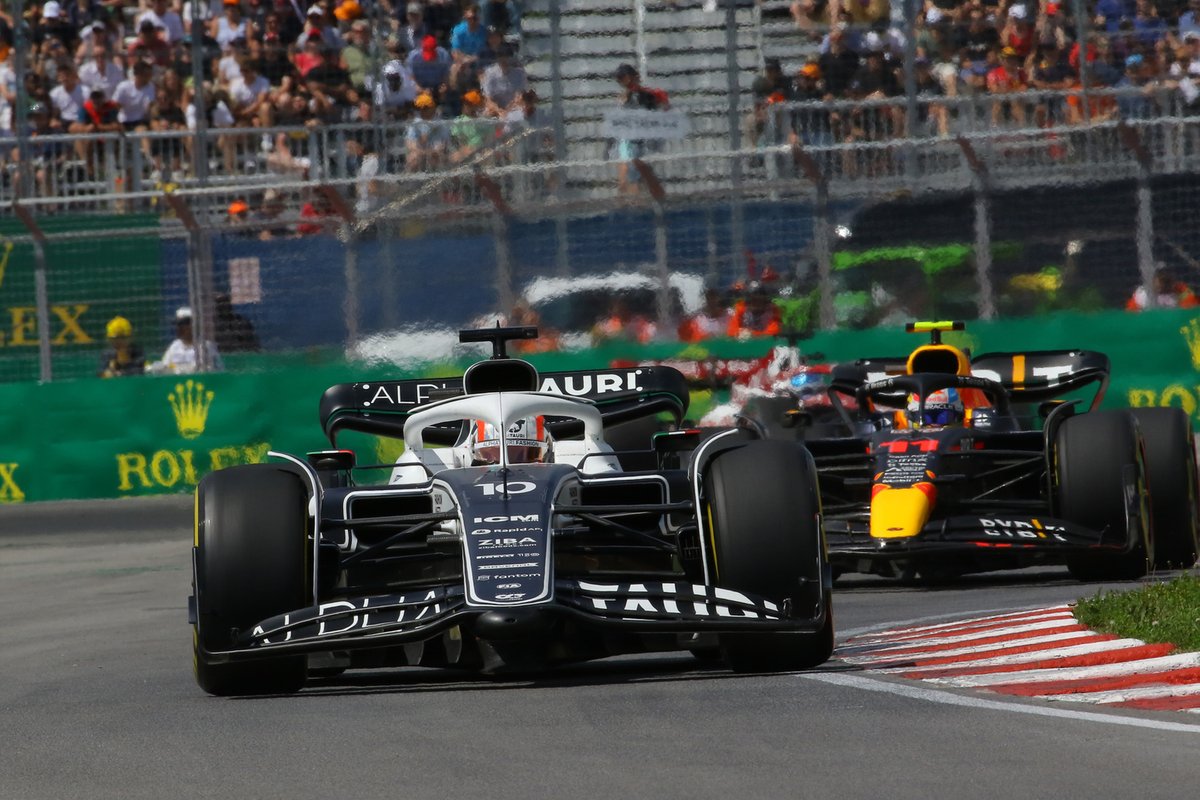 The news was seen as a blow to Gasly, who would have seen 2024 as a natural break point to say to Red Bull ‘use me or lose me’ - a scenario that Red Bull advisor Helmut Marko even accepted was likely back in March.

In Baku, Gasly said it was “logical” for Red Bull to retain Perez, who “ticks all the boxes” for what the team is looking for in a teammate to Max Verstappen. He added that “beyond 2023, I consider all options.” By then, he’ll have the kind of reputation and freedom in the driver market that will surely make him a very hot property.

Yet that is exactly why it was important for AlphaTauri to make clear Gasly is not going anywhere for next season, as silly season prepares to step up a gear.

Gasly has been one of the most consistent performers in F1 over the past couple of years. He is a race winner, a podium finisher, and regular points-scorer for a small team that he leads. For any team on the lookout for an experienced driver to join their line-up, he meets all of the criteria you could want. His one shot at a top team may have fallen short, but the same was true of Perez at McLaren in 2013; he took the long route back after years of hard work and underdog displays in the midfield, not too dissimilar to Gasly.

One of the most obvious teams that Gasly could have been linked with is McLaren amid uncertainty over Daniel Ricciardo’s future. Like Gasly, Ricciardo’s contract is in place to the end of 2023, but McLaren Racing CEO Zak Brown’s recent comments, including confirmation there were “mechanisms” in his contract that allowed for an early exit, led to doubts the Australian would still be at Woking next year.

Brown said in Canada that his relationship with Ricciardo had “never been better” and stressed how the focus from McLaren had to be on giving its drivers a better car - something Lando Norris was fairly forthright about after the difficult race on Sunday. “Things could be going better,” Brown said of Ricciardo’s form, “but we're going to work hard and make sure that they do in the future.” 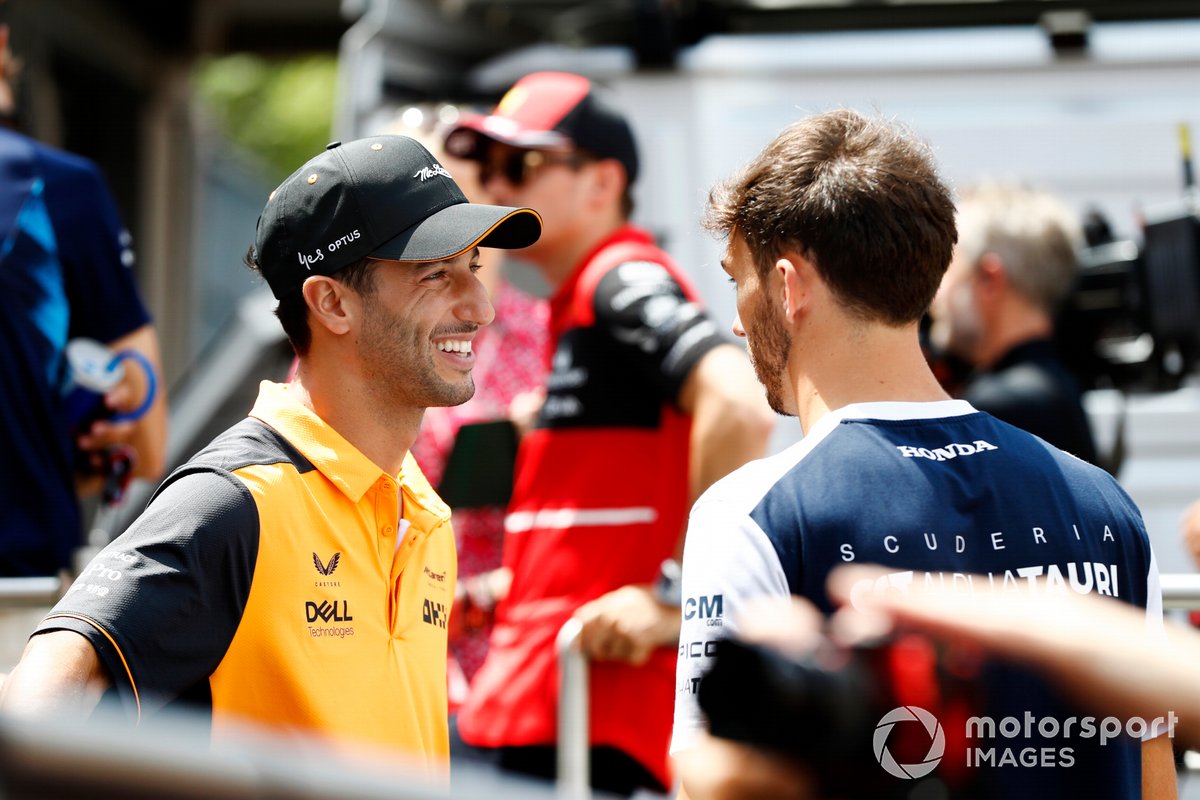 In terms of other options for next year, Gasly didn’t have too many other places that could have appealed. Aston Martin and Haas are the only teams there are real question marks over right now as Sebastian Vettel and Mick Schumacher, respectively, near the end of their deals. Oscar Piastri looks nailed on to replace Nicholas Latifi at Williams, joining on loan due to the lack of room at Alpine, where Fernando Alonso is showing little sign of wishing to call it a day.

But today’s confirmation is nevertheless a show of public faith between Gasly and AlphaTauri, putting to bed any suggestions that he could drive elsewhere near season. Gasly said in the press release confirming him for next year that “being able to plan our development with the team for the next 18 months is a good working basis for the future.”

But the confirmation does far more than that: it also outlines an 18-month period for him to give the best audition he can to land a seat with a bigger team if he wants to realise his aspirations of fighting near the front on a regular basis.

The 2024 season is when things may truly move in the market, given the number of drivers that will be out of contract by then. For Gasly, that will be when talk about his future becomes all the more intriguing as new opportunities crop up.